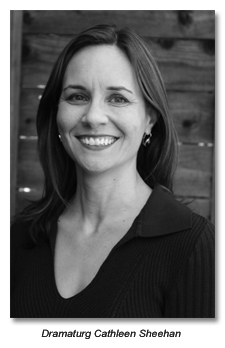 “Man is least like himself when he talks in his own person.
Give him a mask, and he will tell you the truth.” —Oscar Wilde

Masks serve two purposes: they present a certain face to the public—the persona one is willing to share—and they hide something else, less presentable, perhaps. I like the above quotation for its suggestion that we need the protection of the persona to reveal our true selves. In other words, the mask both reveals even as it conceals. This seems an apt quotation both for this play and for Wilde himself.

“An Ideal Husband”— the title itself suggests an impossibility— especially in light of the following Wilde quotation: “I think that God in creating man somewhat overestimated his abilities.” Can a person embody an ideal? Isn’t an idealized image necessarily a false one or at least an incomplete one? This play addresses a man’s public life as well as his private life— and the mistake in his past that may destroy both. In An Ideal Husband, Sir Robert Chiltern must maintain a certain public persona if he is to be a successful politician— and, as the title suggests, a successful spouse, as well.

Wilde used his words— his plays and his epigrams— as his masks, as a way to play with the truth and the importance of a sense of self. Wilde was a man who in many ways had masks placed upon him posthumously almost as much as he chose his masks in his lifetime. He carefully cultivated his own public image, and his rise to fame as a playwright ensured that he would always have an audience for his wit— which was exceptional. However, he can be somewhat reduced by the labels often placed on him, and he possessed a multifaceted and somewhat conflicted identity.

So, what defines a man most? This is one of the questions of this play, I think, and one which relates to Wilde’s life as well. What makes Sir Robert who he is— an indiscretion of the past, or his integrity in the present? Do we want his public mask to be discredited and removed? An Ideal Husband centers on the importance of possessing both a spotless public image and an unquestionable private integrity. But as the play suggests, these qualities or ideals of human behavior may well be beyond human ability and may not even be as desirable as we might think.

In his plays and one novel (The Picture of Dorian Gray), Wilde seems to know exactly how society works in London and to take great pleasure in both embracing its conventions and challenging its flaws. For this reason, it is sometimes easy to forget that Wilde was an Irishman and that however much he embraced and was embraced by English society, he was also an outsider—or perhaps an insider with an outsider’s critical eye.

Although produced in the same year as The Importance of Being Earnest, An Ideal Husband is a more bitter comedy. For all the play’s wit and humor, there is a real danger here to people’s lives in the form of a potential scandal. In An Ideal Husband, we are not really in a world of easy distinctions— although the society in which we circulate here seems to want to function as a place of clear denotations. Although witty beyond our reality, Wilde’s characters possess greater dimension than stock farce characters and challenge overly simplistic distinctions of what is right and wrong, good and bad. Sir Robert Chiltern is an upstanding man, irreproachable politician, and an ideal husband, it would seem. But again, Wilde knew the impossibility of a man being completely defined by a perfect persona.

It is difficult not to see in this play a foreshadowing of the very public scandal that ruined its author. Wilde did not know what would happen to him when he wrote this play, but what did happen to him leaves us with a dark sense of irony. He seems to understand the very real threat of a scandal in this play—a threat to both the public and private lives of a man—and yet, in some ways, he brought about his own scandal.

The very year this play was produced, Wilde engaged in the legal suit that would eventually lead to his destruction. Wilde possessed both a compelling public image and drawing room persona— and was taken down by a particularly brutal scandal. While he seemed to construct his own persona effortlessly, churning out more witticisms than seem humanly possibly, Wilde himself embodied more complexity and contradiction than his public image conveyed.

Wilde’s identity is often reduced to simple phrases. While he seemed at times to court a kind of superficial assessment— projecting the pose of the dandy, for example— Wilde does not fit easily into the categories often used to define and therefore reduce him. Yes, he was a dandy of sorts, a writer, most certainly, and an Irishman, less obviously. He was also a husband—married to Constance Lloyd in 1884 and the father of two sons. His sexual identity fueled not one but three trials, and his affair with a man of capricious temperament— a man who may well have been the love of this life—eventually ruined him.

Oscar Wilde met Lord Alfred Douglass in 1891. The son of a pugilistic father, the Marquess of Queensbury, Douglas was young and attractive, the would-be poet who famously wrote of the love that dare not speak its name. By all accounts I’ve read, Wilde was utterly besotted with him. Douglas also had a tendency to throw tantrums in public— something that certainly drew negative attention to Wilde.

The details of the scandal itself and of the trials that followed would almost be amusing if they did not have such dire consequences for Wilde. Queensbury, distressed at the information he was gaining about Wilde’s relationship with his son, went to Wilde’s club and left a note for Oscar Wilde, the sodomite— or rather he intended to write “sodomite.” What he actually wrote was “somdomite.” What followed was a series of bad decisions on the part of Wilde.

Apparently fueled by the influence of Douglas, Wilde sued Queensbury for criminal libel. In the course of that trial, Wilde became the focal point of the Crown’s desire to expose him as a homosexual. There were anti-sodomy laws on the books, and Wilde was just in the wrong place at the wrong time—or in the right place at the right time if you were looking for someone to make a public example.

The transcripts of the trials read as almost farcical at times— but then descend into something much darker. Wilde could hardly control his tongue and throughout much of the trial, certainly was wittier than his opponents. However, after a misstep or two when Wilde more or less admitted to homosexual behavior, the tables turned on him.

He dropped the suit, but it was too late. The Crown was planning to put him on trial for Gross Indecency. He friends told him to leave. He refused—again, it’s thought at the urging of Douglas, but his mother also influenced him to stay, drawing on her notion of Irish patriotism in the face of English persecution. The first trial of the suit brought against Wilde concluded with a hung jury; the second ended with Wilde being found guilty and sentenced to the stiffest punishment under the law—two years hard labor.

Wilde, not a physically strong man, spent two years (1895-1897) in Reading Gaol. Following his release, he left England for France. He and his wife corresponded, but he never saw his children again. Much to the dismay of some of his friends, he reconciled with Alfred Douglas. He contracted meningitis which proved fatal to him and is famously quoted as having said on his deathbed, “Either that wallpaper goes, or I do.” What he is far less well remembered for is his deathbed conversion to Catholicism. He died in 1900 at the age of 46.

Wilde was a man who defied labels much as they are still used to describe him. Hardly surprising then that he would write a play such as An Ideal Husband one which defies the ability of a label to define human nature—and indeed challenges the idea that one can or should be so ideal a politician or person. He also understood the necessity of masks, however, and we perhaps very appropriately project different images of ourselves in different contexts. Wilde’s own multifaceted personality may have seemed to contradict itself or be split into dualities of identity, but there was truth in them all.