On Tuesday, June 10, the Marin Shakespeare Company held the first rehearsal for its 25th Anniversary production of As You Like It. All the rehearsals, I’m learning, have a kind of magic to them, but I especially like the first.

(Well, all the rehearsals, that is, except for tech rehearsals. Ironically, the rehearsals focused on the elements that seem most magical are the least magical in practice: stop and start, stop and start, too loud, too soft, too dark, too bright, and so on, tediously, well into the night. During tech, Shakespeare’s words are nothing more than verbal masking tape, audible marks that indicate where something technical has to occur. Actors during tech rehearsals are basically life-size props the crew has to work around. And because tech rehearsals happen just before previews, those life-sized props tend to be a bit nervy.)

But to me, the first rehearsal has a solemn, irreversible momentum. Sitting on the thrust of the stage, a crowded platform looming over the front rows of the amphitheater, feels like being on the deck of a cruise ship in a classic film scene when the ship pulls away from its moorings, and the passengers wave, and streamers fly out over the gap that is growing between the ship and the dock.

As I drove down Belle Avenue to the Forest Hills Amphitheatre last Tuesday evening, I was looking forward to that first rehearsal, and thinking about the Forest of Arden, the locus amoenus, or green and pleasant place where most of the play is set. 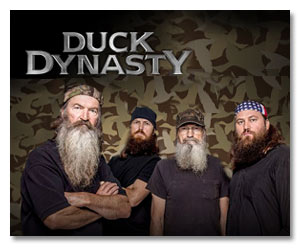 As You Like It is a pastoral drama: in it, Shakespeare plays with a set of Classical conventions that we’ve lost touch with, but were very popular in the Renaissance. Pastoral poetry imagines sophisticated, urban people visiting a simple, rural world where poetical shepherds graze their animals and sing. The pastoral fiction takes pleasure in the exchanges between apparently simple and apparently complicated lifestyles.

A show like “Duck Dynasty” might be a good example of the mix of contrived and authentic that was typical of the Renaissance pastoral.

And as I, a visitor driving in from the City, considered what it might mean to live in exile in the Forest of Arden, lo and behold, right there in lovely, tree-lined San Rafael, a fawn was browsing in someone’s front yard!
For you Marin County residents in a drought-year spring, this is probably a common sight, and may have lost its charm. But I live in San Francisco, where human-type people, not Bambi and his friends, do the browsing, and that usually in natural retail settings, for example, bookstores and the Nordstrom shoe department.

As far as I was concerned, that fawn represented a perfectly pastoral and Shakespearean moment, so I pulled over and took this sn 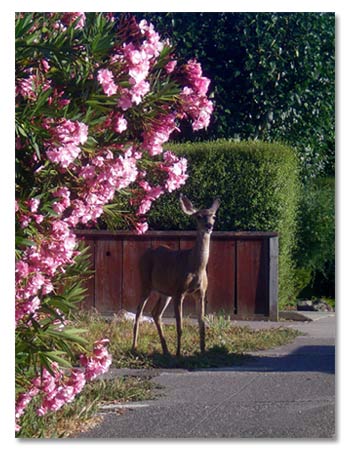 As You Like It takes place almost entirely in the Forest of Arden, a real place in Warwickshire, England near Shakespeare’s hometown, and a fantastical, imaginary retreat; in the play, deer flit in and out of Forest, as apparently they do in the yards and gardens of Marin County.

For me, that fawn was a literary apparition, a native of Classical poetry and Renaissance drama, and an auspicious sighting for the first day of rehearsals of Shakespeare’s As You Like It. For the homeowner, that fawn was a pest, eating his landscaping; for Marin County, that fawn represented a larger environmental problem, a species under pressure from drought and disappearing habitat.

As You Like It takes pleasure in bringing together diverse characters and their contradictory perspectives in one accommodating pastoral place.

In the Forest of Arden, Shakespeare makes all welcome — shepherds, jesters, courtiers, outlaws, lovers, philosophers, villains – fawns and sheep and goats — and gives each player various parts to play, “chiding” and “chiming” in turn. And so this great pastoral comedy offers us its wisdom: “Thou seest we are not all alone unhappy.” (2.7.135)