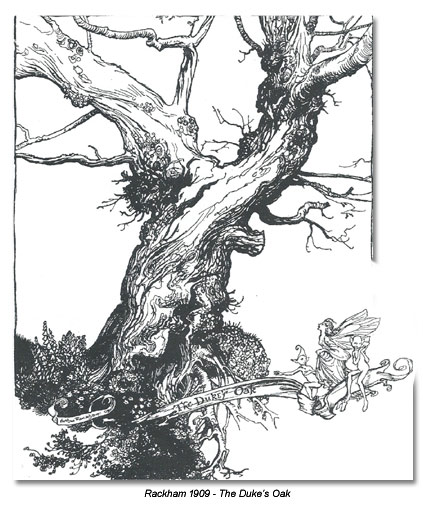 Before we spend time in the green and pleasant place that is the Forest of Arden in As You Like It, I – like Jaques, perversely insisting on the bitter in the midst of sweet – would like to make a case for the literary forest as a study in chiaroscuro, a place where shade contrasts with the sunshine.

Forests in Shakespeare, like those in fairy tales, can be dark, uncanny places. In Macbeth, for example, Birnam Wood creeps up on Dunsinane. The branches of Birnam Wood are used as ordinary camouflage for soldiers, but from Macbeth’s guilt-ridden perspective, the wood seems animated by fate.

The Old Forest in the Lord of the Rings is a similar kind of place: alien, powerful, terrifying. In my last blog, I made reference to Bambi, and Disney is on my mind for this topic, especially the 1937 Disney movie, Snow White and the Seven Dwarves. In it, the wicked Queen pays a hunter to kill Snow White. He can’t bring himself to kill her, and Snow White runs into the forest that, in her terror, seems dark and monstrous, with branches like the evil fingers reaching out for her. (You can watch that sequence here:https://www.youtube.com/watch?v=y2zrs7Irzuw)

After Snow White faints in terror, she wakes up, and sees a different kind of place, a sunny meadow where she is the one who frightens the little forest animals, instead of vice versa. That scene concludes when she sings a duet with the little blue birds, “A Smile And A Song.”

Snow White’s forest becomes a refuge for her, as the Forest of Arden is for Duke Senior, Orlando and Adam, and Rosalind and Celia. Snow White is a princess raised in poverty and servitude, as Orlando was, and finds, as Orlando does, shelter and companionship in a forest, outside a tyrannical court.

To me, the evil forest scene is more effective than the “A Smile and A Song” sing-a-long between the animals and Snow White. That iconic scene is brutally satirized in the first Shrek movie, when Princess Fiona’s singing causes a bluebird to explode, after which Fiona robs the nest and fries the orphaned eggs for Shrek.
(Here’s the Shrek parody of the Disney number: https://www.youtube.com/watch?v=u9B_JPa4TKU ) 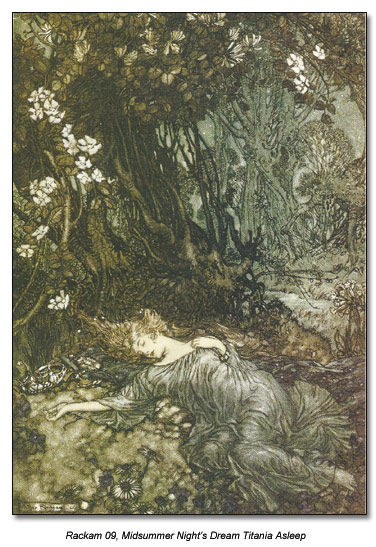 Snow White afraid in a dark and alien place still resonates, while Snow White making friends with bluebirds – and apologizing, in a stereotypical feminine simper, for “making such a fuss” when she was running for her life! — strikes me as “Disney” in the derogatory sense. Pixar seems to have had a similar reaction.

The funny and sweet pastoral aspects of As You Like It (shepherds, songs, etc.) may also seem dated to us. What do conventional pastoral scenes mean for a contemporary audience whose experience of sheep is by and large limited to petting zoos?

I’ll discuss the pastoral in a future blog, but for now, it may be enough to note that the Forest of Arden mostly, but not entirely, sits at the comic pole of literary possibilities for forests, where there is more sunshine than shadow. Arden provides a happy social interlude like Snow White’s, after she finds the dwarves and settles into a domestic situation. In Arden, instead of seven dwarves, there are five shepherds and shepherdesses, one jester, and a variety of fools and lovers.

In spite of the pleasures of As You Like It, the dark aspects of the Forest are never completely absent (Jaques points out that the arrival of a large group of carnivorous humans is no blessing for the deer). The savage potential of the Forest of Arden presses in on the play, especially toward the end. By Act 5, the benevolent landscape becomes more menacing, with a snake stalking a sleeping man, a hungry lioness prowling and a metaphorical pack of Irish wolves howling at the moon.
The extended stay in Arden must come to an end, as all interludes in happy literary forests must.