“Desert” is a shortened form of “deserted,” that is, uninhabited. But history suggests that a completely uninhabited island is like a vacuum, a “gap in nature,” as Shakespeare says elsewhere, that is, a natural impossibility. The action of The Tempest is confined to an unnamed “desert island” (2.1.35) somewhere in the Mediterranean. The shipwrecked character who calls it a “desert island” has no idea that the rest of the passengers and crew, in addition to Prospero’s party, are also there, making it, in fact, rather crowded.

But twelve years previous to that scene, Prospero and Miranda arrived to find the island already inhabited by Ariel and Caliban. As is frequently noted, the relationship between Prospero and Caliban reflect 16th century accounts of encounters between European colonists and people indigenous to the New World. Caliban’s education and political situation are shaped by the history of European colonization, and he plots revolution against the European Prospero who displaced him as the island’s ruler. Caliban, however, though he was born on the island, is not genetically indigenous to the place: his mother Sycorax, a convicted witch, was marooned there as legal punishment by the Algiers authorities (a commuted death sentence because she was pregnant). Caliban, the son of an African mother, occupies an island used as a prison, at various points, to confine his mother, a convicted witch; Ariel, an insubordinate servant; Prospero and Miranda, political exiles; and Caliban himself, guilty of attempted rape and treachery. 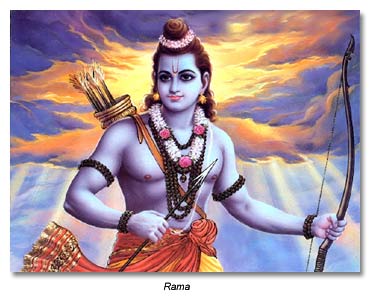 Caliban’s character must, in a complicated way, have embodied aspects of the Robben Island prisoners’ identities, mirroring them as they read about the struggles for freedom by Caliban and the other characters stranded on The Tempest’s desert island. Prospero’s story, too, may have resonated with the Robben Island readers. The Diwali festival, as I understand it (a very limited understanding), is a festival of lights celebrating different Hindu myths.

In one Diwali story, Lord Rama returns to his ancestral kingdom in Northern India after an unjust fourteen-year exile, and the people light the lamps to illuminate his way home. (Does Ariel linger after his release and light his old master’s way across the Mediterranean? Do the Milanese, who loved their Duke as he loved his books, illuminate the streets of his city-state for his return?) Like Prospero, the rightful Duke of Milan, like the Robben Island political leaders who signed Venkatrathnam’s book, the god Rama returns from exile to assume leadership in his homeland.

Prospero’s return to Milan represents a more chastened, more human transition than the triumph of the divine Lord Rama. Prospero renounces the supernatural power he imposed on his desert island kingdom: “But this rough magic I here abjure” (5.1.50), and imagines the reclaiming of his dukedom as a diminishment of power, a retirement of sorts. After Nelson Mandela was released from prison, he was elected to the South African presidency. He promised to serve only one term, a promise he honored when he retired in 1999. Mandela’s retirement after serving his first and only term was exceptional, nearly unique, in post-colonial democratic Africa. Given Mandela’s enormous popularity in South Africa and in the world, he could easily have stayed beyond one term. Prospero was not required to give up his magical sovereignty in order to rule in Milan. He, like Mandela, voluntarily renounced a greater power in favor of a diminished and more human service. 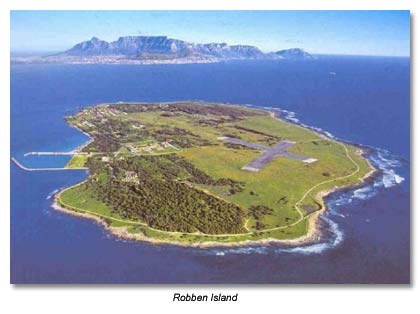 The circulation of the Robben Island Shakespeare in prison, the covers disguised by images of Hindu gods and the pages printed with Shakespeare’s English words in commercially economical double columns, among South African prisoners of a variety of races and religions, represents an intersection — singular, serendipitous — of ethnographically diverse narratives — like those of The Tempest, Mandela’s political career and the Ramayana. The stories are bound together, literally by glue and stitches, in the physical object that is the Robben Island Shakespeare. They also cohere in the person of Sonny Venkatrathnam, a student of British literature, a Hindu whose family was originally from the former British colony of India, an inhabitant of the former Dutch colony of South Africa, and a member of the political movement that insisted on the rights of all people to participate in their government.

Now my charms are all o’erthrown,
And what strength I have’s mine own,
Which is most faint. (Epilogue, 1-3)

The Robben Island prisoners annotated and re-covered Shakespeare’s Collected Works and they may have — in their mutual connection and exchange – also recovered civilization in an island prison. And that achievement, it seems to me, is less a reflection of the magic of Shakespeare than of their own strength, however faint it must have been at times.

As John Donne, another Early Modern poet, said: “No man is an island entire of itself; every man is a piece of the continent, a part of the main.” And, we might add, no island exists in complete isolation. Though exiled from the mainland, the people marooned on it have with them the interconnected histories and dreams of many continents, so that a desert island (or a book containing a play set on a desert island) can, in itself, reflect – and with luck may even help reshape — the “great globe itself.”