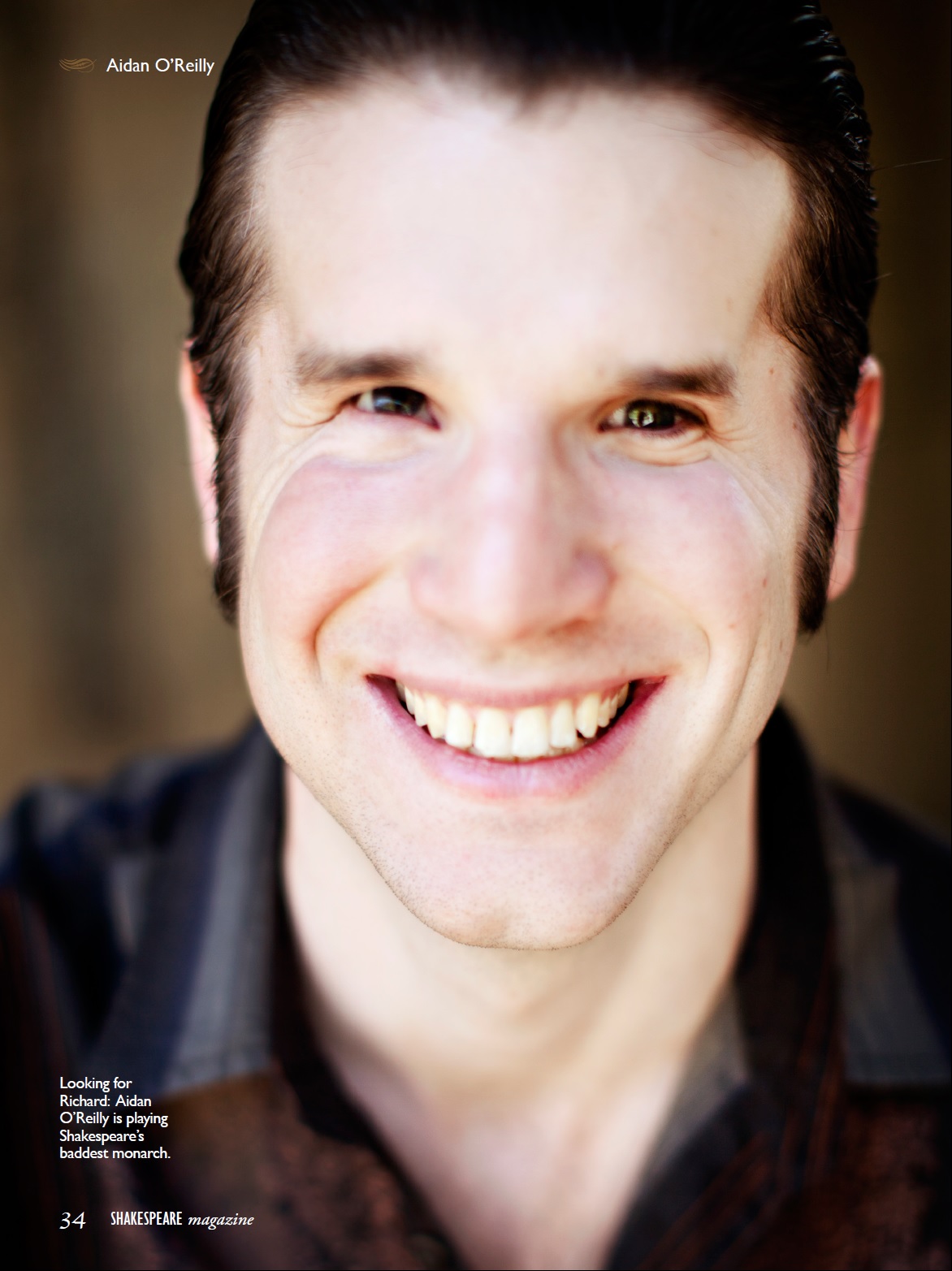 “Aidan O’Reilly is an actor with an inspiring story.  Legally blind since he was six months old, he forged a passion for drama at an early age.  Adian went on to gain a BA with hours from London’s Royal Academy of Dramatic Art, before touring for three years with the American Shakespeare Center.  In 2012, Aidan was diagnosed with sarcoma, a rare cancer.  He bounced back in 2014 after intensive treatment, and is now cancer-free.  We spoke to Aidan as he prepared to play the title role in Richard III for California’s Marin Shakespeare Company.  We asked him to share his story, and to give us his take on one of Shakespeare’s most fascinating characters.”


Click here to read the entire issue and the fabulous story about Aidan.