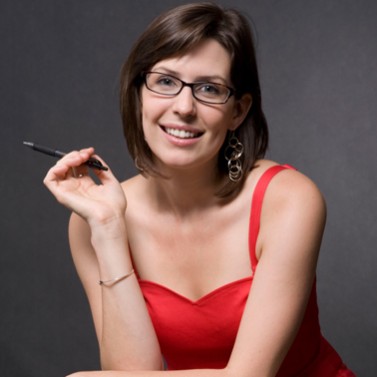 How did a play called The Taming come to include the Founding Fathers?

With the super-success of Hamilton, the founding fathers are cool again, and we know you’ll love The Taming—which looks at today’s political structure via a quick visit to George Washington and James Madison. For the record, The Taming came before Hamilton, by several years in fact, but playwright Lauren Gunderson is grateful for its popularity because she shares so many of its goals to re-engage the general public in civics—and also because Taming audiences now “get” her Hamilton references better; as she says, “Those Hamilton references used to get a titter, and now they get a guffaw.”

Born out of frustration at partisan gridlock, The Taming is Lauren Gunderson’s attempt to use that frustration for good. Merritt interviewed her about the play in mid-June, and she had a lot to say about our nation’s history and why she loved putting our Founding Fathers on the stage.

MERRITT: What was the impetus for this play?

GUNDERSON: I was—and still am—infuriated that our politicians fail to come together into the kind of political alliance that has to happen to make government fluid and representative. People end up suffering when government shuts down, from the biggest issues of infrastructure and access to health care and such down to not being able to enjoy our national parks simply because our representatives are acting like toddlers. I felt like, how can I talk about this artistically and with comedy? I ended up creating a range of characters who can have the debate we should be having, putting people in the room where we can all say all the things we want to say about the other sides. You can’t say this stuff in polite company, but you can say it on stage.

MERRITT: So, why talk about the Founding Fathers?

GUNDERSON: I love examining our history by comparing it to now. The argument from the Right is that we need to preserve the constitution as the founders intended it, but the founders expected we would revisit the constitution every generation or so to keep it up to date. They were collaborating. We can’t pretend it was rarified environment, and they were changing all the time. They hadn’t even finished the Constitution and they were already amending it.

What’s fun about telling the story this way is that we get to burst the mythological bubble of perfection and wisdom of founders. They are real people, trying to prove shit to each other and needing to compromise. They are politically intelligent but emotionally greedy and stupid all while being, yes, visionary proud patriots. Like all of us, they were hypocrites, arranging their patriotism to serve their purse not just their heart, and I love imagining their struggle of get it as right as possible, with all the obstacles they had. I mean Madison’s internal struggle over slavery alone—owning slaves and yet trying to stop the slave trade, knowing he can’t get agreement to abolish slavery as an institution but thinking he might have a chance at a compromise over ending the importation of slaves. And thinking of the ripple effect from one compromise—for example, without the electoral college, we would have had Gore as President instead of George W. Bush… I just find it fascinating to contemplate.

MERRITT: Or the unintended consequences a slightly different wording can have. I think of the Key & Peele Second Amendment skit, which leaves you with a bit of a “be careful what you wish for” feeling:

GUNDERSON: “Yes! And over all what I want to leave the audience with is the reminder that this government of ours isn’t biblical—it was made up by humans. If we don’t like it, we can change it. Yet over time, our sense of optimism has been drained and we’ve been made to feel government is something shady and we can’t change anything.

To me, the most poignant part of the play is the end of the 2nd act when Pinkney and Madison are dreaming of the future of America—and seeing completely different opportunities. I want people crying when they feel they should be laughing. This isn’t the dream of the Founders—they’d be upset, not proud. If we really want them to be happy, we’ve got to get out shit together. The recent Senate filibuster is stirring up some energy again, and maybe through actions like that—and people seeing a play in which optimism reigns—might jump-start us again. I hope it will, anyway.

GUNDERSON: Yes. A couple days ago, comedian Carmen Esposito tweeted, “Since zero women & zero people of color weighed in on US constitution when it was written, I assume it may occasionally need a few updates.” That said it all for me.

MERRITT: So, readers… we toss it back to you.

If you could amend the Constitution, what would you change?

Now, what are you going to do to make that happen?