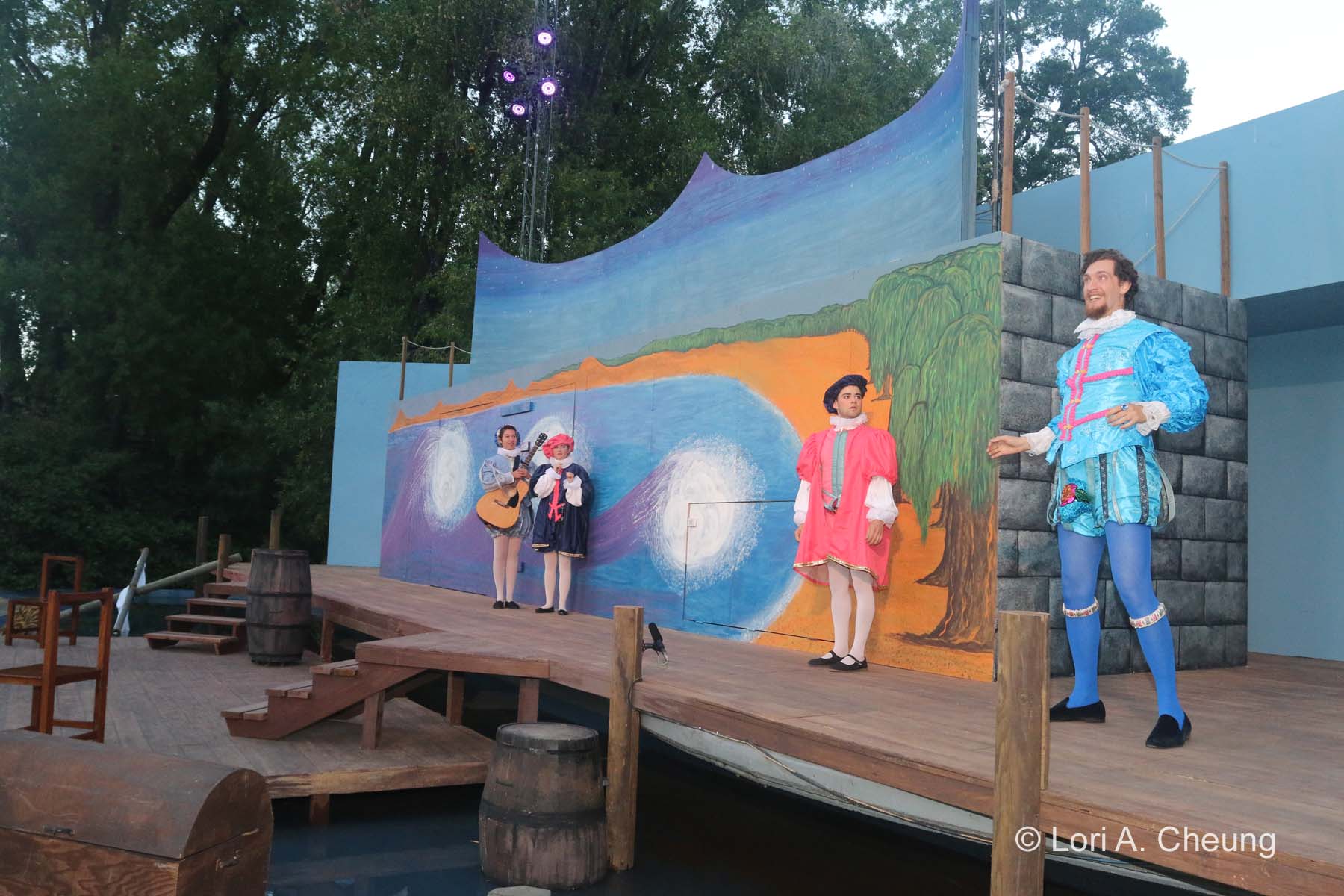 Twelfth Night or What You Will presents a duality of loss and love embodied in the pairing of characters—twins as well as lovers. Comedy, as a genre, moves from a place of disorder to order—a community that is off-kilter moves toward social stability embodied in the uniting of a married couple. “The world must be peopled!” Benedick exclaims in Much Ado about Nothing. The comic genre gravitates toward a conclusion of procreative union. Twelfth Night is no exception to this expectation of comedies.

The title of this play points to its mixed nature. The full title “Twelfth Night or What You Will” hints at both the raucous, comical aspects of the story and the deeper, more difficult questions about love and desire. Twelfth Night was the final celebration of the Christmas season (as in “The 12 Days of Christmas”); the day was celebrated with parties and performances and involved a temporary subversion of status, as whoever acted as the “lord of misrule” could act as king for the night and tell everyone what to do. The play’s second title is perhaps the one closer Shakespeare’s intention as it embraces more of the story: “What you will” or “What you want or desire.”

We do not choose whom we love—and that means that love can inspire more questions than answers at times. As dramaturg Alison Carey notes, nearly every scene in this play opens with a question or a comment about wanting or wondering or both. (“What country, friend, is this?” “If music be the food of love, play on,” etc.) The question “why can’t you love me back?” lingers in this play. Questions of desire, love, and loss come from a deep place in this story—and I think that has something to do with Shakespeare’s own experience.

Shakespeare was the father of twins, a boy and a girl, and perhaps this is why he embraces notions of twins and twinning so obviously in his plays. By the time Shakespeare came to write Twelfth Night, however, his young son had died. He introduces us to the twins in this play at the moment Viola believes her twin brother to have drowned. While being a man alone in the world is just more practical, Viola’s choice to shift genders connects to her loss and gives her a much more profound motivation to her cross-dressing than other gender-shifting comic heroines in Shakespeare. She does not call herself “Sebastian,” after her brother; perhaps that would be too painful. Yet, she tells us, “I my brother know yet living in my glass”; her reflection in a mirror now looks like her brother. She makes up for the loss of her brother by taking on a male persona patterned after him—trying to be both, a psychological behavior of a surviving twin which Shakespeare may have even witnessed in his own daughter.

Introduced to us in mourning, Viola quickly translates that sense of loss into compassion and vitality. She is a determined survivor whose arrival acts as the precipitating event of the whole story. She does this by translating her gender, by becoming Cesario.

The story takes place in Illyria—a place of emotional disconnection and dysfunction. The two highest-ranking people of the country are both in a state of self-indulgent, emotional isolation—a suspect condition in a Shakespearean comedy. Orsino bemoans his lovelorn condition, pining away for Olivia and languishing in romantic melancholy because he cannot gain access to her. Olivia has shut herself away from the world in grief, planning to avoid any suitors while she mourns the death of her brother for seven years. While coming from very different emotional places, Orsino and Olivia are also similar in their removal from the world.

Viola is the perfect person to challenge their isolation. Unlike Orsino, she is determined to find a way into Olivia’s house. Like Olivia, she also mourns her brother, but that loss inspires compassion for Olivia. Viola’s emotional energy does not isolate her but rather actively connects her to other people—so perhaps it’s not surprising that she inspires friendship in one and love in the other. That is also the rub, however. As Cesario, she can be Orsino’s confidant but not his wife; she inspires romantic love but from Olivia rather than from Orsino.

So how does Olivia fall in love with Viola/Cesario so quickly? Well, unlike Orsino, Cesario actually manages to see Olivia in person. When s/he arrives, Cesario has a set speech, a rehearsed part that s/he plans to deliver to Olivia in an effort to win her love for Orsino. It’s not until Cesario goes off-script, speaking as him/herself that Olivia is moved. The scene moves from prose to verse—Shakespeare’s signal that both women begin to speak more genuinely and from the heart as the rhythm of verse mimics a heartbeat. And here’s the irony—Olivia is drawn to the authentic in Viola even as Viola is disguised in the false persona of Cesario.

More than any other cross-dressing character, Viola embraces both of her genders. She also complicates notions of attraction more than other cross-dressing characters. Is it her “youthful” possibly feminine aspects that draw Olivia to her? Are her masculine attributes necessary for Orsino to form an emotional connection to this new, chosen confidant? This dual gender presents a quandary to Viola—as desire and gender expectations fail to align. “As I am a man, “ she tells us, “ my state is desperate for my master’s love. As I am a woman…what thriftless sighs shall poor Olivia breathe.” Her ability to be both genders allows her to voice the mixture of joy and anguish that desire provokes in this play.

Another echo of unrequited love appears in the pairing of Antonio and Sebastian. Having spent three months with Sebastian, Antonio cannot be separated from him in spite of any danger to himself. He says out of earshot to the departing Sebastian, “Come what may, I do adore thee so, that danger shall seem sport, and I will go.” Like Olivia, he also shifts to verse as he utters these lines. The depth of his emotional attachment to Sebastian not only puts Antonio in danger but makes him emotionally vulnerable to a cruel moment of mistaken identity.

Antonio’s expression of this apparent betrayal adds emphasis to the pain of misunderstanding. The shifting in understanding and identity can be playful and fun—but can also lead to betrayal and poignant confusion—something the compassionate Viola voices. Even as the play moves toward marriage, we see how complicated love and desire can be. Shakespeare suggests all manner of desire—men fall in love with women, women fall in love with women, men with men; love and desire exist regardless of gender identity. Some fall so hard that they simply cannot understand how their feelings are not returned.

So how do we square this strong desire with the need to find a partner who can return that love? Many of the characters—though not all—conclude the play with an acceptance of a social role and desire redirected toward a marriageable partner. This is one way to enter into the world and take one’s place in the community. In this play, however, I think Shakespeare draws our attention to who is left out as well.

Viola and Sebastian are the agents of this re-direction of desire. They both complicate and ultimately solve the dilemma of how to find love with someone who can return your feelings. Emotions swerve or draw towards a “bias” in Sebastian’s words and land where they can be requited. How you feel about those pairings and marriages, about who’s included and who’s excluded—may depend on who you are. In Twelfth Night, Shakespeare draws our attention to the luck, compassion, humor and perhaps flexibility as much as steadfastness required for finding love.