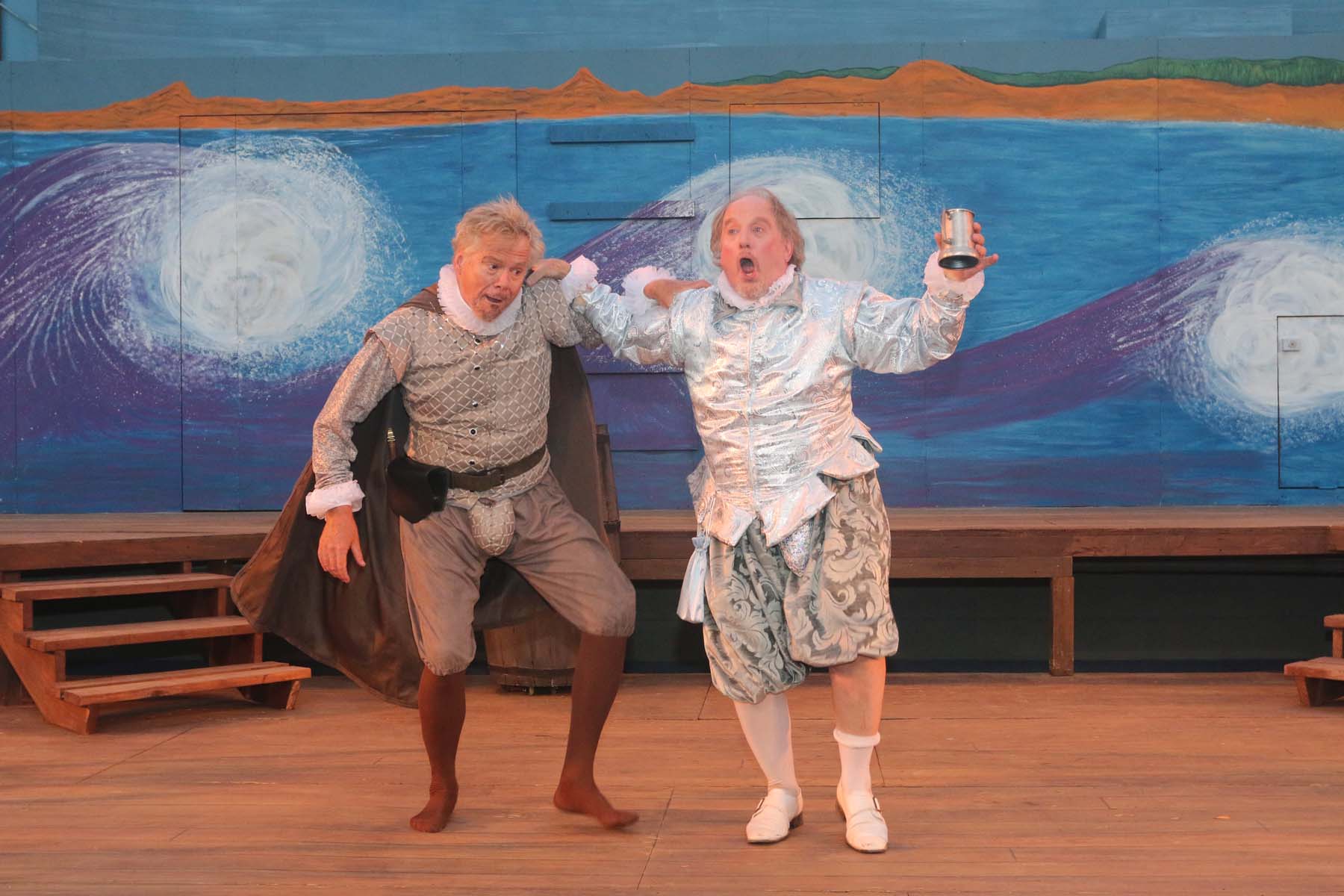 Likely commissioned to mark the holiday, Twelfth Night takes its first title from the final event of the Christmas season—a night celebrated by inversions of status as servants could boss around masters, and all had to obey the Lord of Misrule in charge of the party. The topsy-turvy elements of Shakespeare’s play are introduced through the members of Olivia’s household.

Even while Olivia is determined to mourn, her drunken uncle Sir Toby Belch introduces a very different energy to her household. (His name says it all, really.) Toby exclaims, ”I’m sure care is an enemy to life!”—a refreshingly positive attitude, perhaps. But Sir Toby wants the party to go on and on—indeed all day, every day—aided by his drinking buddy (enabler?) Sir Andrew Aguecheek, who is easily convinced that he can be a suitor to Olivia and thus sticks around to drink with Sir Toby. 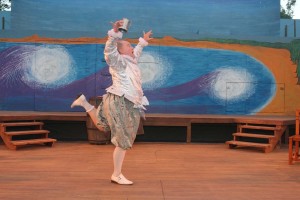 The opening of the play is largely defined by self-indulgence; Orsino’s self-referential romantic posing and Olivia’s determined withdrawal from the world are possible because they have status, leisure, and servants who will indulge them. Another self-indulgent character, Sir Toby temporarily acts as the Lord of Misrule duping the ever-serious Malvolio thanks to a plan cooked up by Maria, Olivia’s quick-witted chambermaid.

Malvolio’s self-indulgence is of another tone and antisocial in nature. He is self-important and quick to take offense, holding himself above others and aspiring beyond his social position. Malvolio’s name translates into “ill will”—the opposite of Benvolio in Romeo and Juliet. Olivia chides Malvolio for being “sick with self-love”—another echo of self-directed desire. However, the joke played on Malvolio apparently shifts this desire as he is tricked into believing that Olivia loves him. He then changes his outward appearance as per her wishes (so he assumes), a physical manifestation of the shift in identity that Olivia experiences as she falls in love with Cesario/Viola. But his assumptions are all false—and his understanding of love limited, as he loves Olivia for the rank and wealth she embodies and could potentially bestow on him. 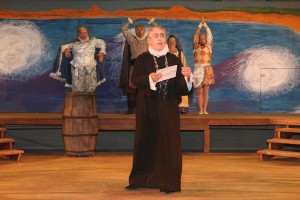 Malvolio’s would be an easy target in Shakespeare’s theater; described as “a kind of Puritan,” he is aligned with the political-religious movement that wanted to close down the theaters as dens of immorality. Oliver Cromwell and his followers would eventually succeed in doing so during the Interregnum, 1649-1660. Puritans were also generally assumed to be hypocrites.

Fools, on the other hand, act as social critics in Shakespeare’s plays. Standing outside of legitimate society, fools have a unique vantage point and comment on individual foibles as well as group behavior and assumptions. In this capacity, Feste the jester acts as a foil to the self-absorption of Malvolio among others. Feste may have a quick tongue and a sharp wit, but his comments suggest a perceptive ability to read people and even a desire to improve them; consider his attempt to shake Olivia out of her mourning when he returns to her house. Feste is the most musical of all of Shakespeare’s fools, and perhaps we’re meant to see his return to Olivia as a sign that life and music and maybe love will re-enter her life, too.

Feste does not always tell people what they want to hear, nor are his songs unconditionally merry. His philosophy seems to be one of self-awareness and balance, a counter to self-absorption, drunkenness, and arrogance. “Better a witty fool than a foolish wit,” he tells us—and in this play, we get both. 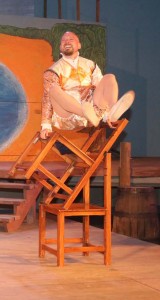