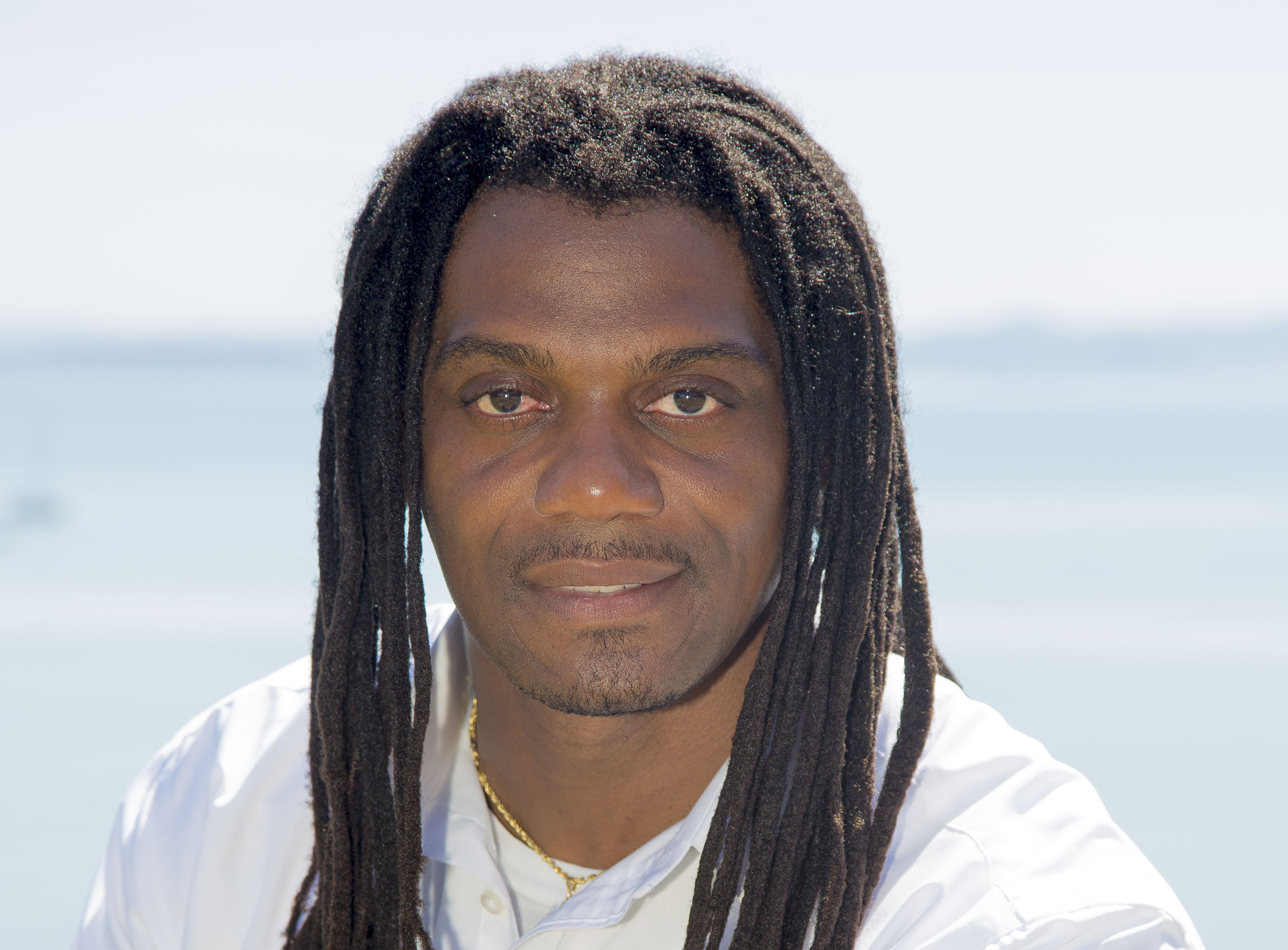 On September 2, 2016, a recent ex-convict who served 23 years behind bars opened playing the role of Othello for a professional theater company. 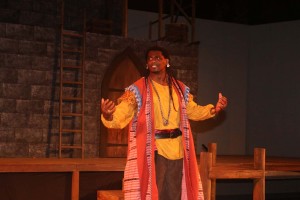 For over a quarter century, my parents Bob and Lesley Currier have run the Marin Shakespeare Company in Northern California. For thirteen years, Lesley has led Shakespeare and devised work with inmates at San Quentin prison, culminating in an annual show open to the public. More recently MSC has expanded its Arts-in-Corrections program to include several more prisons.

As surreal as it is going to prison to see a show, the stranger part is always leaving. You have come in and shared something with these actors, you have enriched each other’s lives and laughed and shook hands and mingled. And then you walk out, with the knowledge that they cannot, and that some of them never will.

But just a few months ago one of these inmates, Dameion “Nation” Brown, did get out of Solano prison after a 23-year sentence. His only theater experience was playing Macduff for my mother while still incarcerated. Now he is playing Othello on Marin Shakespeare Company’s mainstage. Despite all of the challenges facing recent ex-convicts, Dameion has worked hard to make his dream a reality. His performance is on the cutting edge of theater for social justice, and is probably the first time an ex-convict has ever debuted as a title role in a professional theater company. He’s also doing it very well. 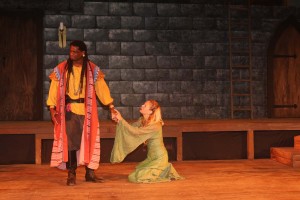 I got lunch with Dameion on break from his day job in SF on the eve of his big debut:

N: Where are you from originally?

D: Originally I’m from Jackson, Tennessee. Very Southern town, big family. All together with the adopted included, eleven of us. My Dad was from Ghana, the only Dad I’ve ever known. He was deported when I was 14. But he and Mom had done a pretty good job of stabilizing us up to that point. So I didn’t have to live with the sense of no father.

N: You’ve been cast as Othello before, in eighth grade. What happened?

D: Well, Tennessee’s very Southern, a lot of racism very much alive. When parents found out that a young black boy would be romantically on display with a young white girl, it was too much for the South. Very quietly they pulled the plug and just swept it away.

N: And before you met Lesley, did you have any other theater experience?

N: So you’re in Solano, you hear about this program…why did you decide to do it?

D: I decided to do it because I was looking for something that could give me a mental escape. I didn’t think that they would be there as long as they were.

N: And that first day when you guys were at rehearsal, what was the vibe?

D: It was silly. I could not see the point to any of the exercises. Because you have to keep in mind, prisoners, you know? Somewhat hardened men. But, all those exercises, as I continued on, I understood their place and I felt the mental muscle that it gave me for the performance. [And] to come together with that many different men of different backgrounds whereby all are hoping for the best in one another. That is life. That is the best of life.

N: So you get cast as Macduff.

D: Yeah I did not want Macduff.

N: She has a way of doing that, yeah.

D: I started to invest more of myself into the exercises that she would present. And one of the greatest things that she did for me was show me—where are the parallels in your life that meet this character.

N: Why does everyone call you Nation?

D: Well it wasn’t a name that I chose. When I first entered prison, many rules govern themselves—very racially separated. And gangs, another division. I was never a person who was prone to gang behavior, because I was raised with the idea, stand or fall on your own merit. You have a problem, solve it, but it’s your problem to solve. So I would not submit to the rules because they did not make sense to me.

N: A Nation unto yourself.

N: So you told Mom and Dad that you wanted to play Othello.

D: I said, I would love to be able to get to play Othello, but to pull it off. You know? 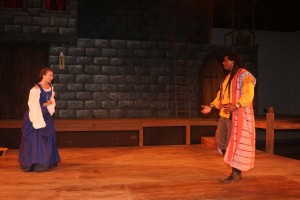 D: I love the complexity of it. A lot of hard work.

N: How do you feel about him as a character?

D: I have great sympathy for Othello. Because he was imprisoned by noble things, that we as humans need to live. We need to love. We need to be courageous. We need to have high morals and ethics. And we need to trust someone. And it was those things that ensnared him.

D: Not wisely but too well. He reminds me a lot of my Dad. He would say things like, “Always be the good brother. That is your only guarantee that there is one still out there.” And perhaps, there are those who avoid efforts in morality and trust because they are not willing to be so vulnerable. 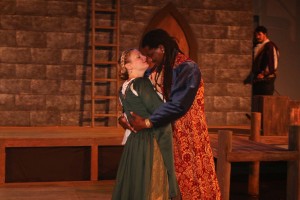 N: You’ve had a couple previews now, how is it different performing with an audience?

D: I truly believe, that if I were so blessed to be able to perform at the Globe one day, that I would never be as nervous as I was when I performed in prison. You’re presenting with people who, not all of them, but many of them, don’t like the idea of certain people working together. And this includes guards.

N: In your day job you’re a case manager working with at risk youth. Can you tell me about that?

D: Definitely. I was asked a question by an ABC reporter, did I have anything to prove. And I told her no. I had gotten over that in childhood. I thought about that later. And a more accurate statement is, I do have something to prove, but not for my benefit. I have to prove to the young people that I work with, that no matter how far they fall, there’s still something great that they can do. Some of my children [mentorees] have been incarcerated—many have been shot, have been abused on various levels. And they have not identified any part of the system that really understands or cares for them. I don’t believe that great civilizations were ever built in times of war.

N: And what do they think of you doing Shakespeare?

D: They laugh at me and can’t wait to come and see me.

N: Is there anything the media hasn’t asked you that you want to say?

D: I guess if I could just say anything, and I’m talking to people who are—affluent. Many times…people swim in the waters that they’re in because they’ve never been exposed to cleaner streams. If you take the time to make a way, to expose people from less fortunate means to these things, they can appreciate them. And you don’t have to fear them harming you or being a detriment to you. And what people don’t understand they fear and they hate, and they hate because of the fear. Exposure is a wonderful thing. Open up your clubs to young people to come, once a year, twice a year, just to make them feel that they are part of, not a problem.

N: Is there more theater in your future?

D: Life is a lot of moments. And I’m appreciating those moments. And I may get a chance to do something else after this. But I’ll always be a little nervous until September 26th. 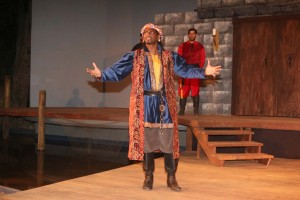