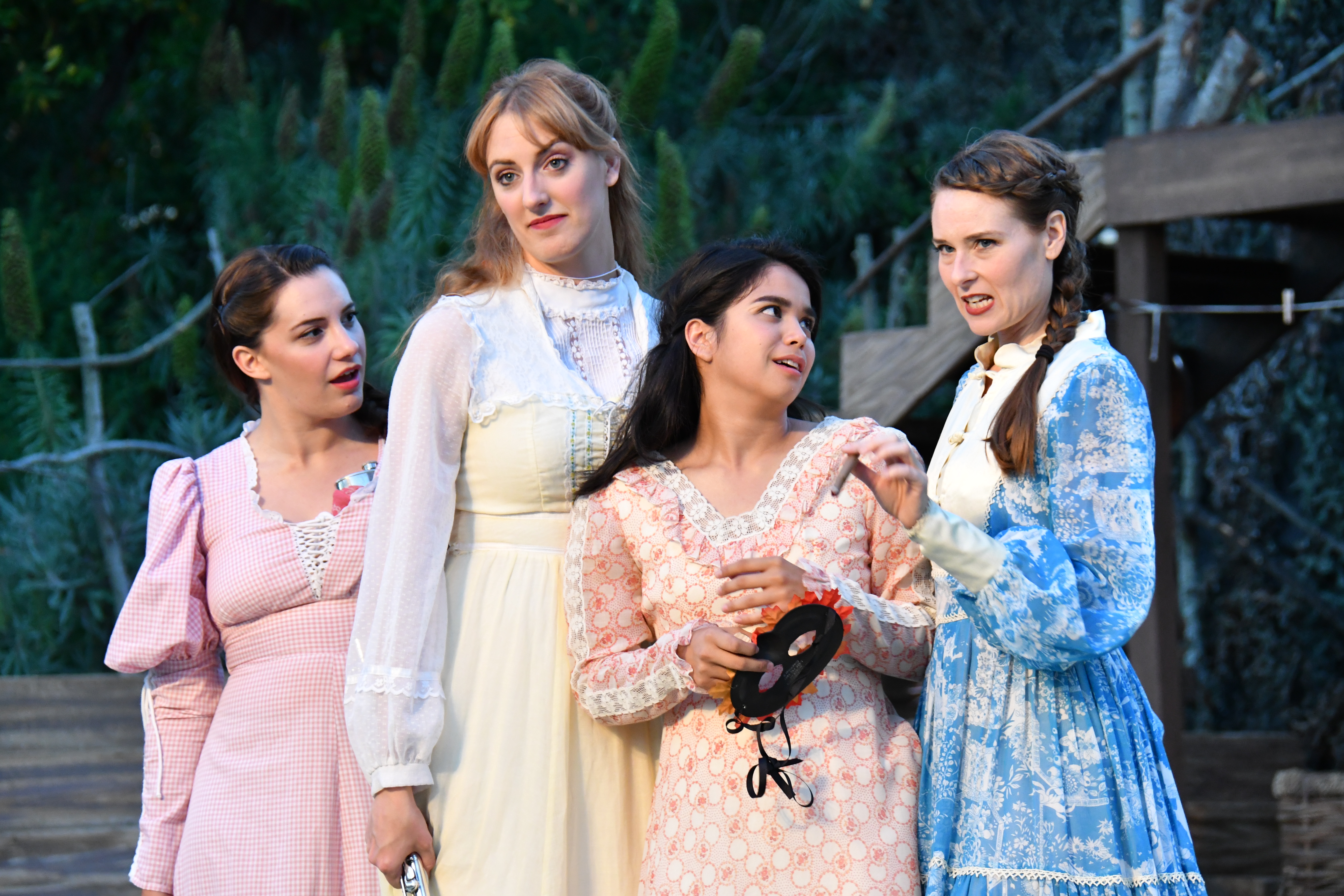 Much Ado About Nothing

Much Ado About Nothing written about 1599, is one of Shakespeare’s joyful, Elizabethan comedies. As with Shakespeare’s most light-hearted comedies—even one whose title seems to suggest that it is about nothing important at all—the plays often embrace poignant ideas about individuals and the community in which they live. For all of its light-heartedness, Much Ado About Nothing shows us the challenges of finding love and a place in the world, especially as our own insecurities drive our decisions and emotions. 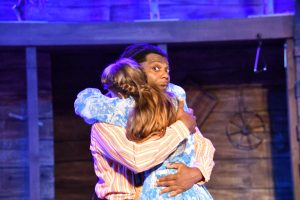 As with most of the comedies, there is a general movement toward conformity in this play. Comedies are the most formulaic of the genres Shakespeare wrote (think Rom-Coms), and they often conclude with marriages. Conforming to social roles and expectations allows the genders to meet and marry—and make babies. “The world must be peopled!” as Benedick says. This provides for the health and continuity of the community at a time when under-population was a concern. Shakespeare often couches that push toward marriage in the context of gender expectations, often with a heavy dose of social criticism thrown in for good measure. We see both the negative and positive sides of conformity in this play. 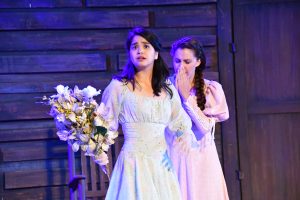 We meet four potential lovers in different places in their lives: Hero, Claudio, Benedick and Beatrice. Hero and Claudio are young people who fall in love—but can barely speak to each other for their shyness and lack of experience with the opposite gender; adhering to their gender roles does nothing to facilitate their connection. Benedick and Beatrice, on the other hand, do nothing but exchange witty barbs and insults with each other—and voice their desire to remain unmarried. They reject expectations of courtship and marriage, and yet their words belie their true emotions—an impediment to a more authentic connection.

While many of Shakespeare’s comedies complicate gender by bending it, there is no cross dressing in Much Ado About Nothing. The obstacles in this play rather stem from verbal misrepresentations and misunderstanding, and those obstacles have everything to do with a rigidity around gender expectations. 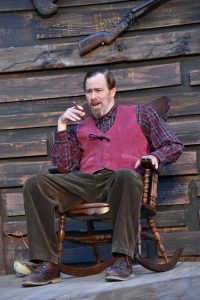 Men and women inhabit very different spaces in the world of the play. The men have been gone from Messina (or Pikesville in Marin Shakespeare’s Appalachian version this year)—off fighting a battle.  In this battle, the young Claudio has proven himself to be an excellent soldier—“doing in the figure of a lamb the feats of a lion.”  Men gain a sense of identity in both public and private space. They have careers—as soldiers here—and we learn that Claudio has now proven himself to be a mature man.

Before he’d gone into battle, he said he had seen Leonato’s daughter Hero with a “soldier’s eye”—in other words, he couldn’t quite see her because he was too focused on going off to battle. When Claudio returns from war, he is able to turn his attentions to Hero in part because he is secure in his public identity—and that is an identity rooted in his relationship with other men. With women, he is less secure. He doesn’t seem able to talk to Hero—and is wary of even revealing his feelings about her. Indeed, Claudio asks Benedick what his opinion is of Hero before admitting to his own.

The women have been left behind. Their public roles, unlike men’s, are defined by their private relationships. A man is a soldier or a servant or a leader—and also a husband and a father. A woman finds her public role in her relationship to a man—as a wife and as a mother. Or she can be a shrew.  And this is a role that Beatrice is close to being relegated to. 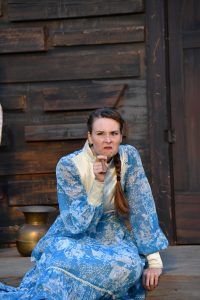 Being a spinster in Shakespeare’s day was no small thing.  Single women were dependent on male family members to look after them financially—and if a woman’s public role was usually defined by her status as a wife and mother, spinsters were left on the margins of society to a significant extent. Shrews were single women who, essentially, talked too much and were considered unseemly.  (You might think of Kate who must be tamed in The Taming of the Shrew.)  What I love about Beatrice is how she fights off this negative stereotype. Her wordplay is more wit than anger—and while she resists marriage, as does Benedick, she also defines herself as a bachelor who will sit in heaven with the other bachelors—and not be reduced to leading the animals to hell, the traditional punishment for spinsters.

Beatrice possesses a security in herself—so much so, that I think she is able to admit the pain of her relationship to Benedick in the past—that he won her heart with false dice and merely “lent” his heart “awhile” reveals her feelings of loss and betrayal.  She is not willfully contrary—shrewish.  Instead, she guards herself from a pain that she has experienced and also provides some perceptive commentary on both Benedick and social roles for men and women. She accuses Benedick of always ending with a “Jade’s trick”—an unfair or foolish comment.  She knows that Benedick  likes to have the last word, an inclination we see in the other men, too. 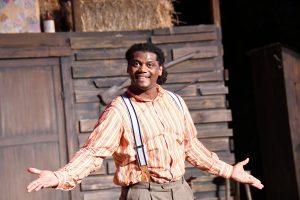 While Beatrice can fairly comfortably stand on the sidelines and see the rules around courtship and marriage, her cousin Hero perfectly adheres to expectations for young, marriageable women.  One could argue that Hero embraces those expectations a bit too fully.  Quiet, correct, and reserved, she is ornamental, evaluated as “a jewel” by Claudio.  In fact, she seems to have no voice at all in beginning of the play—and fittingly, finds her voice only when she sees that it will help her unconventional cousin Beatrice fall in love and marry—to help Beatrice conform to gender expectations in other words. On the other hand, Beatrice cues Hero to speak—and criticizes the common practice of a father’s choosing a husband for his daughter.

For all her adhering to appropriate behavior for a young woman, Hero’s conforming does not save her from pain—or even guarantee the role she seems to have been perfectly brought-up to take on—the role of a wife. Her maidenly comportment does not protect her from the scrutinizing gaze of the men in the play.  It is, ironically, an anxiety about what cannot be seen—a woman’s virtue—that alters the perception of Claudio and Don Pedro so that they think they see what is not there. 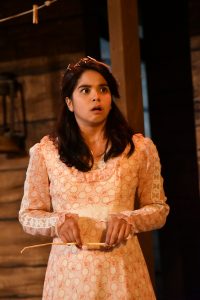 This play is language-oriented, but the men especially do not always deal with the complexity of emotion under that language. Words can mask the truth—like the masks the characters wear in the dance. Vulnerability and insecurity often underlie the defensive and aggressive wielding of language and that seems especially true of the men in the play.

While the romantic leads are part of the higher end of the class spectrum, Shakespeare always includes some kind of an outsider—often one who takes on the role of the social critic and antisocial figure. In Much Ado, that character is Don John-—the illegitimate brother of Don Pedro who highlights the flaws of the community. He embodies the fears about illegitimate sons as tainted by their births and desperate to manipulate their way into wealth and some kind of social standing. As Don John puts it, “If I had my mouth, I’d bite; if I had my liberty, I would do my liking.” He is not trusted, so why should he be trustworthy? Don John is out of step with this world, embodying betrayed love quite literally as the product of an affair outside of marriage. He is a bastard—in both senses of the word—and would rather go against anyone’s happiness in love than find any himself. And he knows how to manipulate male insecurities. 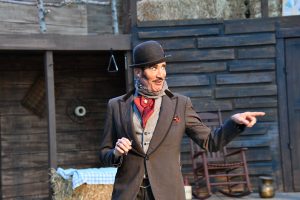 What interests me about Don John is how his words are given so much weight in the play. This has to do with gender and misguided notions of loyalty. Given a choice to trust a man or a woman, a man will choose another man, almost ANY man, over any woman; this is a pattern which extends beyond this play and always results in trouble.

Shakespeare presents this segregation of the genders as a serious flaw, and here, as in Othello, that separation comes from masculine fear and insecurity, resulting in an abuse of male status. Men’s voices have more authority, and their words have more weight than women’s words. Even though there is an unreliable source to the rumors, gender authorizes words. The misuse of language creates division in a public shaming rather than union in marriage—a divisive impulse resting on a confused notion of male loyalty. 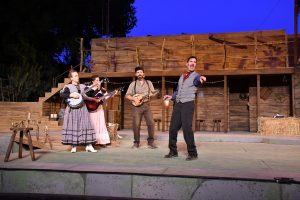 In the end, the couples can only come together when their emotions and their words align. They need to accept their own vulnerabilities and trust the other partner enough to admit their feelings—and do so in direct, honest words rather than in words of wit or defense. 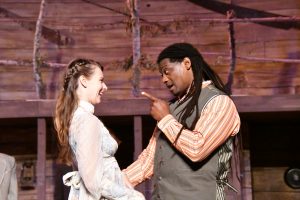