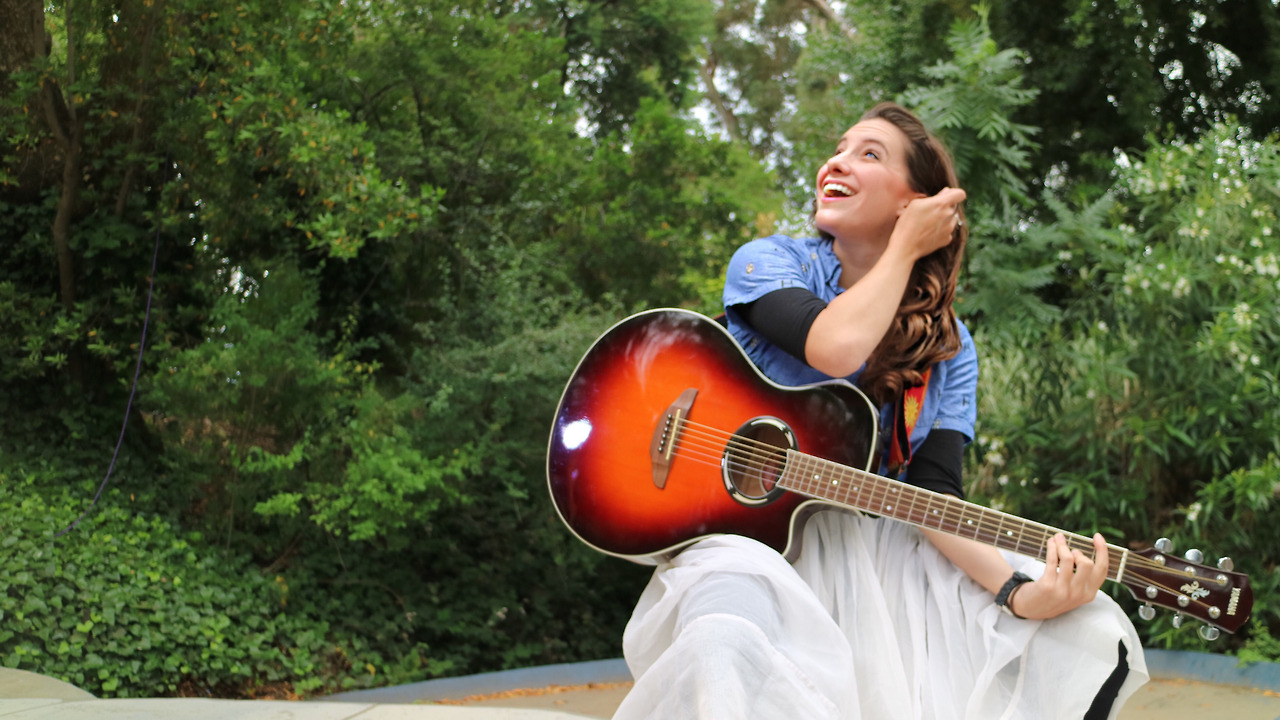 North Bay actress Brittany Law is featured as Margaret in Marin Shakespeare Company’s critically acclaimed production of “Much Ado About Nothing.” Director Robert Currier set the comedy in Pikeville, Kentucky during the feud between the Hatfields and McCoys. The production features original bluegrass and jug band music by award-winning composer, Billie Cox. Brittany also performs in the outdoor production as one of the musicians, singing and playing the guitar. Brittany was interviewed by Publicist Kim Taylor about her acting career, training and her first experience performing at Forest Meadows Amphitheatre.

What town do you live in?
I live in Penngrove, but I grew up in Petaluma. I still get woken up by a rooster though.

Talk a little about growing up in Petaluma and theater experiences you had in the town of Petaluma.
Growing up in Petaluma, I felt very fortunate to have so many performance opportunities available. I was a part of “Broadway Babies” in elementary school which introduced me to a lot of popular musicals and I did a bunch of youth shows at Cinnabar Theatre. The people I met in the theater in Petaluma, inspired me to keep training and to work hard toward my goals. 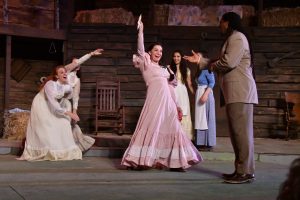 Are you a member of Actors Equity?

I’m a member of the Actors Equity Membership Candidacy program, which allows me to earn points for every professional production I do, resulting in joining the union once I work for 50 weeks.

How did you first get started in theater? What about your training and education?

My first show was “Christmas Comes to Cherrywood,” at Cinnabar Theatre, where I played a weasel. I was 8-years old. At one performance, I remember accidentally knocking down a small wooden tree. My heart skipped a beat, so I yelled “Timber!” That got a slight chuckle from the audience. That is one of my favorite things about theater – honestly reacting to moments as they occur. I kept doing theater off and on as I grew up, but I was working backstage on a show at Casa Grande High School when I realized I really wanted to pursue theater as a career. Interacting with the actors and crew members made me realize that this was a group of people I could really fit in with. They are so passionate and lively! Musical Theater became my favorite niche of the theater industry and PCPA was the perfect training program to develop my skills. Having the opportunity to focus on my craft every day of the week for two years is a time that I will treasure forever. My class became my second family and I feel like we all grew into capable artists together. I fell in love with movement and abstract work while at PCPA, as we got to work with clowning, Greek plays, viewpoints, Suzuki training and so much more. Luckily at PCPA, I had the honor of working on the main stage three times during my training. My first show, I understudied the lead role in an original musical “Christmas is Here Again,” by Brad Carroll. Then, I understudied the Fairy Godmother my second year and was in the dance ensemble of Rodgers and Hammerstein’s “Cinderella.” And then I finally got a featured role in “The Pirates of Penzance,” where I got to play Edith. I finished up my training playing the role of Hope Cladwell in our conservatory rep’s production of “Urinetown, The Musical.” 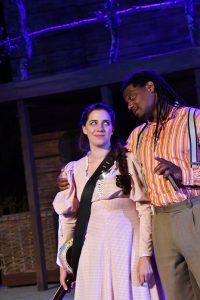 What professional acting jobs have you had since graduating from PCPA?

I was extremely lucky my first year out of PCPA. I graduated with a job offer from IAM Theatre to originate the role of Elizabeth Bennet in the national premiere of “Pride and Prejudice, the Musical,” and was nominated for a BATCC award for Principal Actress in a Musical for my portrayal.                                               Then, I was cast as Natalie Goodman in my first equity production, in one of my most favorite musicals, “Next to Normal,” at the Jewel Theatre in Santa Cruz. That production changed my life. It was a very small show, so the cast and I got very close and now I consider them part of my stage family. I got to stretch my saucier side in Lucky Penny Production’s, “A Little Night Music,” as Petra.
At PCPA, we were taught to always keep ourselves working, so to keep myself busy between shows, I wrote an original musical called, “The Farce Awakens,” (a parody of a certain galaxy far, far away), which is being produced at Redwood Theatre Company July 28 to Aug. 18, 2017. For ticket or more information about “The Farce Awakens” visit:  https://www.redwoodtheatrecompany.com

What have been your favorite roles since graduating from PCPA?

It’s hard for me to chose a favorite role that I have had, but I like to think that every role I accept holds a new lesson for me to learn about myself. Every role stretches me a bit more, and I like to do things that scare me, or make me uncomfortable, so that I can work through it. Playing Natalie in “Next to Normal,” for example, I had to deal with the idea of drug abuse, grief, neglect, and depression. I have struggled on and off with depression since I was a child, so I had to work hard to keep myself safe as a person, and to leave Natalie at the theater.

What are some interesting things you can share about working at Marin Shakespeare Company?

This is actually the first Shakespeare piece I’ve ever worked on, outside of a school setting. I’m so excited to be a part of such an amazing team. Every day I am learning so much by watching what all of the actors bring to the stage. I feel like I’m always in a master class. 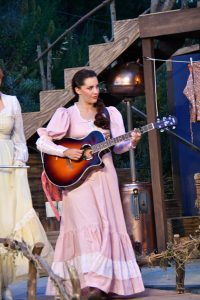 What are the adjustments needed to perform in a large outdoor venue like Forest Meadows.

Performing outdoors, I’ve already discovered that I’m either getting a nice tan, or I’m completely bundled up like a Russian babushka to fight the cold. The hardest thing about the cold, is keeping my fingers nimble for the guitar, but the best trick for that is a warm cup of coffee when I’m offstage.

Talk about your role as Margaret and music featured in the  “Much Ado” production?

Playing Margaret, I am learning a lot about confidence. She is fearless, and tough, but she has a soft, caring side too. Plus she has a crackling wit that she only shows off to a few people. In this production, Margaret is part of the bluegrass band onstage, so I had to learn how to play an entire new genre of music. It’s been fun seeing how that influences my character. I can’t get it out of my head now and am constantly singing bluegrass songs at home. Sometimes I’m even making up random bluegrass songs about my day. It’s been a blast working with our music director Billie Cox and getting to be a part the band. I am always floored seeing a talented actor up on stage, open his mouth and start singing beautifully. I’m like, “of course you’re amazingly talented. Why wouldn’t you be?” The amount of talent onstage in this production is unreal!