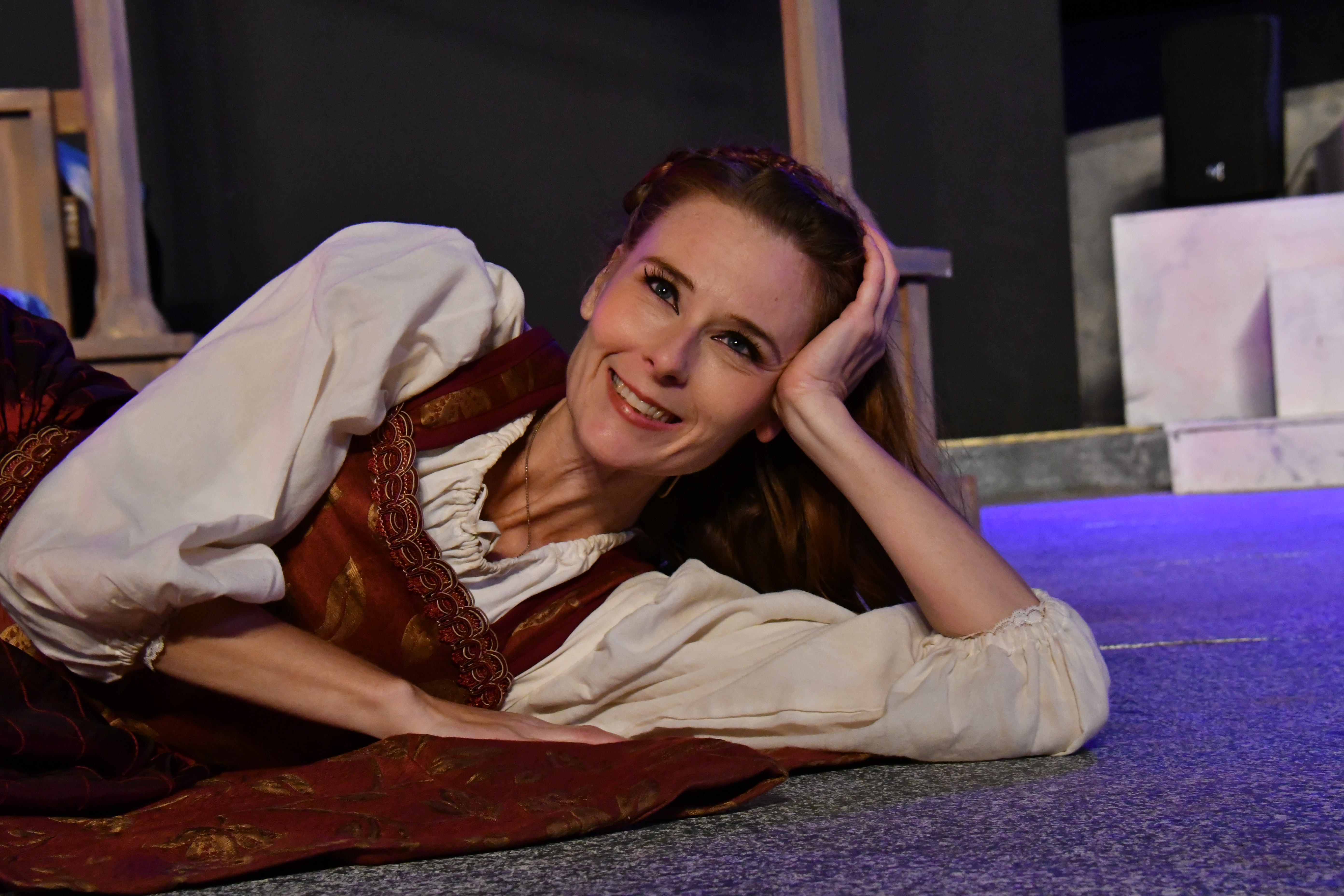 If we know little about William Shakespeare’s personal life, we know less about Anne Hathaway, the woman he married. There are only a handful of facts: she was born in Shottery in 1556; she married William Shakespeare who was eight years her junior in 1583; she was pregnant when she married him and gave birth to their first daughter Susanna in May of that year; she bore twins, Hamnet and Judith, in 1585. Soon after (probably), her husband went to London to seek his fortune as an actor and writer, returning home more or less permanently in 1611 (probably). Her husband died in 1616; Anne died seven years later and was buried next to him in the Holy Trinity Church in Stratford. The only additional information we have is that at his death, Shakespeare left his wife his “second best bed”–and that, along with all that we know and do not know about this person–has been subjected to much interpretive speculation.

Was leaving her the “second best bed” an intentional insult, a painfully scant inheritance? The bed itself may have been the bed they shared, as the best bed may have been reserved for guests. Was this, therefore, a nostalgic gesture emphasizing intimacy? Or a suggestion that Anne remember what she defiled as an unfaithful wife? Some have suggested that Anne could rely on a significant inheritance without it being stipulated in the will, and thus, the addition of the bed was “extra.” But was it meant to signal some significance? We don’t know. The meaning of the bed, like the truth of Anne herself, has been lost.

I find it rather depressing that for centuries the dominant note in assumptions about Anne Hathaway is one of dismissal. Many variations on the theme exist, but the essential element is that she was unworthy. Her realm was necessarily the domestic one, and there is a long-standing assumption that this world of household management and child-rearing is at odds with artistic endeavor. That may be true, and yet, does that necessarily translate into a bad marriage? (I think of Nora, James Joyce’s life-long partner, who apparently did not read his books.) The assumptions about Anne Hathaway are staggering: that as the older woman, Anne must have seduced and trapped the young, inexperienced Will. Or that she was a status seeker, desperate to ally herself with the son of the prominent John Shakespeare. Or that she was sexually loose and had to get married–and probably continued to sleep around after the marriage.

This prejudice against Anne Hathaway continues to the present day with Stephen Greenblatt, for example, assuming that Shakespeare loathed his wife. I find much of Germaine Greer’s book Shakespeare’s Wife a refreshing counter-argument, however speculative it is. An extraordinarily well-researched book, Greer argues convincingly that Anne really would have been the “catch” in the marriage given her family’s secure position, especially in light of John Shakespeare’s dwindling status and downward momentum. Her research into the lives of contemporary men and women in Warwickshire shows that being pregnant before marriage was not atypical and quotes the statistics to support that. The separation of William and Anne also may not have been so definite during the London years, according to Greer, as men did travel between London and Stratford with more frequency than has been assumed. Whatever the case, Greer’s book does include some wishful thinking–for example, suggesting that Anne had something to do with the publishing of the first folio of Shakespeare’s plays may be a stretch–but Greer’s voice complicates the tradition of assuming a bad marriage and dismissing Anne as a woman of little consequence to Shakespeare.

Anne Hathaway’s history is a blank, and yet that empty page has been projected onto in a way that allows her little substance. However little we know, we do know that she and her husband experienced significant life events together, in whatever way “together” suggests. At some point, they chose each other, and with that choice, their lives were forever joined. They married and shared a home, experienced the birth of their three children and the subsequent, tragic death of their only son. They lived to see the marriages of their two daughters and the birth of at least one grandchild, and to experience the exceptional success of William’s career.

I find it difficult to believe that a man who wrote so many interesting, complex female characters would have been so unwise in his choice of wife or given her so little thought, as many critics have suggested. That we know so little about Anne Hathaway does not mean that she was not worth knowing.  Her husband was a man who could perceive and write so well about the constraints and limitations placed on women, who showed them silenced and often damaged like Ophelia in his tragedies but who allowed them the wit and intelligence to navigate those restrictions in comic heroines like Portia, Rosalind, and Viola. And I like to think that he had a better kind of marriage, too, that he knew women worth knowing–including, perhaps most importantly, Anne Hathaway.