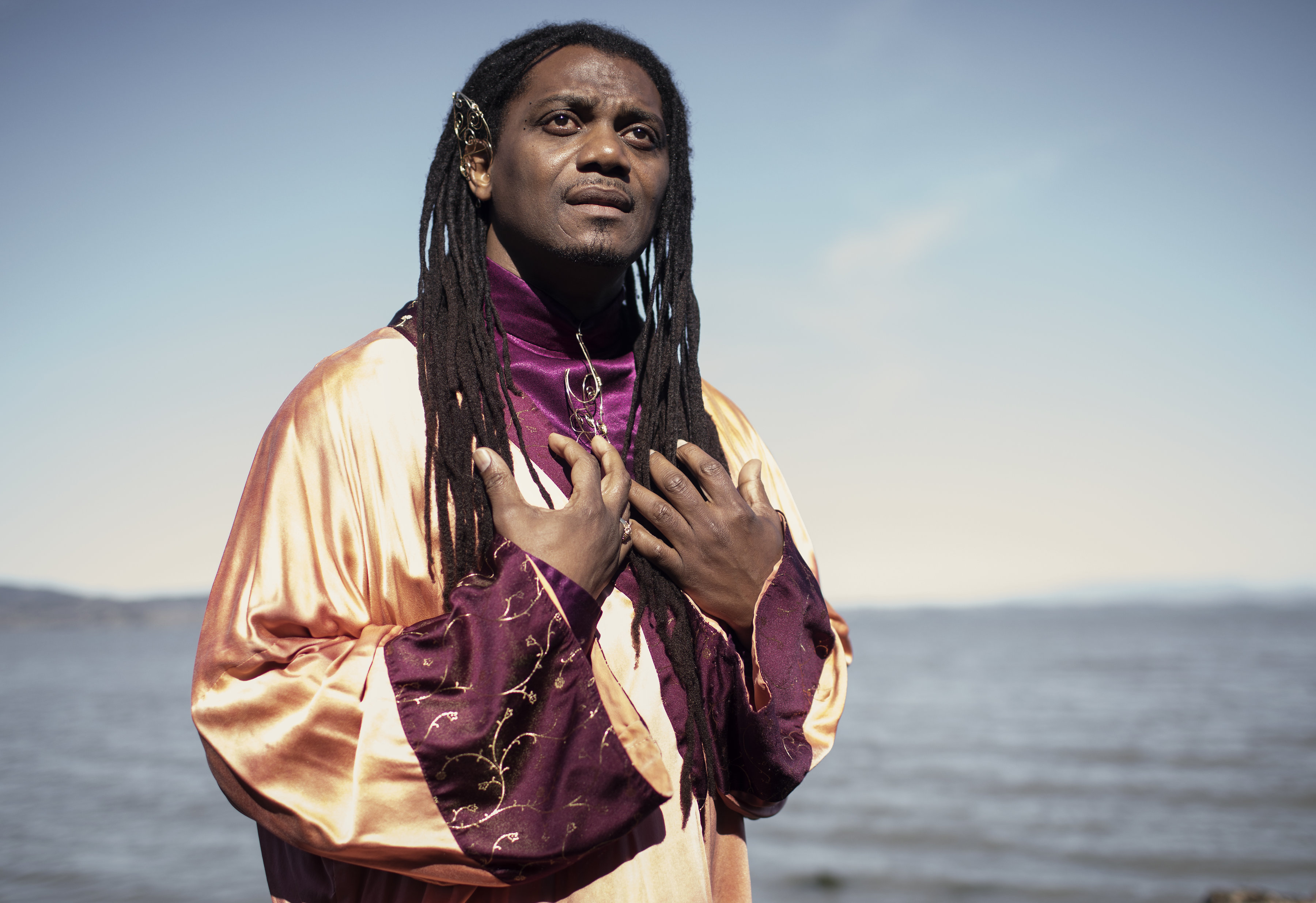 “They all have the same story–those last plays. A father throws away his daughter. And nothing will ever be right until he gets her back. They’re full of impossible coincidences. Miraculous statues. Pirates. Shipwrecks. Bears. Resurrections.”

In his play “Equivocation,” Bill Cain gives Shakespeare’s daughter a voice. Fittingly, she describes her famous father’s late plays: all stories of mixed genre and miraculous happenings. Pericles, the Prince of Tyre, written around 1608, is the first of these late plays, and with it, Shakespeare turned away from a period of writing dark comedies and darker tragedies to the realm of romance. Between roughly 1600 and 1608, Shakespeare wrote many of his most famous tragedies–Hamlet, Othello, Macbeth, and King Lear; when not writing those, he was working on his darkest comedies, including Troilus and Cressida and Measure for Measure, comedies so dark that some prefer to call them “problem plays.” Pericles and his later romances enabled Shakespeare to shift out of this literary darkness.

While still technically “comedy” in the broadest sense, the romance genre allowed Shakespeare greater freedom with form and content. “Romance” stories generally center on family relationships with a forced separation and a period of trial and tribulation. With the exception of The Tempest, Shakespeare’s romances tend to be less well known today although the genre was popular at the time he wrote them. Pericles was the first of Shakespeare’s plays to be performed in London after the restoration of the monarchy allowed the professional theaters to be reopened in 1660.

The story of the Prince of Tyre already had various, well-known incarnations when Shakespeare set pen to paper for his version. John Gower, who appears as the chorus in Shakespeare’s play, had translated an older Greek version of the tale into rhymed couplets in the Medieval period, and there were at least two prose versions of the same story by the time Shakespeare worked on his play, a popularity which inspired Ben Johnson to dismiss the story as a “mouldy tale.” Shakespeare may have been tasked with working with another playwright on what we know as his Pericles, possibly completing only the final three acts on his own. Whoever else may have worked on the play, Shakespeare very clearly put his own stamp on it–and was certainly affected by the story as so much of his later works share resonances with Pericles.

Romance provided Shakespeare with a new path, a way beyond tragedy. King Lear, for example, is another story of a daughter who is “thrown away,” and while Cordelia and King Lear do reunite, their story ends in tragedy. King Lear was likely on Shakespeare’s mind when he wrote Pericles; he found Pericles’ name from Sir Philip Sidney’s Arcadia, one of his sources for King Lear. Pericles’ daughter Marina even shares some qualities with Cordelia; both are young women of integrity who refuse to be corrupted by the iniquity around them, and both possess a powerful way with words, finding their own place in the world through their verbal prowess and honesty. (Cordelia may be rejected by refusing to flatter her father, but her honest language moves the King of France to marry her.) Both plays also center on a ruler who is forced to contend with loss, stormy weather, and a drastic change in fortune.

Pericles, unlike King Lear, is a man at the beginning of his career as a ruler, a man who has yet to find his footing in the world. It is no accident that his first trial as a potential suitor brings him face to face with an immoral, incestuous King; the play conflates the domestic and the political, so that Pericles must find his role not only as a governing prince, but as a husband and a father, too. Almost as soon as he finds a true, loving partner, however, he loses her. His wife Thaisa gives birth at sea and dies in the process. Her body is tossed overboard as a burial of sorts, and their daughter is left in the care of others while Pericles continues on his journey.

While we mostly witness loss through the trials of Pericles, the story shows the journey of his daughter as well. Named for the stormy sea on which she was born, Marina, too, must find a way to exist in this uncertain world, a world governed by unpredictable sea-changes–the radical shifting of actual seas as well as of people. Like her father, she must navigate uncertainty. As the events unfold, the references to the goddess Diana remind us of Pericles’s wife and daughter. The patron of all women, Diana was associated with virginity as well as with childbirth; women in the ancient world invoked her during labor. Pericles is the center of the story, necessarily, and yet we are reminded of the feminine–of Thaisa’s retreat from the world and of Marina’s path within it–as the story progresses. As in his comedies, Shakespeare often suggests that balance can only be achieved through a union–or, in this case, a reunion–of the masculine with the feminine.

Time in Shakespeare’s late plays extends well beyond what we tend to expect on stage: twelve years go by before Prospero meets his brother again in The Tempest; sixteen years pass in The Winter’s Tale; fourteen go by in Pericles. As in King Lear, the central characters must endure, but in the late stories, they are rewarded with reunions and resurrections. As in Judith Shakespeare’s imagined words, nothing is right until the family is reunited–and the miracle of the late romances is that losses are restored. Shakespeare would keep the emphasis on this restorative genre for the rest of his career, writing Cymbeline, The Winter’s Tale, and, finally, The Tempest–a play often read as his farewell to the theatre, a break from his professional life, and a return to Stratford and to his own family.