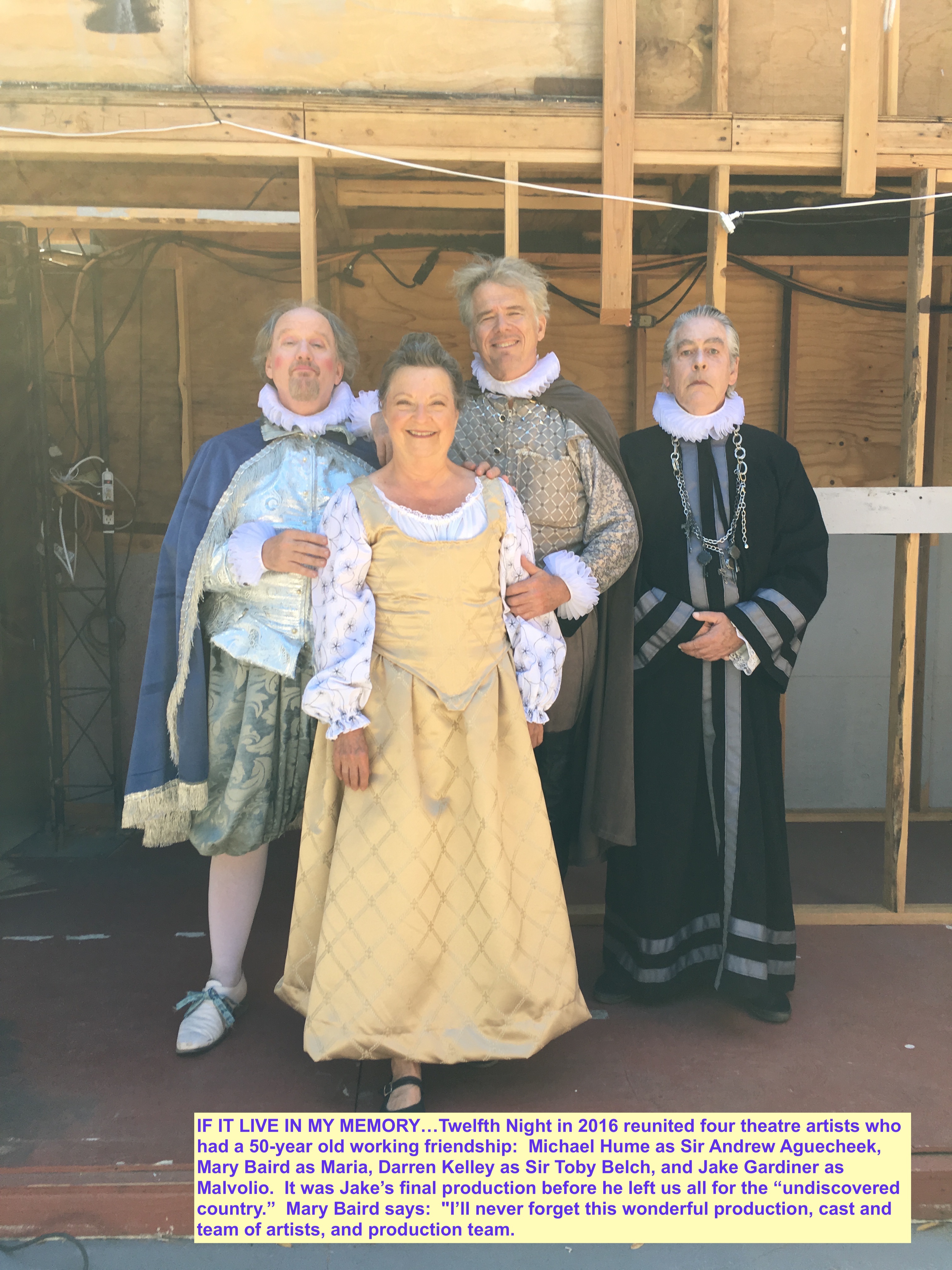 We’re inviting everyone to share favorite memories of your time with Marin Shakespeare Company!  Please send yours to Dori Eisenhauer at marketing@marinshakespeare.org.

Mary Baird, Actor
Twelfth Night in 2016 reunited four theatre artists who had a 50-year working friendship: Michael Hume as Sir Andrew Aguecheek, Mary Baird as Maria, Darren Kelley as Sir Toby Belch, and Jake Gardiner as Malvolio. It was Jake’s final production before he left us all for the “undiscovered country.” Mary Baird says: “I’ll never forget this wonderful production, cast, and team of artists and production team. 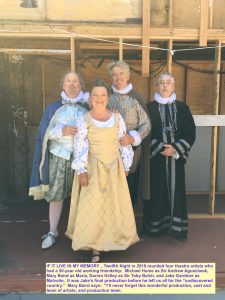 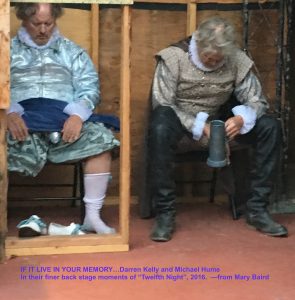 Jarion Monroe, Actor
I remember with great fondness my years with Bob Currier prior to both his and my migration to Marin; back when he and I among others, co-founded the Ukiah Players with The Importance Of Being Earnest; and then Bob and Lesley’s re-founding of Marin Shakespeare Company lo these many years ago, now thirty years later!  And we all continued to grow to what we are now:  Older! Wiser?  I don’t know, but we’ve all managed to mostly have fun on the way here. And a lot of that fun that I could I’ve had with Marin Shakes:  from being a mischievous Richard in Richard III, to a gun-slingin’ Baptista in Shrew, to a stentorian Henry in Henry IV, to a bloated buffoon in Knight of the Burning Pestle, to the dismayed father to the liar in The Liar, to a wise-cracking mechanical as Bottom in Dream, and now (hopefully) a ridiculously silly befuddled moronic King Arthur in the soon-to-be-presented Spamalot this coming summer season here at Marin Shakespeare Company! Thank you, Bob and Lesley, for a whole lotta fun, and all the possible opportunities to either crack myself up or my compatriots whenever possible (but don’t tell anyone that…unless it can sell some tickets!). 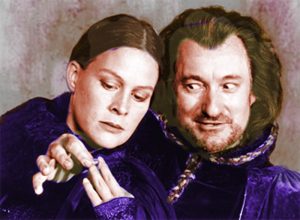 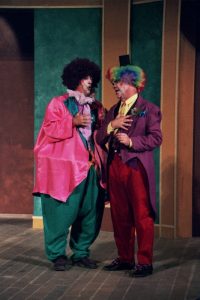 Jarion Monroe and George Maguire, Knight of the Burning Pestle, 2005 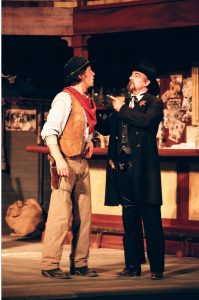 Paul Sulzman and Jarion Monroe, Taming of the Shrew, 2004 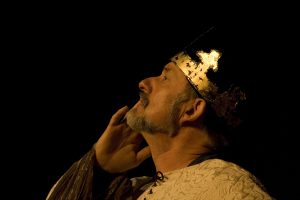 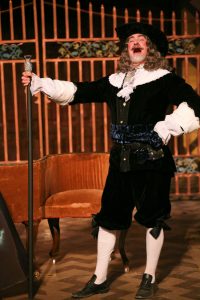 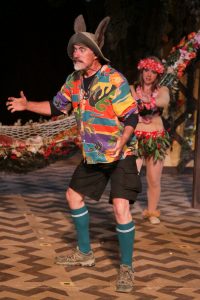 Stephen Reynolds, Actor, 2007 – Henry IV Part 1 and Henry IV Part 2
So many memories flood back from this time in my life. Though I was ‘ever so much more than twenty’, it seems that it was a time of youth, of freedom, of joy. It will forever remain a magical summer to be able to perform two shows a day of Henry IV and be ready for more at the end. Though the combo of the “Falstaff” plays did not bring in the ticket sales that the more popular Shakespeare staples (Midsummer, Hamlet, Macbeth, Lear, Taming of the Shrew etc) bring in, the audiences were really amazing and supportive. I don’t ever remember being tired at any point. I always anticipated each performance with great relish and delight. Why should I not? To be able to play Falstaff, one of the great roles of Shakespeare,  in both parts was truly a highlight of my theatrical life. Plus to play it among the moon and stars of Marin was only a spectacular bonus. The company of players were delightful and memorable. Finally, to be among such dedicated and passionate directors and producers and friends such as Lesley, Bob and Rob was what seals the deal. Each of whom are forever gentle on my mind and spirit. Thank you for that rare opportunity. Thank you for the tenacity, fortitude and love to be able to present classic theater to the people of Marin County and environs for all these years. Your outreach to the prisons and the results they have wrought are amazing. Seeing your sons now bring their own adult gifts to Marin Shakespeare is extremely gratifying. I was 56 years old  the summer of 2007 but in my heart and mind, I was a third that age. That is the magic of playing Falstaff, the Bard’s most original creation, and it is my Marin Memory that will last me forever. 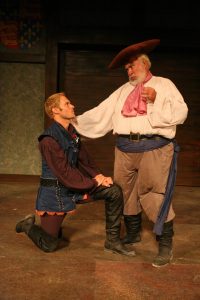 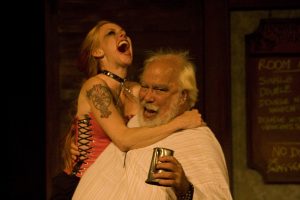 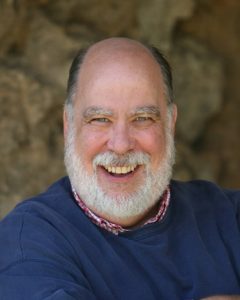 Phoebe Moyer, Actor
I’ve loved my times with MSC, Bob, and Lesley and have a ton of memories, so here’s a few. Playing the Nurse in Romeo and Juliet one blazing hot matinee and seeing a man in the 3rd row with The Complete Works of Shakespeare following word for word.  I nailed it!  Playing an aging hippie, Mistress Quickly in The Merry Wives of Windsor and always getting a laugh after taking a final toke and then swallowing what was left.  Bob loved it! Playing Mrs. Hardcastle in She Stoops to Conquer with a terrific wig and outrageous over the top proclamations but, more importantly, being the Instructor for the Interns in Styles of Acting that summer and watching them grow and prove themselves as true professionals over the years.  I’ve even got to work with a few since then!  Nothing better. My most recent memory is playing Queen Margaret in Richard III and managing my fear of heights every night as I descended on Jackson’s ingenious set.  And, finally, witnessing the amazing community programs that MSC have brought to fruition.  Thank you Bob and Lesley! 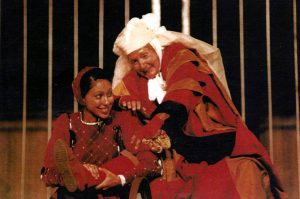 Amanda Diaz and Phoebe Moyer in Romeo and Juliet, 1998 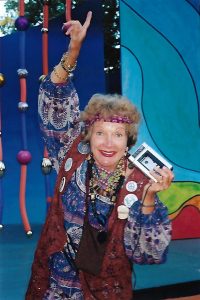 Phoebe Moyer in The Merry Wives of Windsor, 2003 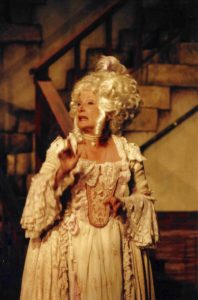 Phoebe Moyer in She Stoops to Conquer, 2004