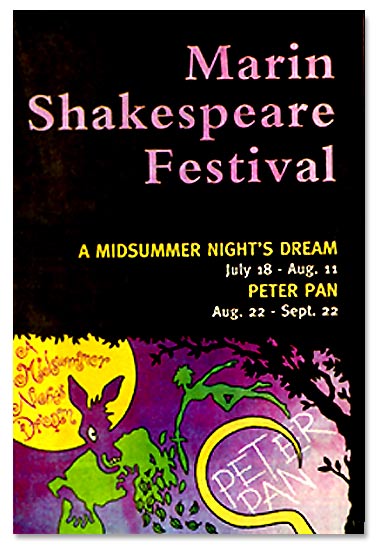 After waiting five years to mount our first production of A Midsummer Night’s Dream, we couldn’t stand the pressure of the many calls — from board members, audience members, and would-be audience members who had missed the 1994 production — to stage a revival of that award-winning delight. We’re only human; and as Puck reminds us: “Lord, what fools these mortals be!” Perhaps we were under a magical spell.

Jeff Raz and Diane Wasnak returned, along with a new crew of clowns and acrobats. There were many changes, but the original production’s magic remained, refined in places, and arguably better than ever. Bruce Lackovic, in his first of many seasons with us, produced a splendid set design that worked for both of the summer’s productions. The show was once again a true delight and a great audience-pleaser. 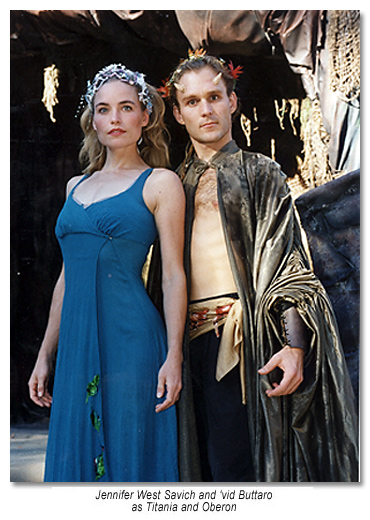 When our season ended in September of 1994, attendance was at an all-time high and many folks who caught ‘the buzz’ were unable to attend a performance before we had to shut down for the fall….Consequently, we received scores of requests to remount the show and, happily, that is what you are about to see tonight. There are some necessary changes in sets and actors (however, Len Pettigrew’s very solid Wall fittingly remains and ‘vid Buttaro, our original Lysander returns as Oberon, King of the faeries), and you will also find some new insights and delights. We hope you will enjoy sharing it with us as much as we have enjoyed bringing the dream back to life in this magical glen under the summer stars.” 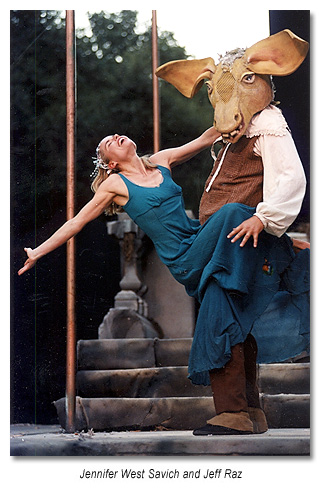 “As a heady entertainment on a warm night in the sylvan Forest Meadows Amphitheatre, A Midsummer Night’s Dream is indeed the stuff that dreams are made of, thanks to a sparkling production by the Marin Shakespeare Company…. well-executed tour de force….The recasting of New Pickle Circus’ Diane Wasnak and Jeff Raz as Puck of the fairies and Bottom of the laborers, respectively (they played these roles in ’94), is simply brilliant. Shimmying up and down poles (well-integrated into the set design of cave and temple by Bruce Lackovic) and hilariously miming the particulars of her reports to her master Oberon, Wasnak’s Puck is the crowning jewel in the unique athleticism of this production, echoed by fairies swinging and twirling on ropes and trapezes and the sexy slitherings of Titania (played by Jennifer West Savich) and Oberon (‘vid Buttaro.)…I’d only advise the players to take care not to speak their lines over the ample applause they’re likely to continue to get, deservedly, at Forest Meadows.
Jeff Kaliss, Marin Independent Journal

“Two years ago the Marin Shakespeare Company established itself as a major player in West Coast summer Shakespeare with a smash hit Dream featuring acrobat/clowns from San Francisco’s New Pickle Circus. This summer, artistic director Robert Currier is reprising his exuberantly funny production, with Diane Wasnak and Jeff Raz, 1994’s two standout stars, returning as Puck and Bottom….Wasnak embodies the character with so much feral grace and impish humor that she makes her Puck seem the most ideal conception imaginable….Wasnak induces nonstop pleasure and almost constant laughter. Raz, with whom she does some acrobatic tricks during the Pyramus-and-Thisbe sequence, is also a first-class acrobat/clown ….sparkling, garlanded grotto set….appropriately dreamy music.”
Matthew Surrence, Back Stage West 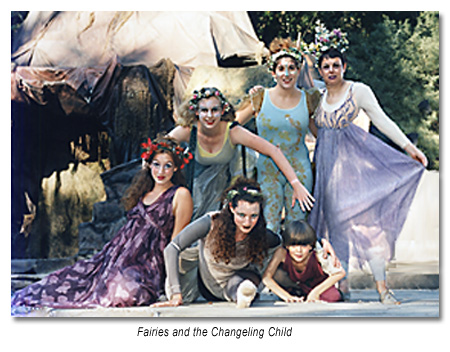 “Marin Shakespeare Company’s revival of its award-winning 1994 production of A Midsummer Night’s Dream is a gem. Subtlety has been added to excellence….Diane Wasnak’s Puck is perfect….The cast is excellent….Even if you saw the 1994 production, don’t miss this one.”
Bess Davoren, Tiburon Ark 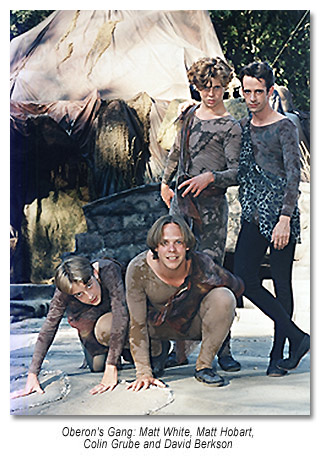 “Marin Shakespeare Company’s version of this famous play is anything but traditional ….The high-energy production of A Midsummer Night’s Dream is a potpourri of acrobatics, juggling and playful choreography, and is performed with a light-hearted comedic style.” Alaska Airlines Magazine 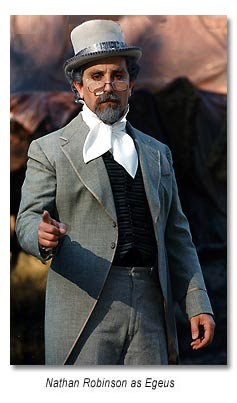 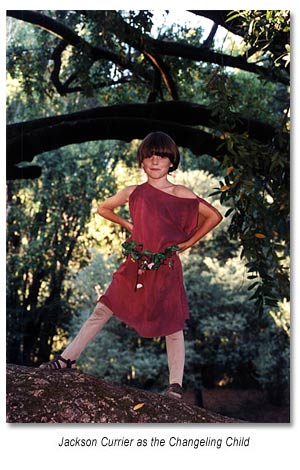 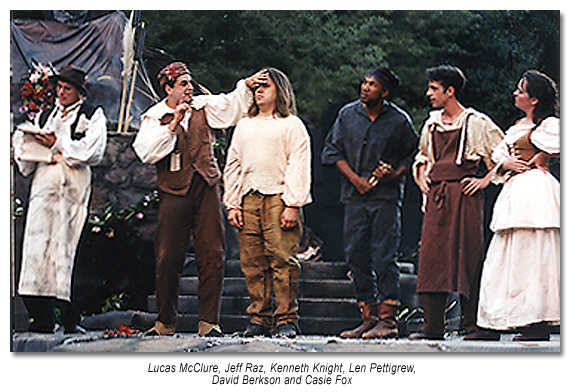