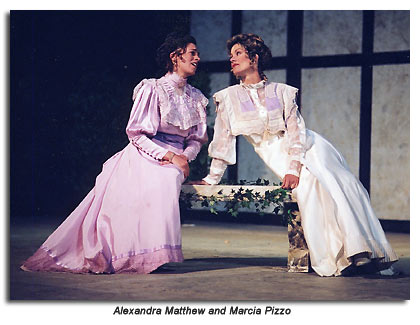 One of the delights of this production was the expansive, charming set designed by Ken Rowland. It was one of the largest sets we’d ever built, created to allow room for two huge rolling wagons that became the Forest of Arden. Symmetrical, stylish and beautiful, it was an elegant setting for one of Shakespeare’s most charming comedies.

The set was graced by a wonderful cast. Marcia Pizzo as Rosalind put in many hours of preparation and it all paid off. She was well matched by Jason Heil, a dashing and romantic Orlando. Alexandra Matthew turned in a sweetly wry Celia. Peter Schmuckal as Touchstone, Scott Coopwood as Jacques, Thomas Lynch as Corin, Bob Borwick as Silvius, Lauren English as Phoebe and Marie Shell as Audrey all shone. About a dozen canine actors auditioned to play Corin’s dog, with the chosen thespian, Maggie, turning in an appropriately subtle performance.

With six Equity actors, the largest number we had ever been able to afford up to that time, we were exceptionally proud of the entire cast – and of Marin Shakespeare Company for making artistic progress. This was a crowd-pleasing production presented with class and style.

‘Of all Shakespeare’s plays, the accurately titled As You Like It is as much set in an earthly realm of possible good as King Lear andMacbeth are set in earthly hells. And of all Shakespeare’s comic heroines, Rosalind is the most gifted, as remarkable in her mode as Falstaff and Hamlet are in theirs. Shakespeare has been so subtle and so careful in writing Rosalind’s role that we never quite awaken to her uniqueness among his (or all literature’s) heroic wits…Shakespeare has some two dozen master-pieces among his 39 plays, and no one would deny As You Like It eminence, though a few (wrongly) consider it the slightest of the masterpieces. If Rosalind cannot please us, then no one in Shakespeare or elsewhere in literature ever will. 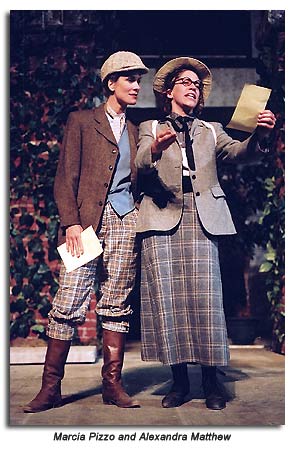 I love Falstaff and Hamlet and Cleopatra as dramatic and literary characters but would not want to suddenly encounter them in actuality, yet falling in love with Rosalind always makes me wish that she existed in our sub-literary realm. Edith Evans performed Rosalind before I was old enough to attend, according to one critic, she spoke to the audience as though everyone in it was Orlando, and so captured them all. 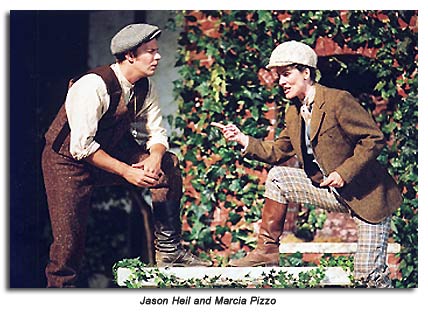 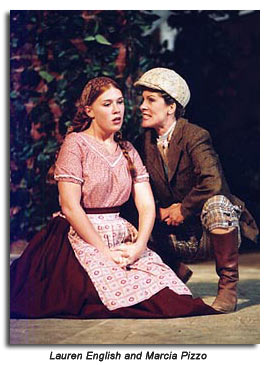 A great role, like Rosalind’s is a kind of miracle: a universal perspective seems to open out upon us. Shakespeare makes even Falstaff and Hamlet victims, to some degree, of dramatic irony… Rosalind is unique in Shakespeare, perhaps indeed in Western drama, because it is so difficult to achieve a perspective upon her that she herself does not anticipate and share… We forgive her for knowing what matters more than we do, because she has no will to power over us, except to exercise our most humane faculties in appreciating her performance…’

“Dunn-directed Shakespeare is always fast-paced…. A born showman, he entertains audiences with broadly performed comic bits, kinetic staging and delightful visual surprises, often wrapped in a ‘concept package’ that gives the play a fresh look by transposing it into a different historical setting. All these qualities are plainly visible in As You Like It, which inaugurates Marin Shakespeare Company’s 12th summer season at Forest Meadows Amphitheatre…. Peter Schmuckal stands out as a cockney-accented fool…. Patrick Flick has a brief but memorable turn as Charles.”
– Charles Brousse, Marin I.J. 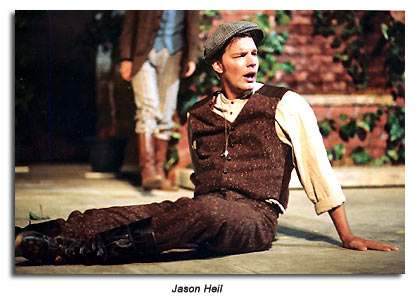 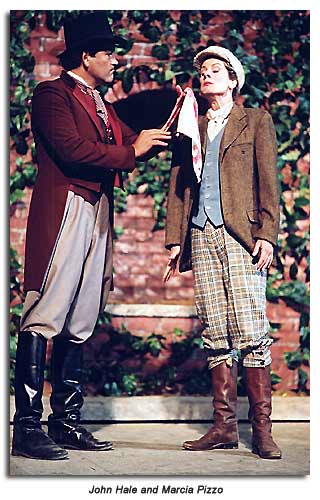 “Pizzo is lovely as Rosalind….She runs circles around Heil’s Orlando who has his best moments as he rhapsodizes about love and tacks his love poems to Rosalind on every bush and tree. Heil is charming…. Rosalind’s loyal cousin Celia (a delightful Alexandra Matthews) follows her into exile.”
– Lee Brady, Pacific Sun 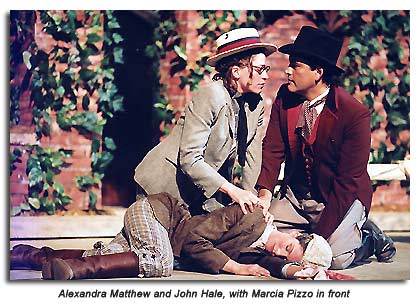 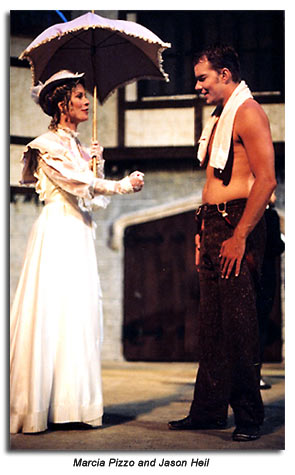 While doing research for our production of As You Like It, I came across Harold Bloom’s book Shakespeare: The Invention of the Human. I was so struck by his essay on As You Like It I thought I would like to share part of it with you. I believe Dr. Bloom speaks to the heart of the play and its central character, Rosalind: 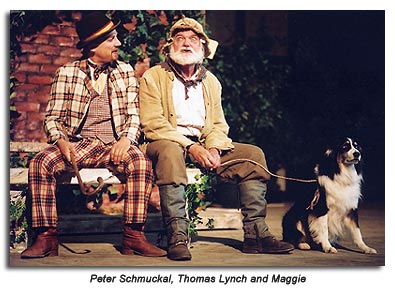 “The Marin Shakespeare production of As You Like It, directed by James Dunn… is a very enjoyable, attractive show.”
– Ken Bullock, Commuter Times 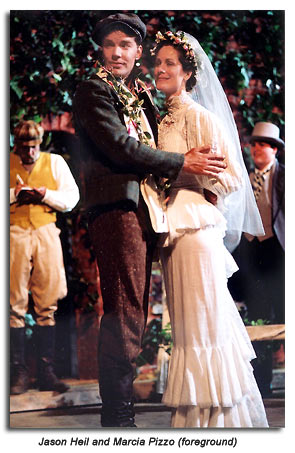 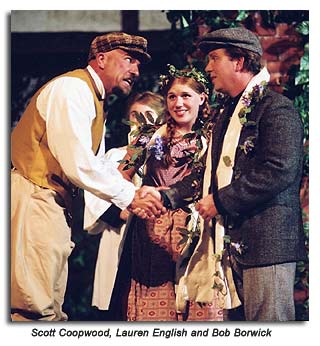