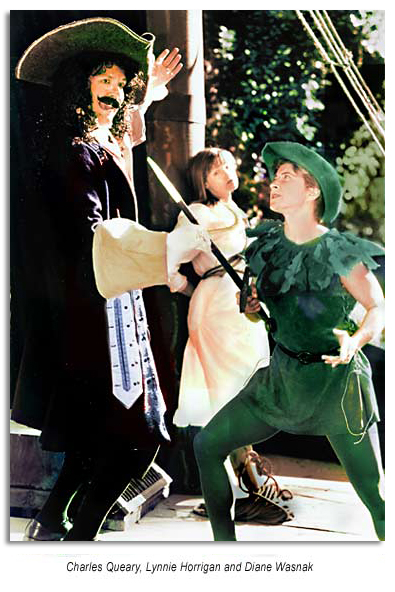 Once we had arranged to revive A Midsummer Night’s Dream and to bring Diane Wasnak back to Forest Meadows, we started thinking about a second production that might showcase her astonishing talents. J.M. Barrie’s Peter Pan flew, tumbled and leapt to mind. This classic tale, better known on the stage in its musical version, began life as a stage play. While planning the production, we made a pilgrimage to Kensington Gardens to see the Peter Pan statue on the site where Barrie first met the boys who inspired his story

As our first non-Shakespeare play, we hoped Peter Pan would be accepted by our audiences. We have to admit that added a few sly Shakespeare ad-libs. (“Lord what fools these pirates be!” Peter muttered, for example.) A fantastic score was composed by Billie Cox and two beautiful mermaids (teenage apprentices in glittering costumes) sang a hauntingly beautiful tune to help set the tone for Never Land. 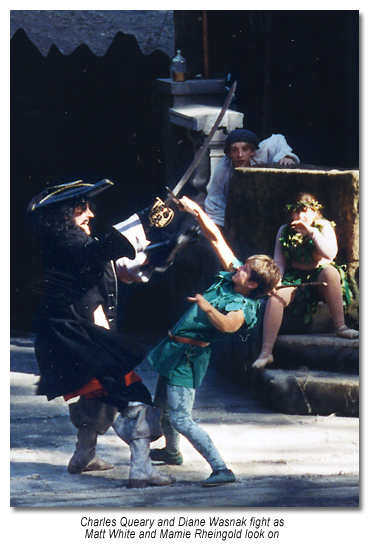 For this production, we purchased metal box truss, which was necessary for creating the flying sequences. Working outdoors, we had no proscenium stage ready-built from which to secure cables. ZFX, a professional flying company, came in to ensure our flying was both safe and artistically stunning. With Puck’s acrobatic pole, the trapezes for our fairies, and Peter and the children’s flying, Bob Currier became a master Rigger. Ensuring all this equipment would be safe for the vigorous stunts performed on it was nerve-wracking, and we enlisted the help of every professional rigger we could find. Getting through the run with no injuries was a major achievement. 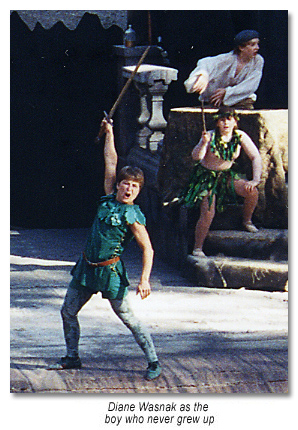 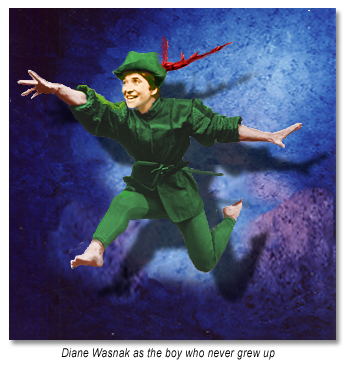 Bruce Lackovic’s set was tremendous: a pirate ship stage left held a dozen actors while the Lost Boys had a wonderful slide leading down to their underground house with a magic mushroom for a chimney. After
just about every performance we had to shoo away the children who wanted to run around the irresistable onstage playground.
Peter Pan was a huge hit, drawing large audiences of parents with youngsters in tow while entertaining many children of all ages. 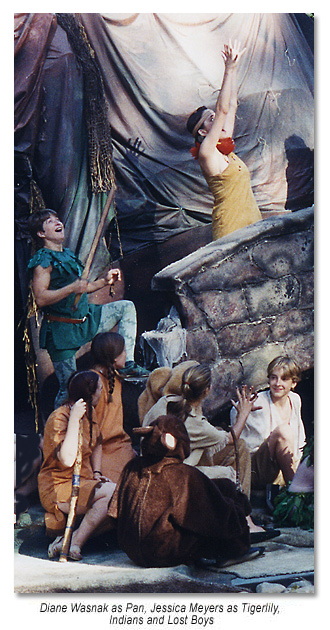 Chairman of the Board’s Welcome:
The performance you are about to enjoy is part of Marin Shakespeare’s seventh season….During those years we have earned recognition as one of the Bay Area’s premiere cultural attractions, what one reviewer called ‘a quintessential Marin event.’ Let me brag a bit. MSC is now a professional Actor’s Equity company. We consistently win critical plaudits, including a 1994 Critics Circle Award for ‘Best Overall Production.’ Our audiences are growing, with people bringing their friends. The festivities tonight, however, are only the most visible part of what we do to enrich the Marin community. It surprises most patrons that we function year-round, and not just in front of the footlights….We develop new talent for the stage with our Intern and Apprentice Programs for pre-professional actors and teenagers, our new Young Company (ages 8 – 12), and an upcoming high school company winter touring show. Those are some of the ways we’ve grown in the past seven years.” — James J. Gallagher, Ph.D. 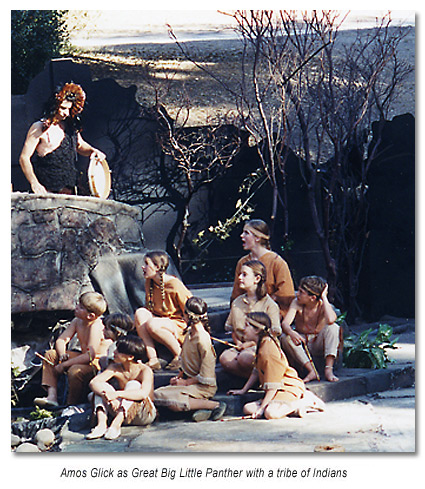 “Wasnak is fun to watch.in flight, bounding over and snaking under a stick, sulking when she can’t get her shadow to stick. When she imitates Tinkerbell’s electronic voice, she flashes another of her many gifts, as a mimic..Peering out from under his pirate’s tricorn hat and wavy black curls, [Charles Queary] looks momentarily astonished that the audience members would boo his evil calculations. Then he eggs them on with a little kiss and fiendishly narrowed eyes. There’s something deranged behind his ingratiating, sweet smile..

But when his wig came awry and Queary improvised a menacing ad-lib,you just had to love his unswervingly rotten Hook.”
Steven Winn, San Francisco Chronicle 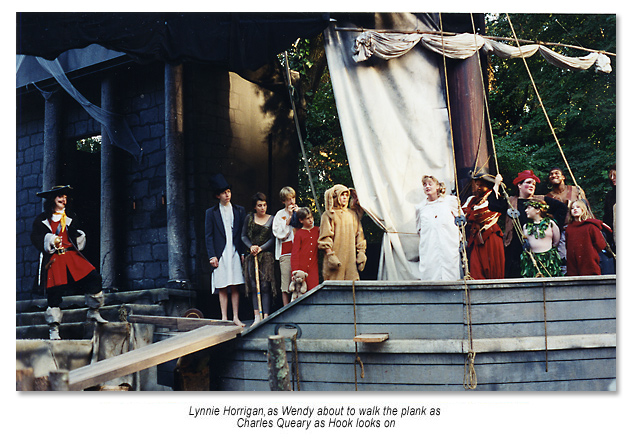 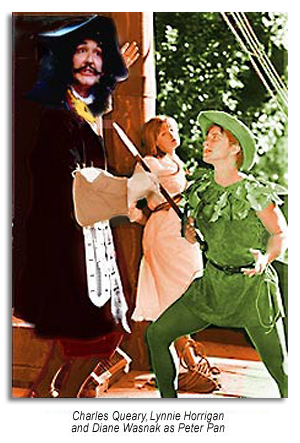 “The real surprise of the evening is Charles Queary’s dastardly Captain Hook. Absolutely addicted to audience response, Queary played the audience like an ill-tuned lute and we hissed at him and booed him with as much pleasure as we clapped for the life of Tinkerbell..[Diane Wasnak] has an electrifying charm..Following the Marin Shakespeare Festival through the summer is one of the great pleasures for us theatre lovers.”
Chrisanne Beckner, Commuter Times