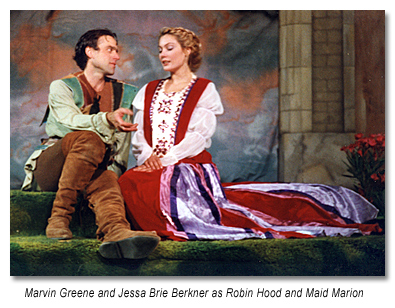 After the success of Peter Pan, we thought our audiences would enjoy another “family classic.” Lucas McClure, an actor in the company who also initiated our Young Company program of Shakespeare classes for children, told us about a version of Robin Hood that had been wildly successful at the Idaho Shakespeare Festival. In fact, the production was such a hit the Idaho folks had brought it back for a second year the following season. We read the play and enjoyed its playfulness.
It had wonderful characters that would give actors a chance to flaunt their versatility, and a strong moral message that seemed to get at the core of what is important about the Robin Hood story.

To direct, we enlisted one of the Bay Area’s hottest young directors, Cliff Mayotte, whose Rough and Tumble Theatre Company was enjoying massive success and artistic accolades. We loved working with Cliff and we loved the group of actors assembled for the production. We loved the gorgeous set, the colorful and inventive costumes playfully created by K. C. Wallace. But somehow, the show didn’t entirely resonate with Marin audiences. Something about the style of the writing, which had obviously tickled folks in Idaho, was not quite sophisticated enough for Marin. And the play was a little too grown-up for children. Although we felt in many ways it was a better show than Peter Pan, the audience response wasn’t quite the same.

We learned that what’s a blockbuster in Idaho can turn out to be merely good in California. We don’t regret anything about the production. It was well done and entertaining – and it did have a great message about the importance of the poor and downtrodden. 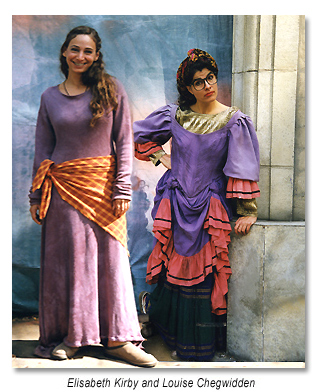 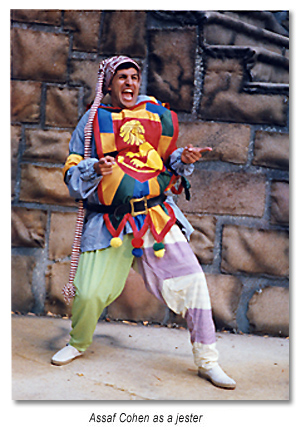 “I believe that, more than any character of the past thousand years, Robin Hood embodies the qualities of a popular hero. He is a working class hero, someone we can see and talk to and share a tankard of ale with; the ‘Sir Robin’ of some versions is a much later addition. His abilities are not god-given by earned through hard work and skill.

Ultimately, Robin represents something modern man truly feels: a yearning for freedom and justice in a world growing steadily more complex, with all the accompanying danger and responsibility that freedom and justic bestow. Nigro wreaks wonderful havoc on the Robin Hood archetype. He managers to recreate our shared mythology, telling a story both historical and accessible, running the gamut from ‘Olde English’ to Mel Brooks. It confounds and exceeds our expectations, like seeing a new personality trait in an old friend and being pleasantly surprised.” 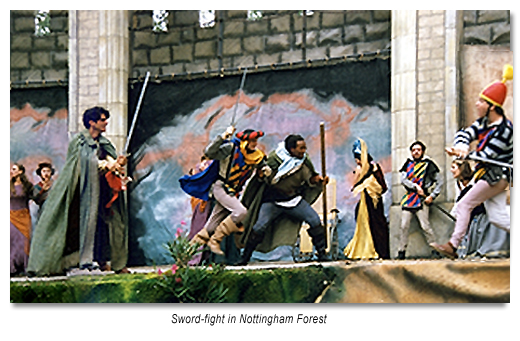 What the Critics Said :

“Most of the reveling comes into the hands (in more ways than one) of Friar Tuck, played with charm and charisma by Patrick Flick, who is joined by Deborah Ben-Eliezer, a very convincing Lady Quigley….Though the heat between [Marvin Greene as Robin Hood and Jessa Brie Berkner as Maid Marian] is always a low flame, these two manage to maintain a Shakespearean balance with the lusty Friar Tuck and his captive Lady Quigley. The combination of classic chaste romance and drunken revelry is one of the most successful ways the play melds extremes and presents them as mirrors to one another….the play is full to the brim with well-written and well-acted material meant to both entertain and educate.” Chrisanne Beckner, Commuter Times 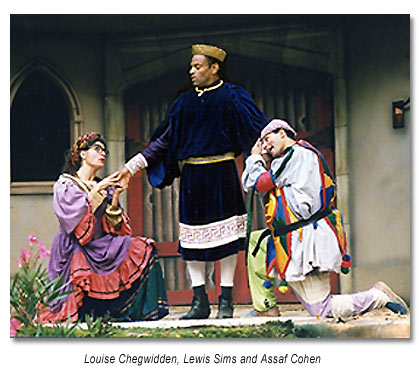 “A vigorous version of Robin Hood opens the season for the Marin Shakespeare Company….Cliff Mayotte…has done an incredible job of directing and staging this demanding play. The set and lighting design by Bruce Lackovic and costumes by K.C. Wallace add to the visual delight of the production.”
Bess Davoren, Tiburon Ark 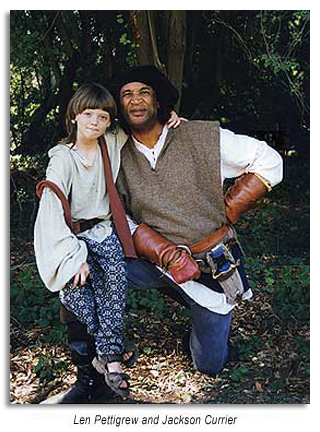 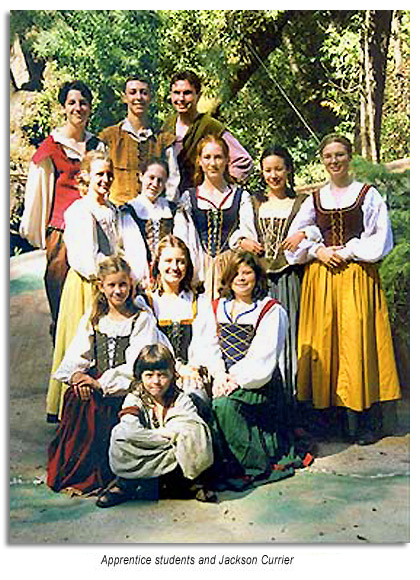 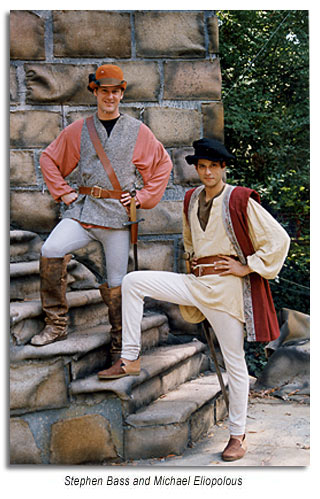 “Robin Hood, Don Nigro’s wacky farce [is]….go-for-broke shtick….
The play quite shamelessly takes the low road. On its own terms, it succeeds beautifully. Happily, the performers are quite up to the formidable and demanding task – all 34 of them.”
Roberta Floden, Marin Independent Journal 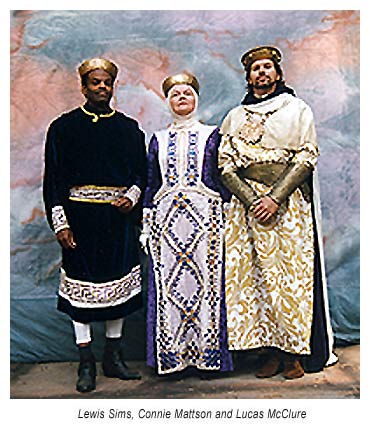 “A friend took her kids to Dominican College to see an outdoor theatrical performance of the Robin Hood story, and much to her surprise discovered that this Marin County Robin Hood didn’t hunt the king’s deer. Robin and his merry men (make that merry persons) ate beans….Marin Robin and his mellow band only killed deer when the sheriff of Nothingham had wounded them. This makes Robin Hood sort of a 12th century Kevorkian committing assisted Bambicide, but never mind that….Robin talked about how deer cry real tears….At least no deer were injured in this production. However, plenty of hearty beans were washed down to their musical fate with flagons of Odwalla by a jaunty gang of outdoorsy progressives. Where are the People for the Ethical Treatment of Legumes when we need them?”
Rob Morse, San Francisco Examiner 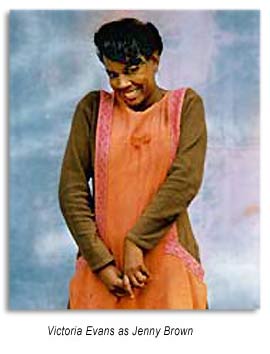 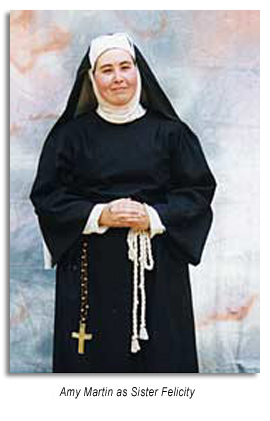