We’re Excited to Introduce the Casts for the Summer Productions: 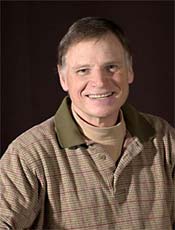 Spotlight on Barry Kraft
Barry is a unique treasure of the American Shakespeare theatre. He has acted in all 38 of Shakespeare’s plays (more than 100 roles in 82 full productions) including numerous roles in 20 seasons with the Oregon Shakespeare Festival. He has also performed at many of the nation’s other leading theatres. At OSF, he has been dramaturg for 37 Shakespeare productions as well as several non-Shakespeare plays. He has taught at the American Conservatory Theater and the Denver National Theater Conservatory among other places. Barry’s passions include chess, go, astronomy and literature. He has published After-Dinner Shakespeare, Thy Father is a Gorbellied Codpiece, and “On the Theatrical Worth of Discarded Words” in On-Stage Studies. Barry’s unique official title at the Oregon Shakespeare Festival, from which he retires after the 2005 season, is “Shakespeare Dramaturg and Gadfly.”

Barry acted with the original Marin Shakespeare Festival in 1968 playing Macduff in Macbeth and Octavius Caesar in Antony and Cleopatra and is thrilled to return to the Forest Meadows stage. He has worked on seven production of King Lear, alternating the title role at the American Conservatory Theater in 1987 with Peter Donat. This time around he will be working from the ground up, helping to shape the script, plan the production, and creating what is sure to be a memorable performance in Marin Shakespeare Company’s first assay at Shakespeare’s grand tragedy. Be sure to catch one of Barry’s vibrant lectures to be scheduled during the summer; these are a can’t-miss treat!

Spotlight on Rob Clare
Rob Clare’s work as an actor and/or director included seasons at the Royal Shakespeare Company, the Royal Exchange Theatre Manchester, as a Staff Director at the National Theatre, and as the Associate Director of Compass Theatre, before he returned to Oxford University in the 1990s to complete a doctorate focused on the practical interpretation of Shakespeare’s verse and prose.

Since graduating from Oxford as a Shakespeare specialist, his work in some of the UK’s leading drama schools has included creating the Masters Program in Classical Acting at London’s Central School of Speech and Drama, which he also directed for its first three years.  He now regularly coaches the core acting ensemble at the Royal Shakespeare Company.  He has also taught Shakespearean Acting for Rutgers University at London’s Globe Theatre, and has worked regularly at India’s National School of Drama, in New Delhi.  He regularly directs Shakespeare master classes and workshops at the Actors Center in New York.  His theatrical work in prisons was featured in the BBC documentary Act of Faith, his published academic criticism has won international literary awards, and he has also taught workshops and seminars in Oxford University and in University College, Dublin.  Rob has been coaching actors and contributing to rehearsals at Marin Shakespeare Company for ten years now, working closely with Artistic Director Robert Currier.

His involvement as a co-director for the coming season has stirred tremendous enthusiasm among Bay Area actors eager to work more closely with him. Rob is also always a witty, jovial addition to any group and generally the life of any party.  When not in rehearsal rooms or theatres, and since he is now too old to be a competitive soccer player, his preferred sphere of activity is to be high up on alpine glaciers. 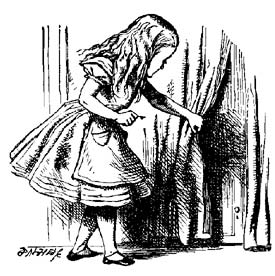 “Lewis Carroll,” as Charles Dodgson was to become known, was born on January 27 1832 into a predominantly northern English family inclining towards the two good old upper middle class professions of the army and the Church. His great-grandfather, also Charles Dodgson, had risen through the ranks of the church to become a bishop; his grandfather, another Charles, had been an army captain, killed most romantically in action in 1803 while his two sons were babies. The elder of these — yet another Charles – reverted to the other family business and took holy orders. He was mathematically brilliant yet married his cousin in 1827 and retired into obscurity as a country parson.

Young Charles was born in the little parsonage of Daresbury in Cheshire. When Charles was 11 his father was given the living of Croft-on-Tees in north Yorkshire, and the whole family moved to the spacious Rectory. Young Charles’ “reading lists” preserved in the family testify to a precocious intellect: at the age of seven the child was reading The Pilgrim’s Progress. Charles went to Oxford where his clear brilliance as a mathematician won him the Christ Church Mathematical Lectureship, which he continued to hold for the next 26 years. The income was good, but the work bored him.

In 1856 he took up the new art form of photography. He excelled at it and it became an expression of his very personal inner philosophy; a belief in the divinity of what he called “beauty” by which he seemed to mean a state of moral or aesthetic or physical perfection. In his middle age, he was to re-form this philosophy into the pursuit of beauty as a state of Grace, a means of retrieving lost innocence. This, along with his lifelong passion for the theatre was to bring him into confrontation with the Moral Majority of his day and his own family’s High Church beliefs. He began writing — poetry, short stories, sending them to various magazines, and already enjoying moderate success. Between 1854 and 1856, his work appeared national publications as well as smaller magazines.

In 1856 he published his first piece of work under the name that would make him famous –‘Lewis Carroll’. In the same year, a new Dean arrived at Christ Church, Henry Liddell, bringing with him a young wife and children, all of whom would figure largely in Dodgson’s life over the following years. He became close friends with the mother and the children, particularly the three sisters — Ina, Alice and Edith — taking the girls out on the river for picnics. It was on one such expedition, in 1862, that Dodgson invented the outline of the story that eventually became his first and largest commercial success — the first Alice book. Having told the story and been begged by Alice Liddell to write it down, Dodgson was evidently struck by its potential to sell well. Alice’s Adventures in Wonderland was published in 1865, under the pen-name Dodgson had first used some nine years earlier — Lewis Carroll. Alice was an immediate phenomenal success, yet throughout his growing wealth and fame he continued to teach at Christ Church until 1881 and he remained in residence there until his death.

He published Through the Looking-Glass and what Alice found there in 1872, his great Joycean mock-epic The Hunting of the Snark, in 1876, and his last novel the two volume Sylvie and Bruno in 1889 and 1893 respectively. He also published many mathematical papers under his own name, courted scandal through his associations with the opposite sex, toured Russia and Europe on an extended visit (in 1867) and bought a house in Guildford, where he died, suddenly of violent pneumonia, on January 14 1898.