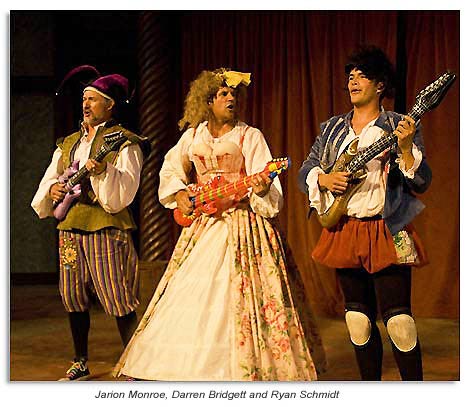 With the 2007 production of “The Complete Works of William Shakespeare (abridged),” this play once again takes a dubious place as the most-produced play in Marin Shakespeare history. Why remount a play we’ve done three times before?

Only because it is one of the funniest, most enjoyable, most entertaining nights of Shakespearean spoofing ever invented. Jarion Monroe and Darren Bridgett — two towering comic talents — had long wanted to do some serious comedy together. Darren, of course, stole the hearts and souls of countless audience members during our first three productions of “Complete Works” in 1998 – 2000. Jarion wanted to get in on the fun and play with Darren.