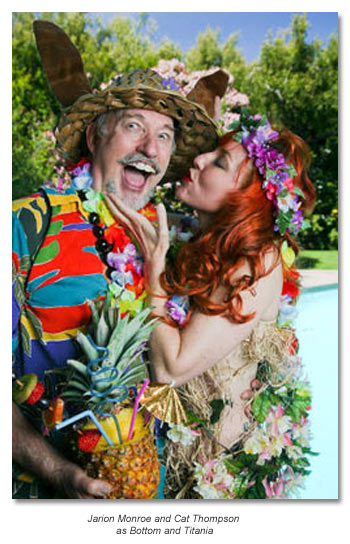 “A Midsummer Night’s Dream” is, of course, one of the greatest theatrical achievements ever. It is a play we have done dozens of times with student actors of all ages, at San Quentin, at Baja Shakespeare, in college, at the Oregon Shakespeare Festival (where Lesley played a Fairy in 1987), and with both of our sons in various school productions. Just as Samuel Coleridge is said to have written “Kubla Khan” after awakening from a drug-induced dream, this play seems to have sprung full-blown from the brain of William Shakespeare like Athena from Zeus. The poetry is exceptionally mellifluous and magical. The humor still delights. It is a play as close to perfection as possible.

And yet… having produced this play several times at Forest Meadows, we decided to give this one a bit more of a twist than we have in the past. The magic of the play seemed to fit the magic of place we love – Hawaii. 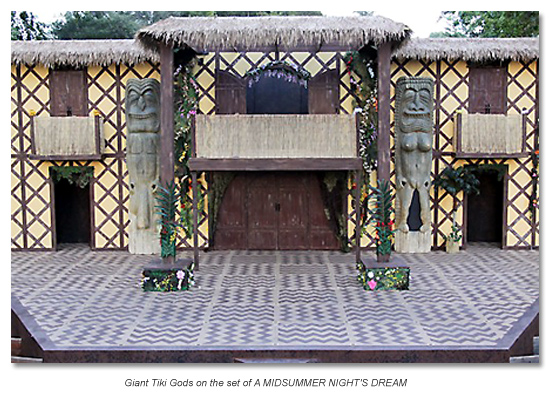 We have our exceptionally lovely (inside and out) daughter Sara to thank. Growing up as surfer, Sara chose to go to college in Hawaii, first on the island paradise of Kauai and later in Honolulu. And of course we had to visit often. Sara’s passion is preserving native Hawaiian plants, and she has a deep connection to the land and history of Hawaii, as well as its unique and special spirit. Hawaii is the newest place on planet earth, and a place still passionately being created by the meeting of fire and water. It’s gods, sprung from the Polynesian traditions the earliest humans brought with them to the islands, both celebrate natural phenomena and have very human characteristics — just like the pagan spirits who inspired the fairy world of the play. 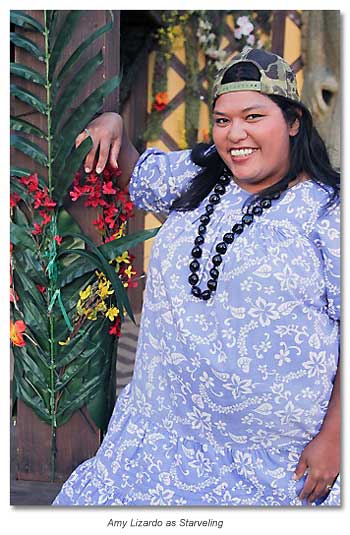 When our dear friend Leslie Harlib invited us over one night for pupus and maitais, just as we were dreaming our way into the summer season, Hawaii started wafting its lyrical, hibiscus-scented charm into our imagining of the play. And we were hooked. We loved listening to Hawaiian music, learning authentic hula moves, and finding out about the gods and goddesses and traditions of the island from the knowledgeable Shawna Alapa’i who joined us as our Hawaii consultant. We hoped we weren’t wrecking Shakespeare’s masterpiece, but rather adding a layer of a special kind of sweetness.

This production of “A Midsummer Night’s Dream” was sort of like taking a mini-vacation to Hawaii for a few hours, without leaving home.

Aloha! A rare, one word oxymoron, like “shalom”, which means one thing and its opposite, and a whole lot more. Hello and Goodbye. And more than that too…the word carries with it the whole spirit of Hawaii. Hawaii is indeed a land full of spirit, a place where nature is powerful with personality, a land of natural beauty and magic, alive with ancient myths.

This is perhaps the world’s millionth production of the amazing, wonderful, fantastical A Midsummer Night’s Dream, Shakespeare’s best title for his most popular play. Yet this is the first production I’ve ever done or seen set in the magical, romantic and fantastical locale of Hawaii. 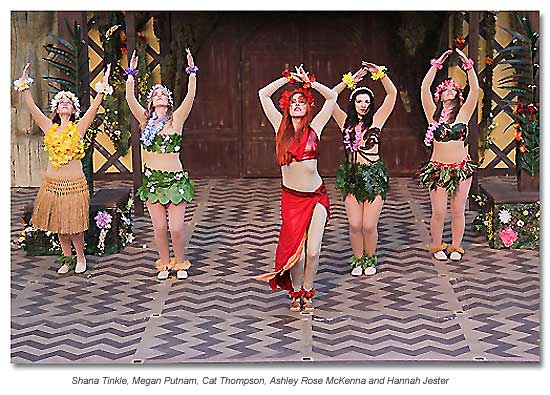 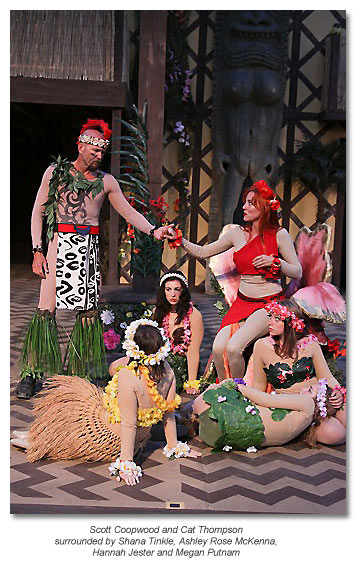 Just as Shakespeare was inspired by the Greek myths he read in Ovid’s Metamorphoses, I’ve been inspired by Hawaii’s ancient myths. The story of Pele tells of the goddess of volcanoes and fire, born of the marriage of earth and sky. She is both Creator and Destroyer (Aloha!), not unlike the Hindu god Shiva. Her eruptions of molten lava both build the islands and wreak havoc over everything in their path. She makes her home deep in Kilauea, the most active volcano on earth, on Hawaii’s Big Island. Like Titania, whose moods throw all of nature out of kilter, Pele affects all who live within her realm. 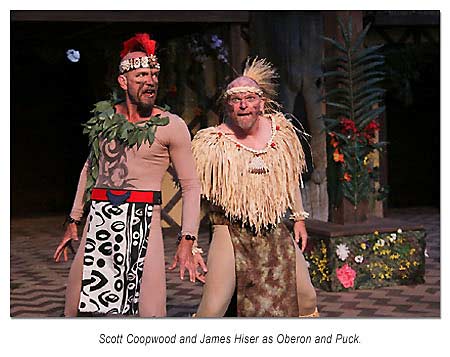 Oberon (minus the b-e-n) reminds us of Oro, the main Polynesian god of war, who in times of peace became the god of fine arts; he fights when necessary and dances when the fighting is done. His puckish trickster demi-god Maui, spiritual relative of the Navajo Coyote, fooled his brothers, while fishing, telling them he had hooked a huge fish and urged them to paddle with all their might – this is how the Hawaiian Islands were pulled from the ocean floor into the air. 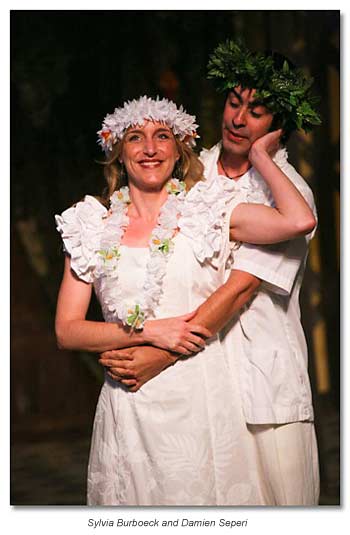 Our play is set in a somewhat fantastical version of contemporary Hawaii. The spirits, of course, are immortal. No matter where you set this play, it reminds us what fools we mortals be, especially when it comes to love and romance. 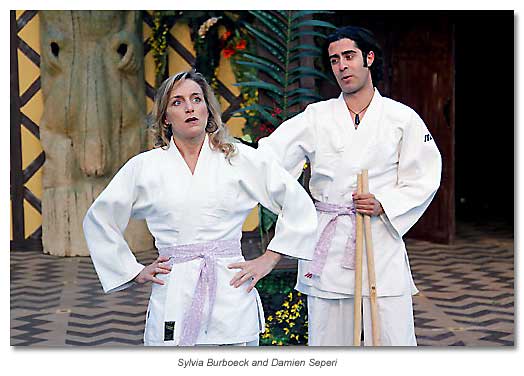 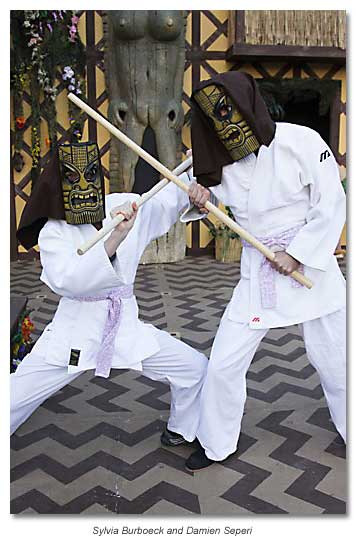 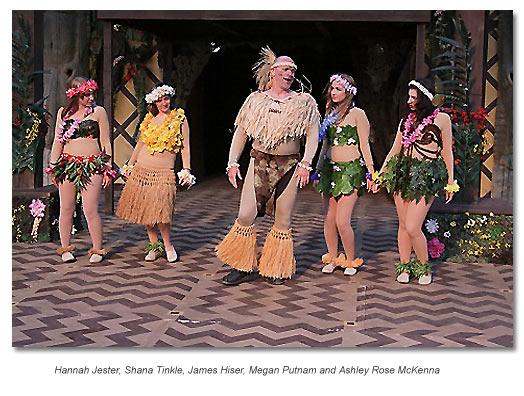 “Though entertaining throughout, this production’s most memorable moments occur in the second act’s climactic scene, in which James Hiser’s Puck, acting under orders by his Fairy King master (Scott Coopwood), tries to remedy the mischief caused by his previous errors. 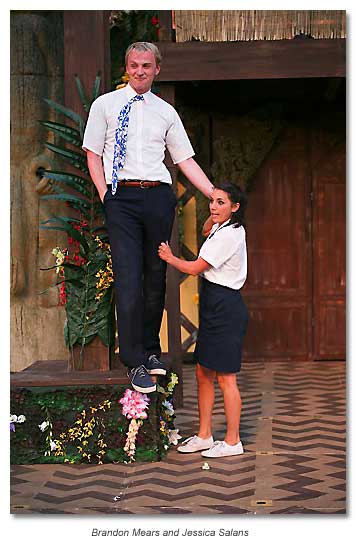 Director Currier is known for his emphasis on physical movement by his actors. Here he outdoes himself as bodies—including Brandon Mears (Lysander), Evan Bartz (Demetrius), Luisa Frasconi (Helena) and, especially, the incredibly nimble Jessica Salans (Hermia) fly, tumble and fall in every direction….

No doubt purists will cheer that Shakespeare’s text, minus some judicious cuts and the addition of a few very funny topical interjections, remains intact. For the rest of us, it gives this MSC production an amiable warmth that is quite welcome on a chilly summer evening in San Rafael.” 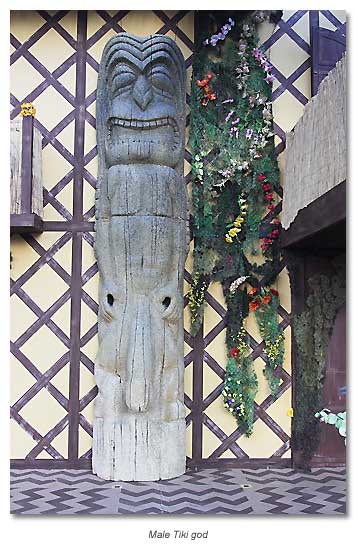 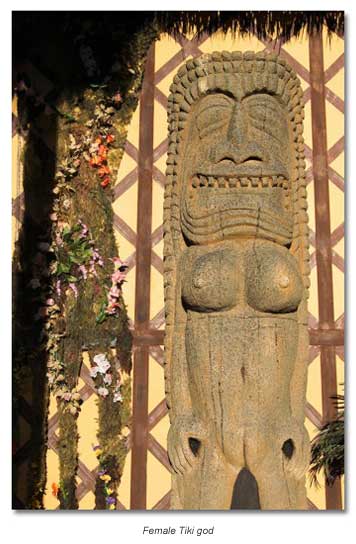 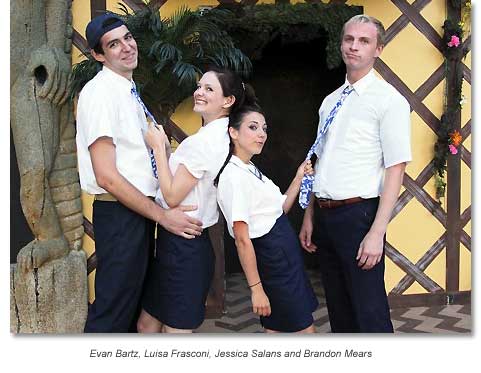 Currier takes a broad, scattershot approach with the humor, adding a lot of contemporary gags about cellphone reception and Siri and altered lines like, “Weeds of Old Navy he doth wear.” His staging makes good use of the whole amphitheater, with chases going on around the audience and characters descending into it.

Scott Coopwood makes a strutting, macho Oberon….James Hiser is a very funny Puck….Jarion Monroe is hilariously hammy as Bottom…. Alexander Lenarsky is hysterically over the top as the panicky Flute…. It all culminates in a goofy dance to a Hawaiian-themed Spike Jones novelty tune. 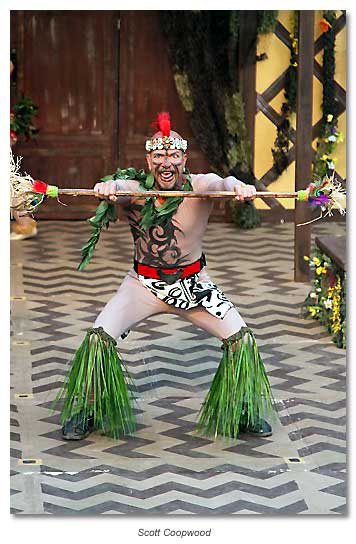 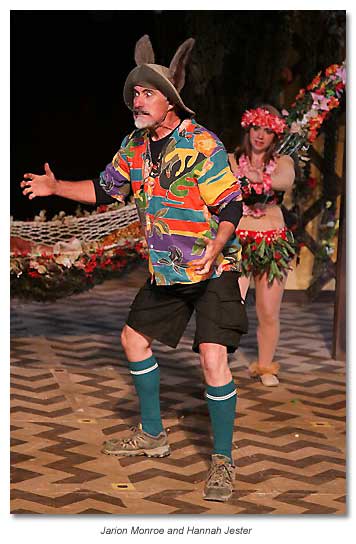 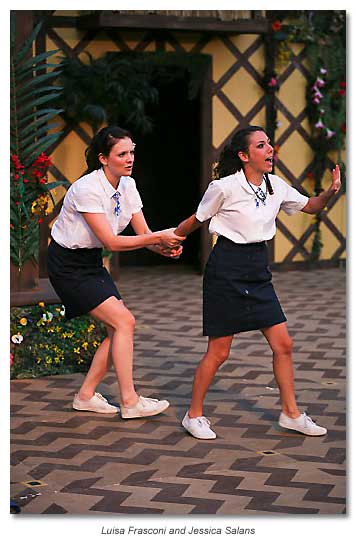 The real action here is with the young lovers in prep school uniforms. Jessica Salans is a fierce Hermia, Brandon Mears an amusingly anguished beau as Lysander, and Evan Bartz a nicely smarmy, borderline date-rapey Demetrius. Luisa Frasconi makes a delightful Helena, hilariously awkward in her adolescent attempts to be seductive and priceless in squealing teen frustration. Her brutal cat fight with Hermia is not to be missed. “ 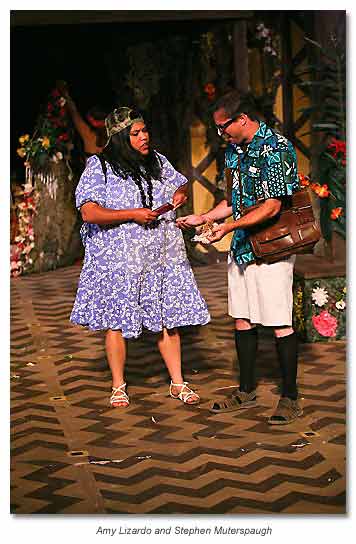