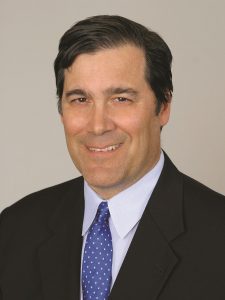 Chair: Andrew Gordon is a trial partner at the international law firm Duane Morris LLP where he handles complex insurance and commercial litigation. A graduate of Amherst College and the University of San Francisco School of Law, Andy is identified as one of California’s leading business litigation lawyers in Chambers USA, America’s Leading Lawyers for Business since 2006, one of California’s Super Lawyers through a peer review process, and long recognized as an A-V rated attorney in Martindale Hubbell.  Andy has handled numerous pro bono matters and leads Duane Morris’ pro bono activities in its San Francisco office.  In addition to his leadership at Marin Shakespeare Company, he serves on the Board of San Francisco Giants Community Fund.  His past community work include: Chair of the Board of Flex Public Schools, overseeing two on-line charter schools in the Bay Area, Board member of Big Brothers Big Sisters in Marin County, and Chair of the Boards of tennis clubs in Marin County, and a homeowners association at Lake Tahoe.  Andy joined the Marin Shakespeare Company Board in 2017 and became Chair in 2019. 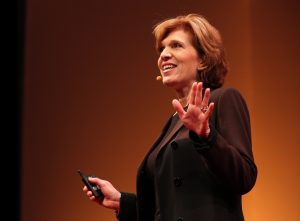 Vice Chair: Morrow Cater is the President of Cater Communications, a strategic engagement collaborative working to advance social justice and climate solutions across the country and world. A graduate of Harvard College, Morrow is a recognized expert on climate and clean energy issues on the national stage, including the 2013 TED conference, where she spoke about Bridging the Partisan Divide over Climate.  Throughout her career, Morrow has focused on the critical role of communications in achieving social change. Prior to founding her company, Morrow was a journalist who produced nationally acclaimed, award-winning films on social and political issues for PBS Frontline and for ABC News. Her awards include an Emmy for Individual Achievement in Research and a DuPont-Columbia Award for Excellence in Broadcast Journalism. Morrow joined the Marin Shakespeare Company Board for the second time in 2019, dedicated to the “Playing For Good” social justice program.  Her first tenure on the Board was twenty years prior. 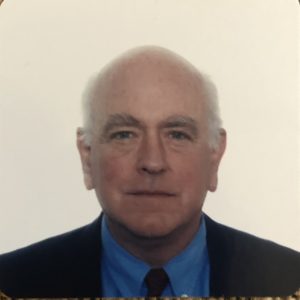 Treasurer: Alan M. Gregory is a commercial real estate investor, 4th generation Californian, and graduate of UC Berkeley.  While working in London for 10 years, Alan helped revitalize the industrial dock area east of London, which was heavily damaged during WWII and derelict for the decades that followed. At the time, this was the largest commercial office building project in the world, over 10 million square feet.  He also spearheaded rejuvenation of a Thames ferry service that provides a cleaner alternative means of transport from central London.  Alan moved to Marin County in 2017, with his wife, Susie, and two sons, Hector and Alexander. He joined the Marin Shakespeare Board in 2019.

Secretary: Sheila McClear has spent her career in higher education, both as teacher and administrator.  A Magna Cum Laude graduate of Nazareth College, with an M.A. in English from the University of Michigan, Sheila served on the faculties of University of Hawaii and University of Maryland European Division, with teaching assignments in Turkey, Greece, Italy, Spain, Germany and England.  While in Hawaii, she wrote and edited for Young Hawaii Magazine and served as media director and spokesperson for the first Crater Celebration — a benefit rock festival held in Diamond Head crater. Upon returning to the U.S., Sheila joined the San Francisco firm, Art Blum Public Relations.  She moved to the San Francisco State University Public Affairs office (now University Communications), where she eventually became Director of Public Affairs, with responsibility for media relations, publications, and crisis communications.  She also served as Director of Special Projects, with presidential speechwriting in her portfolio.  She serves on the Board of Directors of the San Francisco State University Retirement Association.  Sheila joined the Marin Shakespeare Board in 2015, drawn by its artistic excellence and its social justice work. 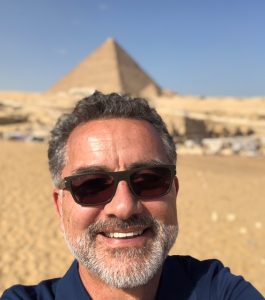 Ben August is a father of four, grandfather of two, and a devoted husband. He’s retired from his Human Resources company he built over the past twenty years. In his abundant free time, he reads, tends his vineyard, and manages business projects. He’s a patron of the arts with a particular fondness for Shakespeare. Ben grew up in San Diego, but spent much of his adulthood in Houston, Texas. He now lives on his vineyard in Napa. 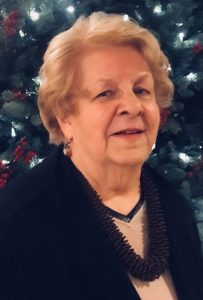 Kathryn Braeman is a former administrative judge and the first woman law student to represent Nebraska prisoners in federal court.   Kat holds a B.A. from Northwestern University, an M.A. from the University of Kansas, and a J.D. from the University of Nebraska.  After a legal career in Washington, D.C., Kat moved to Marin and currently writes for Great Age, the publication of the Marin Commission on Aging.  She serves on Dominican University’s Women’s Leadership and Philanthropy Council, and served her local Marin church board.  Kat has spent time on the stage, including a starring role in a production of Murray Schisgal’s The Tiger. Inspired by MSC’s “Playing for Good” social justice work, Kat joined the Marin Shakespeare Company Board in January 2020. 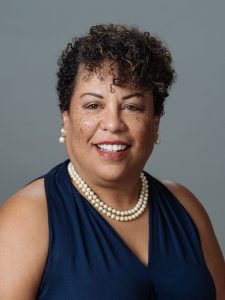 Stacy Davidson is the Director of Diversity, Equity and Inclusion at Dominican University of California.  Stacy is a career educator, having spent over 30 years in higher education as a mentor, teacher, and program developer.  Her life’s work has been dedicated to the empowerment of young people who have blessed her with countless opportunities to be a part of their journey through college and young adulthood.  Stacy is also a professional speaker with a Black women’s agency whose purpose is to increase the voices and presence of women of color in corporate, non-profit and educational spaces.  Stacy is a native of Newport News, VA and earned her BA in Psychology from the University of Virginia and her MA in College Student Personnel from Bowling Green State University.  More recently, Stacy earned a certificate in Diversity and Inclusion from Cornell University.  Stacy was drawn to MSC because of its commitment to social justice work and the opportunity to impact the lives of BIPOC in the Prison Programs. 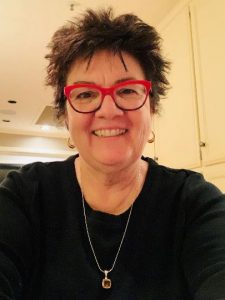 Marilee Eckert is currently the Executive Director of San Francisco Conservation Corps. Her prior experience includes serving as Chief Executive Officer of Conservation Corps North Bay and she has been a leader in the corps movement both nationally and in California for over 25 years. Marilee is a Trustee of the Buck Family Fund of the Marin Community Foundation. She has served on the Marin County Economic Commission, the Marin County Disaster Council, and the Sonoma County Youth Council. She has been a Board Member of the Center for Volunteer and Nonprofit Leadership of Marin, Environmental Education Council of Marin, Fire Safe Marin, and Human Rights Roundtable on Hate Violence. Other special recognition and awards include Marin Women’s Hall of Fame Inductee, Environmental Hero of the North Bay presented by Assemblymember Jared Huffman, Congressional Record remarks by Congresswoman Lynn Woolsey, Hannah Creighton Environmental Justice Award by Sierra Club Marin. 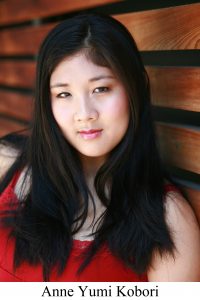 Anne Yumi Kobori is a Japanese-American theatre artist with a passion for immersive storytelling and reimagined mythology. After working a decade in theatre education, she has since transitioned to freelance playwriting, directing, acting, and producing. She has written multiple short plays: The Art of Suffrage (Best of PlayGround 25), Coward’s Flame and Give Me the Sky (MondayNightPlayGround), Roses in the Desert (Dragon Theatre), Simulation (Pear Theatre), and The Disappearance of Betty La Rose (Neighborhood Stories). Her full-length plays Seeds, Every Day Alice, and Seagull adaptation, have premiered with Utopia Theatre Project. As a director, she has worked with Utopia Theatre Project, SF Shakespeare Festival, EnActe Arts, Silicon Valley Shakespeare, and Los Altos Youth Theatre. Select performance credits: title role in Hamlet, Desdemona in Othello (SVS), Celia in As You Like It the musical (SF Shakes), and Masha in Three Sisters (Utopia). Currently, Anne is a co-writer for Braided with Theatre of Yugen. When not theatremaking, she can be found gardening, baking bread, and writing short stories on her vintage typewriter. BA Theatre Arts, summa cum laude, Santa Clara University. www.anneyumikobori.com

Joan Lisetor is a writer, event producer and documentary producer. She currently serves as an adviser to the San Quentin News. A San Francisco native, Joan holds a B.A. in journalism from San Francisco State University.  Joan’s career includes reporting for the Marin Independent Journal and serving as Assistant to the President for Public Information at the College of Marin. As a journalist, Joan interviewed many illustrious leaders including Margaret Mead, Dr. Benjamin Spock, Gene Kelley and Julia Childs.  Joan has served as president of the Marin County Board of Education, Northern California Peace Corps Association, Marin Shakespeare Festival, Marin YMCA, Marin Chapter of National Women’s Political Caucus and Wednesday Morning Dialogue. Joan joined the Marin Shakespeare Company Board the year it was founded, 1989. 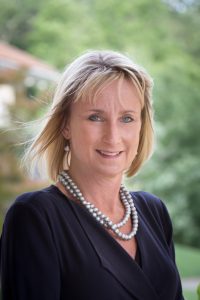 Chris Mazzola is the Head of School at the Branson School in Ross. A Dartmouth graduate, with an M.A.T. from Vanderbilt, Chris has spent over three decades working with teenagers. Prior to Branson, she was a teacher, coach, and administrator at the Thacher School in Ojai, CA for twenty years, and High School Principal at St. Anne’s Belfield School in Charlottesville, Virginia for five years. Chris loves working with teenagers, and her philosophy of education centers around creating student-centered programs and environments that not only prepare adolescents for college, but also prepare them to make a positive impact in the world by leading lives of integrity, purpose, learning, and joy. Chris joined the Marin Shakespeare Company Board in 2018. 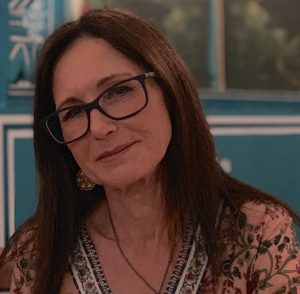 Alexandra “Sandy” Zuber is a lawyer, real estate developer and community leader.  Growing up in Sydney, Australia, Sandy attended the University of Sydney where she received her Bachelor of Arts and Bachelor of Law degrees. Her law practice first focused on merger and acquisitions and cross-border leveraged leasing for commercial passenger aircraft and then maritime law focused on shipbuilding contract negotiation, vessel financing and refinancing, and maritime insurance litigation. Leaving her legal career behind, Sandy founded and ran a property development company in Australia focused on apartment and condominium development until she moved permanently to Mill Valley, CA in 2002. Sandy’s commitment to non-profit organizations over the past 38 years began with her involvement in World Vision Australia and included regular pro bono work for Legal Aid Australia. Upon moving to California, Sandy served for seven years with Marin Advocates for Children as a Court Appointed Special Advocate for abused and neglected foster children, and as Parent Chair of Performing Arts at Mount Tamalpais School. Sandy also served on the board of 142 Throckmorton Theatre, where she served as Board President 2015-2016.  A passionate animal advocate, Sandy has spent many years volunteering in both clinical and development roles at various animal rescues. Sandy joined the Board of Marin Shakespeare Company in October 2016, where she has served as Co-Chair of the Capital Campaign Cabinet, and then of the Capital Campaign which has to date raised $5M to purchase and transform 514 Fourth Street into a Center For Social Justice, Arts and Education as well as renovate the Forest Meadows Amphitheatre. Sandy is very devoted to all facets of Marin Shakespeare Company’s work, but especially to the Shakespeare For Social Justice program; her experiences at San Quentin have been life changing. She currently serves on the Board’s Anti-Racism Committee, as well as the Nomination Committee. She lives in Mill Valley with her husband and three children.