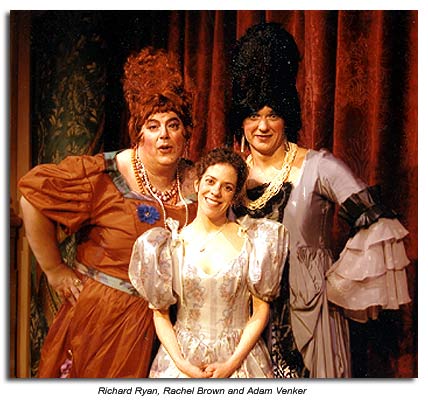 We had long wanted to try our hand at a holiday panto. Bob had introduced me to this delicious form of English holiday entertainment while traveling in the U.K., and we both loved the vitality of spirit these fun shows created across generations, their inclusiveness, their topicality. The energy of the panto felt to us like a direct descendent of the energy that must have existed at the Globe in Shakespeare’s day. And of course, the style of wacky humor was right up Bob’s directoral alley.

An amazing woman – Luce Mercer – allowed our dream of a panto to come true. Luce purchased the old Odd Fellows Hall in downtown Mill Valley and through sheer force of will (and tremendous infusions of her own time, energy and cash), was turning it into a premiere performance location which today hosts all sorts of comedy shows, play readings, benefits and musical events. At that time, Luce was eager to try out any sort of performance and, bless her heart, she offered the space to us for free. 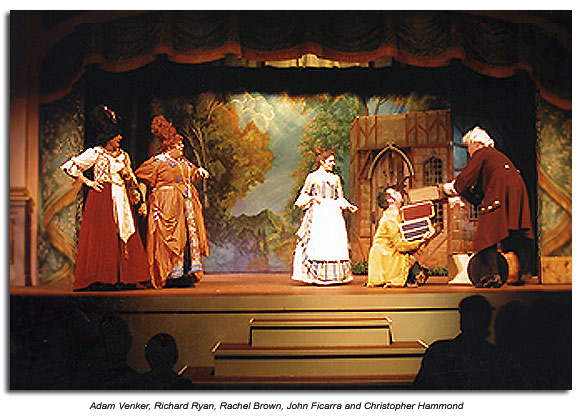 We were just crazy enough to think a building in the process of renovation, with no seats, no permanent lighting, no real dressing room space and no performance history was the perfect place to launch a large-cast, multi-set, singing and dancing extravaganza. That wizard, Steve Coleman, who was working with Luce on the décor for the theatre, agreed to design our sets, which were a huge part of the fun of the show. Steve just happened to have a Cinderella coach in storage. Every inch of backstage wing space was carefully choreographed to accommodate the many sets and large acting company. With an almost entirely non-Equity cast (we could only afford one Guest Artist), and a chorus of eager young performers who learned songs and dances while helping move sets and props backstage, we wowed our audiences. It wasn’t our most polished production, but it sure was fun. 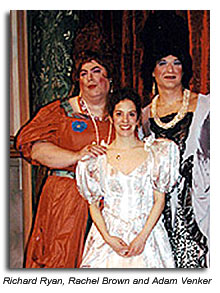 We put the whole thing together in about two and half months from conception to opening night. We had no financial backing or grant funding, but astonishingly we broke even financially. Unfortunately, with the growth of activities at 142 Throckmorton over the next year, and the continuing difficulties of mounting large cast productions there, we weren’t able to figure out how to bring back a panto for a second year. What we had hoped would become a great Marin holiday tradition was, instead, a one-time blast. For years afterwards, people kept asking us when we we would do another panto. We’re just looking for a stage…we’d love to bring back this joyful tradition.

Panto is a beloved holiday tradition in England. Based on fairy tales, pantos are vaudeville-style shows that incorporate music and dance, topical and local humor, audience participation, and the outrageous panto dames.

A tremendous thank-you to four extraordinary ladies – Betty Loveless, Lucy Mercer, Joanne Meyer and Cheryl Craig – who had the vision and determination to create this lovely performing venue. Much magic including the proscenium arch is due to the incomparable Steve Coleman. Thanks also to: Cecily Kate Borthwick, Sharon Boucher, College of Marin, Peter Gottschalk, Pamela Johnson at Sonoma State University Costume Shop, Nancy Kelly, Julie LaRosa, Anna Ludlow, Richard Ryan, Carol Selig, Stagecraft, Janna Ullrey, Tim, Vimal, Gilberto and Mario, and the parents of all the kids in the show. 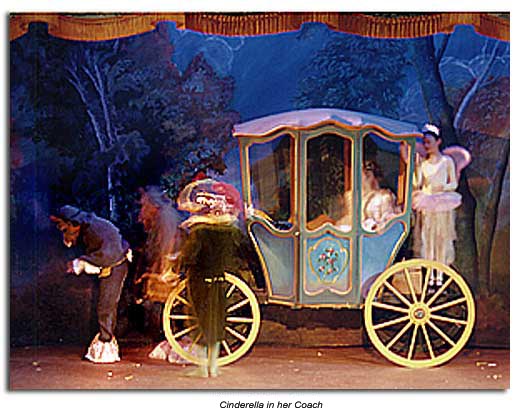 “As Mill Valley garlands itself for the holidays, it is about to receive an early gift in the form of a brand new performing arts theatre right in the heart of downtown. And that’s only the packaging. Inside, ticket buyers to the inaugural show will find what promises to be a gender-bending, uproariously wacky English ‘panto’ style version of ‘Cinderella‘ that its producer, the Marin Shakespeare Company, predicts will spread cheer far and wide.” 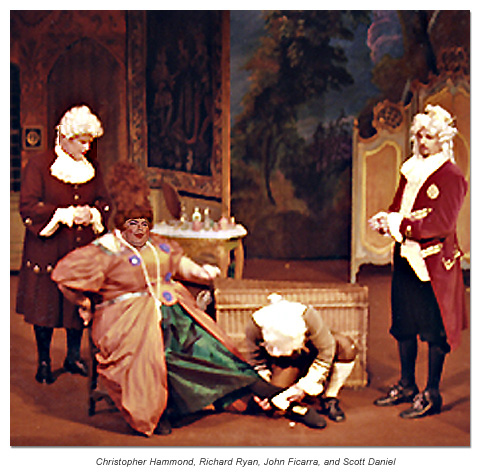 “Marin Shakes’ ‘Cinderella‘ is a rollicking good time. When the Marin Shakespeare Company announced it was joining the growing list of purveyors of holiday entertainment, offering a pantomime version of ‘Cinderella‘ at a ‘renovated Mill Valley theater,’ it promised a raucous, irreverent, but family-friendly show. Happily, that promise has been fulfilled on all counts. In a word, ‘Cinderella‘ is a hoot…To say that Marin Shakespeare’s ‘Cinderella‘ is a satire of the popular folk tale is an understatement. There’s a bit of everything in this comic broth concocted by British writer Nigel Ellacott: parody, sight gags, female impersonators, outrageous costumes, slapstick, topical jokes (good, bad and truly awful), audience response, singing, dancing – and a light splash of bawdiness that provides zest without offending anyone…Smartly staged by Currier, assisted by musical director Stuart Rabinowitsh and an able design team, it’s just the thing to lift one’s mood at a time that mood lifting is definitely in order.” 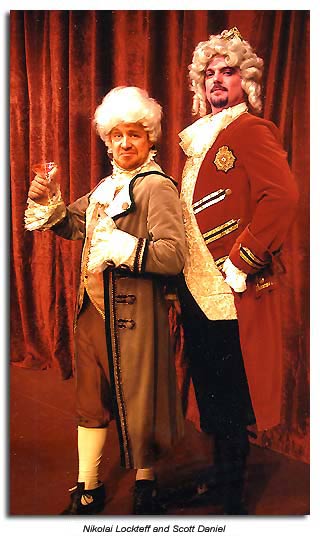 “Marin Shakespeare’s ‘Cinderella’ is a genuine family treat. Where in Marin can audiences, for the simple act of saying ‘Hiya, Buttons!’ be showered with candy? Where in Marin are retired folk in the third row and little ones in the first curling up in laughter? At Marin’s newest venue, 142 Throckmorton, which is being baptized in style with Marin Shakespeare Company’s holiday show, ‘Cinderella.’ …MSC’s ‘Cinderella‘ is that most unusual of creatures, a family activity that is genuinely fun for all. The simple thrills of sheer jubilance are reawakened in this show, and it doesn’t take long to realize that when adult audience members boo the bad guys and cheer the good guys, it isn’t for the sake of the kids. It’s for their own. Director Robert Currier’sCinderella is no Warner Brothers concoction. It is a panto, a traditional English style of theater that uses dance, song, audience participation and topical humor for a vaudevillian show. And it’s got dames. Boy, does it got dames…’Cinderella‘ works on many levels to achieve simple joys. Parts of it appeal to adults, others to children, some to both…There must be a little bit of magic in this show, when the Fairy Godmother leads the way to Fairyland, where kids can be kids and adults can be too. Hiya, Buttons!” 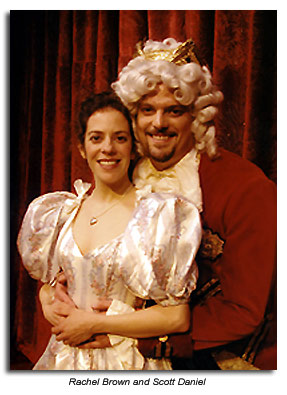