Led by Marin Shakespeare Company Artistic Director Robert Currier and Director of Artistic Engagement Erin Merritt, we will read, sing, dance, and even fight all 154 of Shakespeare’s sonnets, joining in world-wide celebration of the 400th anniversary of Shakespeare’s death. This is an open mic event so come add your voice to the merriment!

Drop by any time or Sonnet Sign-Up – mail this form, email education@marinshakespeare.org, or phone Erin at 415-499-4487—to read or perform your favorite sonnet.

Queen Elizabeth I will also pop in—be there when she appears!

Raven Hill is a trio of fiddle, accordion, and guitar

Burke Trieschmann, guitar: has been playing and performing music at concerts, clubs, dances, and recording sessions in the Bay Area for many years as a solo artist and in several bands. His production company, Open Door Productions, provides sound design, recording, and audio production services for many applications and media.  Visit www.opendoorprod.com for more information.

Charlie Hancock, accordion: has played accordion & piano in the Bay Area for many years in many styles, mainly for contra & English country dancing. 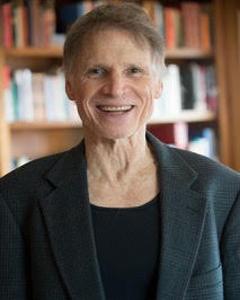 
We Are Shakespeare: A mass-participation digital video festival created by Shakespeare enthusiasts worldwide includes video tributes, testimonials, recitations, animations, music videos and other content. Make your video and join the world-wide movement! Hosted by Shakespeare at Notre Dame and the Shakespeare Theatre Association. Details on video submissions can be found at www.stahome.org/2016

Shakespeare and NASA: Students at Short School in San Rafael and Lynwood Elementary in Novato will participate in a live Education Downlink with the International Space Station featuring Earth actors from around the globe and astronauts speaking Shakespeare, with astronauts answering questions about Shakespeare and space. April 18 – 22, 2016, in conjunction with the Shakespeare Theatre Association.