We are so proud of the many graduates of Marin Shakespeare Company’s Shakespeare for Social Justice program who are making the world a better place.  Many of these stellar individuals are available for public speaking engagements, or to work with groups on a variety of projects. Many have founded or work for organizations fighting for social change. 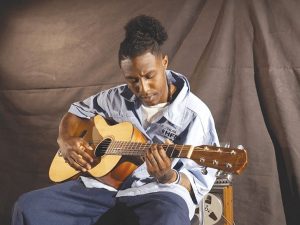 Eric Abercrombie, an Oakland native, is a songwriter, guitarist, pianist, and musical producer.  He performs under the name Maserati E, and was featured on “San Quentin Mixtape Vol. 1” in May of 2020.  Eric visits California high schools and colleges sharing his story and music, inspiring youth to find create positive change in their own lives.  He works with Marin Shakespeare Comapny to provide artistic mentorships for system-impacted youth at Marin’s Community School. Eric has been featured on Ear Hustle and Uncuffed podcasts. Eric Maserati-E on Youtube   Eric Abercrombie in “Rolling Stone” magazine 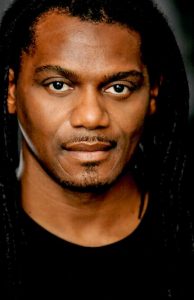 Dameion Brown is Artist in Residence at Marin Shakespeare Company, where he acts, teaches system-impacted youth, and is a sought-after inspirational speaker.  Dameion has won numerous Bay Area theatre awards and nominations including “Best Actor” for his portrayal of Othello at Marin Shakespeare Company in 2016. He has also performed Benedick in “Much Ado About Nothing,” the title role in “Pericles,” and Oberon in “A Midsummer Night’s Dream.” Dameion has given inspirational talks at the Commonwealth Club and many other venues, and was a featured speaker for TedX Marin 2020. 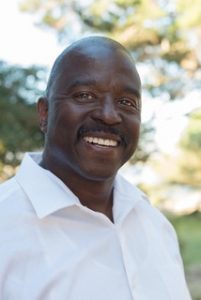 Tony Cyprien was born and raised in Watts, and now lives in the East Bay. He has performed as part of the Marin Shakespeare Company Returned Citizens Theatre Troupe since it began in 2016. Tony is an accomplished story-teller, telling stories on the Moth Radio, at The Marsh, and at Stage Werx Theatre. Tony is also a stand-up comic, who finds laughter in pain. He works with Marin Shakespeare Company as a Teaching Artist at Alameda Juvenile Hall, inspiring system-impacted young men to believe in themselves and their creative potential. 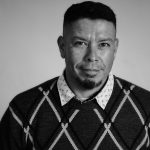 Phillip Hernandez is a visual and musical artist whose podcast “Art Everywhere” hosts artists talking about life, art, and purpose with a sense of humor. Phillip is a father of two, homeowner, art show producer, and community activist. He participated in Shakespeare at Solano in 2014-15. Phillip studies humans; his passion is people. His painting, “Closer II” — which can be seen at MSC’s Center for Performing Arts, Education, and Social Justice at 514 Fourth Street – is inspired by Phillip’s love of capturing candid moments in color and with brushstroke to uncover the human underneath. 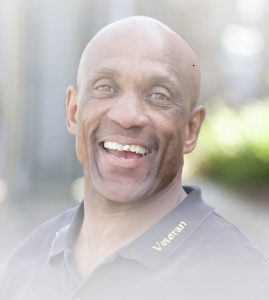 Juan Carlos Meza was incarcerated at age 19 and released in 2020. While incarcerated he dedicated himself to nonviolence and helping others. He is an accomplished actor through Shakespeare at San Quentin, playing Dr. Caius in The Merry Wives of Windsor, Malcolm in Macbeth, multiple Parallel Play Stories from San Quentin, and many other roles in over 8 years of work in the program. His greatest joy is helping the other people in the program bring their personal stories to life in plays. He has directed, choreographed, written, made props, and helped design sets for many of these pieces. One other particular group he was proud to be part of is A.C.T. (Acts with Compassion and Truth), designed to stop violence targeting the L.G.B.T.Q. population and gendered violence. He helped to write a curriculum with exercises and lectures that build empathy in order to create allyship. His vision is to take this curriculum to other prisons believing it will stop the violence both in and outside the prisons against the L.G.B.T.Q. community, after seeing first hand the positive impact of the group at San Quentin. 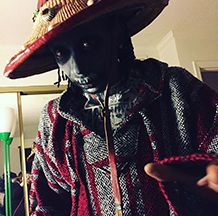 Henry Montgomery, known as Poise, is a singer, songwriter, musical technician and producer, actor, and community activist. As a musician, he specializes in R&B, Alternative, Rock, and Conscious music. He is co-founder of the non-profit Elders of the BloQK, dedicated to the youth via workshops held by experienced community elders; they use the culture of Hip Hop and strategies of chess for community development. He acted in the award-winning documentary “Through the Walls,” on the television show Myth Busters, and on the video Wait for the Ricochet. A skilled poet, story-teller and public speaker, he works to promote restorative justice and healing. Contact info: godshallprovide@gmail.com 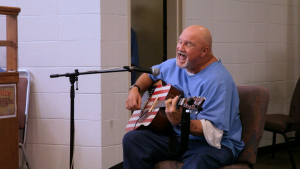 Richie Morris is a songwriter, musician, and recording artist and a member of Quentin Blue. Started in 2014, Quentin Blue is a partnership between Dwight Krizman, Richie Morris and Billy Harold. They are three songwriter/musicians with many years of individual experience, skilled in production and audio engineering, who bring heartfelt Americana and Acoustic Rock Music to life. Richie is also an actor, writer, and playwright.

John Neblett discovered a passion for acting by participating in Shakespeare at San Quentin. Afterwards, he achieved a B.A. in Drama from San Francisco State University, where he acted in numerous student productions. He performed with Marin Shakespeare Company at the Forest Meadows Amphitheatre in “Much Ado About Nothing” in 2017, and is a member of the Returned Citizens Theatre Troupe. 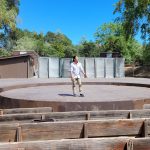 Joey Pagaduan is an accomplished actor having played Hamlet, Bottom in “A Midsummer Night’s Dream,” Master Harold in “Master Harold and the Boys,” and many other roles at Shakespeare at Solano. He founded P@S – Performances @ Solano – to give theatre artists and musicians opportunities to write, workshop, and perform their original work; particularly during the summer months without the Shakespeare group. For P@S, he has written and directed several short plays. Joey was also the editor-in-chief and photographer for the Solano Vision newspaper. His excellent administrative skills were honed as a data and information clerk. Joey is a Drug and Alcohol Registered Counselor. Less than a week after his release after serving 23 years, he began his counseling internship at Options Recover Services. Joey came home on June 30, 2022. 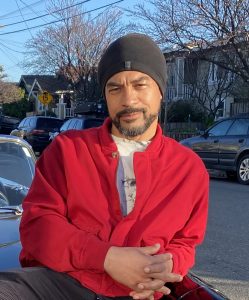 William Palmer: I am William Monroe Palmer II, an advocate to forgive, unite, love and heal communities. Some may know me from my previous journey from a 17-year-old high school dropout juvenile, convicted as an adult to natural life, and transforming into In re William Palmer, a self-advocate freedom fighter at 45-year-old. It was my honor to give teeth to SB260’s Youth Offender law, establishing the right to bring constitutional excessive punishment to the courts and creating parole without punitive conditions. This has led me to become a member of the San Francisco Re-entry, appointed to the Sentencing Commission and co-leader of the sub-committee for Direct Services.   ¶   I am Muslim, Sudanese-American, and my politics is Black Power! The “Black” that I use here is from the Arabic word, “Aswad” meaning “From the origins of the Black Matter in space,” and the power symbolized by the black robe of a judge presiding over process for justice (as opposed to the Greek word “necro” meaning “dead”). This Power is not reflective like White Power historically, but obsorbant and inclusive equally, giving All Power to All People.   ¶   When Tariq shines, I am an Artivist (an activist using one’s artistry) that goes by the name of Soul Brotha #9. I’m an actor for Marin Shakespeare’s, Returned Citizens Theater Troupe (Spring 2020-present); participate in the University of San Francisco’s PACE program (2019-20); special guest on The Old Globe (2020-present; an Entrepreneur-In-Training (EIT) and community leader with Defy Ventures (Northern California Chapter 2019-present); the new host of One Community One Mic, bringing conscious awareness of the equity policies of Legal Services for Prisoners with Children (LSPC) and All Of Us Or None (AOUON) to the Woken and the Shakened, leaving the Walking Dead to wander into a space to live in peace (relaunch March 11th).   ¶   As co-founder and Executive Director of Life After Next, we want to help empower Returning Citizens the moment they’re incarcerated to thrive upon release. To support aging and hard to place foster children with free housing, employment skills and support circles . To provide a change of “space” mentally and physically for juveniles experiencing challenges. We plan to be the solution for lived experiences utilizing Equine and Motor Control Therapies. So, I volunteer my time to speak to audiences wanting to evolve and support action plans to bring equity, liberty, and pursuit of trauma free societies. The world is my stage! 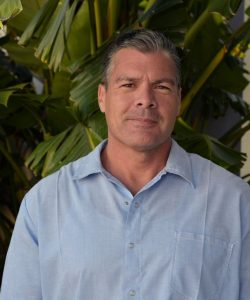 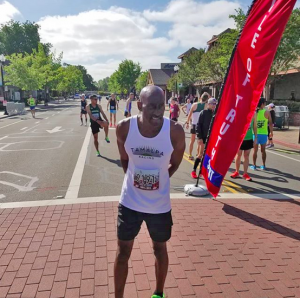 Markelle Taylor (Markellel the Gazzelle) is an exceptional runner. His passion for running began while training with the San Quentin 1,000 Mile Running Club, where he found immense inner strength and inner peace. Noticing that the running club was the only group without uniforms, he created a clothing line to share something that would bring them pride. Now running free, Markelle created a clothing line to empower, inspire, and support others to run free as well. Markelle aims to give back to his community and encourage others to ferociously run toward their dreams. Since his release, Taylor has run numerous marathons and donated proceeds to many charitable organizations.  Shop Markelle’s Clothing Line. 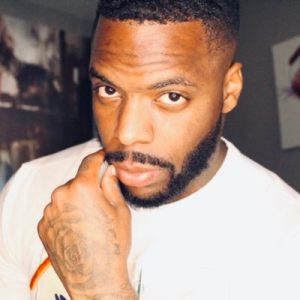 Antwan Banks Williams is the co-founder, contributor, and sound designer for Ear Hustle, San Quentin’s award-winning podcast.  He is a multi-faceting artist who practices music, writing, painting, photography, dance, and choreography.  At San Quentin, he played many leading roles in Shakespeare plays including the title role in “Richard II,” and Leontes in “The Winter’s Tale.” Antwan released the album “Moments in Time” in August of 2020 on Apple Music. That month, his visual art was featured by The Thatcher Gallery at the University of San Francisco in the exhibition “A Matter of Liberation,” which Antwan curated in collaboration with Prison Renaissance. Originally from South Central L.A., Antwan currently lives in Northern California. 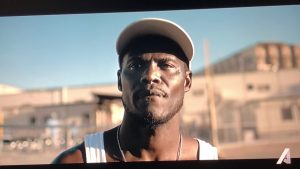 John Windham is a performer, musician, and community activist. He is co-founder of the We All We Got JMW Foundation which is creating a transitional home (not  a house, but a home) offering trauma-informed care in Stanislaus County, helping survivors of incarceration to succeed.

To see videos of Shakespeare performances, “Stories from San Quentin” performances, Veterans plays, Creative Writing from the Inside, and photographs, and to hear actors discuss how Shakespeare has changed their lives, click here.

To find out about how to train to work with our programs, click here.

To make a donation in support of Shakespeare for Social Justice, click here