The Taming
By Lauren Gunderson
Directed by Robert Currier 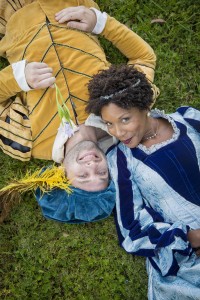 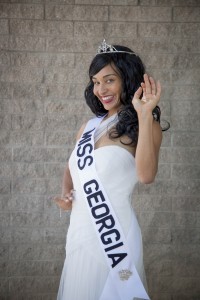 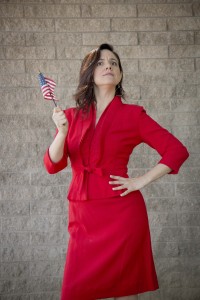 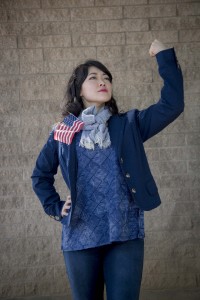 Here at Marin Shakespeare, a company founded and run with gender equality of its executive staff, we grapple with the question each year.  Shakespeare, of course, wrote only for men — even Juliet, Rosalind and Cleopatra were originally played by male actors.  There are far more fathers than mothers in Shakespeare’s plays, and far more male than female roles. As a company that enjoys producing both “classic” and “creative” conceptions of Shakespeare plays, we have had many discussions about casting as it relates to gender.  Still, we have had more men than women on our stage over the years.

With Hillary Clinton making history as the first woman nominated as Presidential candidate for a major American political party (the election has not yet taken place as I write this), 2016 seemed like a particularly important year to try to find a play that would help balance the preponderance of men on our stage.

Lauren Gunderson’s smart and funny political fantasia features three strong women.  Lauren, who the Bay Area is fortunate to now consider our own, is one of the most produced playwrights in America.  Even though she was a new mother, she generously gave of her time to meet with our actors, attend one of our rehearsals, and appear with Director Robert Currier at a Book Passage talk. Lauren also gave us permission to add our Intern actors as a chorus of beauty pageant contestants to help with scene changes originally written to be performed in blackouts (not possible in an outdoor theatre).  The result was a cast of nine women and no men.

Some audience members showed up expecting to see The Taming of the Shrew and were disappointed.  But for most, Lauren’s play was timely if not prescient, informative and funny, and definitely thought-provoking.

The cast of The Taming consists of three American women all bent on making America a better place from their disparate points of view:
Pat – a right-wing Republican Senator’s aide
Bianca – a left-wing animal rights tweeter
Katherine – a beauty pageant queen, Miss Georgia, vying to become Miss America with a constitutional agenda.

Sound like fun? Well, it is…especially in an election year, this Red, White and Blue celebration and exploration of Americana give us extreme and hilarious perspectives on our political scene, peppered with stinging insults coming as hard and fast as a Donald Trump debate. But, is it possible our differences can actually make us stronger? I think Lauren Gunderson thinks so.

“Feeling depressed, confused, frustrated by the 2016 Presidential campaign? Then I have the antidote for you! Pack a picnic dinner (don’t forget the wine) and head over to the Marin Shakespeare Company’s production of ‘The Taming.’ Director Robert Currier has spun the comedy into high-octane performance, directing a talented trio of women actors, who never let up their energy or abandon humor during the play’s descent into even deeper levels of absurdity. Definitely an antidote to this year’s feverish politics.”
Jaime Robles, Piedmont Post

“ ‘The Taming,’ an exceedingly funny play by self-proclaimed feminist Lauren Gunderson…I find her comedy a decidedly sane choice during a decidedly insane 2016 presidential year. Tristan Cunningham was an absolute phenom as Katherine (and George Washington, plus cameos as his wife, Martha, and Dolly Madison). Katie Rubin’s Patricia (and James Madison) and Monica Ho’s Bianca (and South Carolina Gov. Charles Cotesworth Pinkney) weren’t far behind. They, too, spouted Gunderson’s crisp, clever dialogue with acumen, talent and well-honed comedic chops. I also feel a need to applaud the dance ensemble…And I’d certainly be remiss if I failed to cite the excellent direction of Robert Currier…”
Woody Weingarten, For All Events


“Lauren Gunderson’s uproarious fantasy, ‘The Taming’…zany entertainment with meaningful reflections on our historical and current political landscapes.”
Victor Cordell, For All Events

“Can you say badda-bing-badda boom? Lauren Gunderson can and during this election year it’s fun to watch three talented women explore and celebrate America and Americana…’The Taming’, cheekily and snappily directed by the inimitable Robert Currier, is one hysterical history lesson. Unexpected and superb!”
Mitchell Field, The Field Trip


“Marin Shakespeare Company has chosen to open its 27th season not with a work by the Bard himself, but instead to turn to local playwright Lauren Gunderson for a work that is ostensibly inspired by Shakespeare’s The Taming of the Shrew….there is some terrific fun with the red, white and blue jingoism of pageant life, with colorful costumes courtesy of Tammy Berlin.”
Patrick Thomas, Two On the Aisle

“Given the absurdity of this summer’s Presidential race, Marin Shakespeare offers ‘The Taming,’ a wacky fantasy offering comic relief to our current cultural chaos. The acting is wonderful, with all three women chewing the scenery…Director Robert Currier keeps the action moving like an old fashioned screwball comedy. It’s smart, silly nonsense, which is an achievement in and of itself.”
Steven Murray, For All Events


“Gunderson’s playfully ornate language is fresh and funny throughout.Tristan Cunningham radiates charisma as the ever-smiling Miss Georgia…bits of excess are enjoyable in their own right, such as the addition of a silent chorus of other pageant contestants in what’s otherwise a three-person play…the time-traveling Founding Fathers fantasy sequence that seems to come out of nowhere but is an awful lot of fun.”
Sam Hurwitt, Marin Independent Journal

” ‘The Taming,’ Lauren Gunderson’s raucous comedy, presently on the boards at the Marin Shakespeare Company…a wonder, a delight, an all-female, very contemporary political farce that pulls out all the stops… a magical evening, a jaw-dropping event, an original.”
Marcy Solomon, Words on Theater

“…cosmic benevolence goes to the Marin Shakespeare Company for its timely release of Lauren Gunderson’s comedy, ‘The Taming’ …it benefited from a confluence of news making events. Described by Robert Currier, the play’s director,  as ‘a sexual political farce,’ Gunderson’s play opened at MSC the day following the UK’s heavily-politicized Brexit and just hours after San Francisco’s Gay Pride Parade….Monica Ho’s Bianca is a bouncy, dedicated defender of wildlife and any other causes she can direct from her Blackberry. Katie Rubin as Patricia is reminiscent of a manic C. J. Cregg, from ‘West Wing,’ and Tristan Cunningham as Katherine is already in charge of every scene, from her first declaration of ‘Bless your heart,’ to the moment she gets the Miss America crown.”
Rosine Reynolds – The Ark