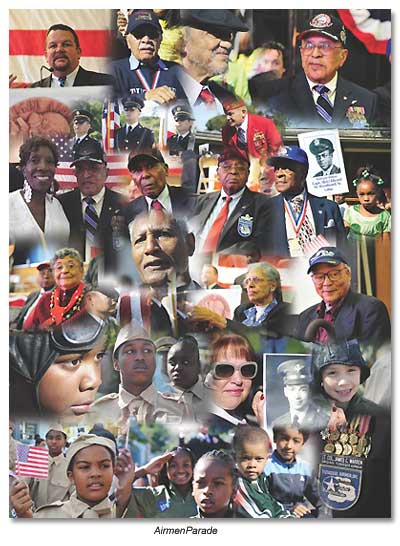 On Veteran’s Day, November 11, 2010 Performing Stars of Marin and Sausalito Parks & Recreation produced a Celebration of the Tuskegee Airmen. The event, attended by over 300 people including 11 of the original Airmen, included a parade, luncheon, speeches by Senator Mark Leno and Supervisor Charles McGlashan, and a short play entitled “Heroes of the Night.”

“Heroes of the Night” was written by Marin Shakespeare Company’s Lesley Currier and performed by thirteen Marin City youth ages 7 to 15. The play is an Oral History project, and almost all of the script are quotes from actual people and publications. “Heroes of the Night” incorporates music and poetry, and tells the story of the Tuskegee Airmen; their hopes, struggles and accomplishments; and how they helped to bring about segregation in the U.S. military and nationally. Some of the many historical figures portrayed in the play include Benjamin Davis, Jr., “Chief” C. Alfred Anderson, and Captain Gwynne W. Peirson, whose great-grandson was one of the actors in the play. 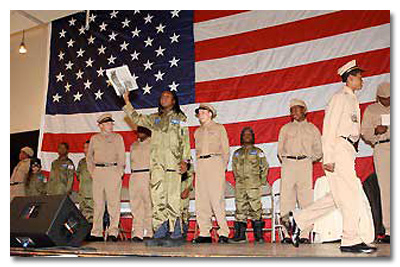 It is Lesley’s hope that other groups of students will perform “Heroes of the Night” and learn about the great legacy of the Tuskegee Airmen through portraying their story dramatically. 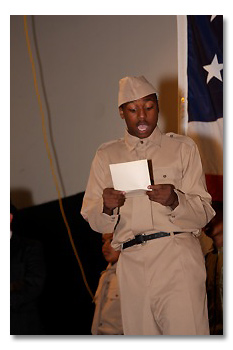