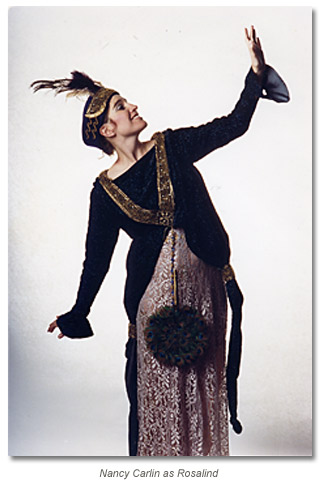 For our very first season, Ann Brebner was the obvious choice for a director. Ann had been instrumental in assembling the first group of community leaders who became the Board of Directors of Marin Shakespeare Company. The initial impetus had come from Dr. Robert Egan, who was then a professor at U.C. Santa Barbara, and who – as Feste in Twelfth Night – had been the very first actor to set foot in performance on the newly built Forest Meadows stage 1967. As co-founder of the original Marin Shakespeare Festival (1961 – 1973), Ann had directed several plays and produced many others.

We debated presenting two plays, but because the amphitheatre was available to us only beginning in August, due to a World Music Festival which had established itself at Forest Meadows for the early summer months, we ultimately decided to offer just one – and Ann was asked to choose a play she would like to direct. Her selection was the romantic comedy As You Like It.

The first day of rehearsal was electric with palpable excitement. Producing Director and Managing Directors Bob and Lesley Currier, who had been hired in the Fall of 1989 to produce the fledgling company and raise the necessary money (a challenging task during the weeks following the 1989 earthquake), were present with their one-year old son Jackson. Bob had enlisted the assistance of a brilliant designer, Jim McKee, who ended up designing sets and lights and serving as Technical Director for our first five seasons. 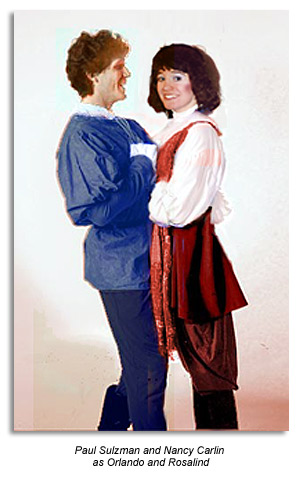 We were thrilled to have the considerable talents of one of the Bay Area’s most accomplished Shakespearean actors, Nancy Carlin, as Rosalind. Nancy was newly pregnant with her first daughter who, when she was born several months after the close of As You Like It, was named Celeste Arden Swain – an acknowledgement of Nancy’s time in the Forest of Arden. 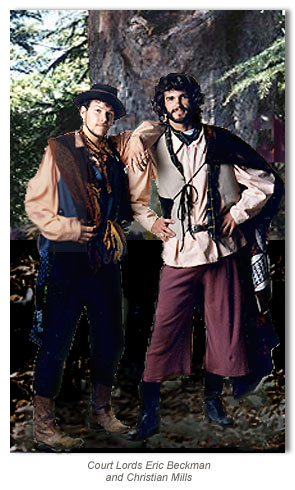 “Shakespeare returns to Marin! …. Marin Shakespeare Company is dedicated to serving as a resource for entertainment and education, and to achieving artistic excellence in the performance of Shakespeare’s plays.
It provides an opportunity for local theatre artists to train and work with established professionals…. We are proud to give this community the special gift of Shakespearean theatre. Shakespeare is both profound and fun.  A family can participate together in live epic action — magic, ceremony, swordplay, stagecraft, comedy, slapstick, battle, witchcraft, wit – while examining along with the greatest poet in the English language the intricacies of love and ambition, joy and confusion, tragedy and wisdom and the multitude of things that make us human. 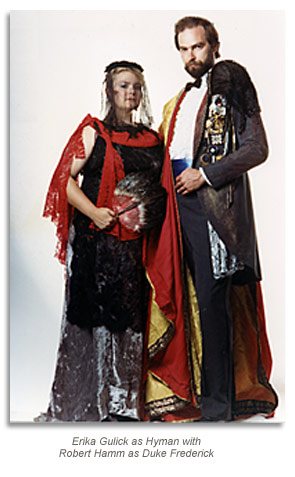 Performing under the tall trees and summer stars at Forest Meadows, the Marin Shakespeare Company creates a special place for the Marin community, a place of contemplation and delight. We hope you will join with us in sharing the wonder of William Shakespeare.”

“It’s hard to imagine a more ideal and idyllic setting than the tall swaying trees and reflecting pond surrounding the parabola-shaped stage at Dominican College’s lush Forest Meadows Theatre, where…the gentle hillside…holds the stage as if in the palm of nature’s hand….Happily, the production staged by Ann Brebner…is as romantic and moonlit as the sylvan setting itself.”

“An auspicious beginning for the Marin Shakespeare Company….Climate, setting, script, acting, and music blend in a performance that does the Bard proud,”
Russ Compton, Marin Independent Journal 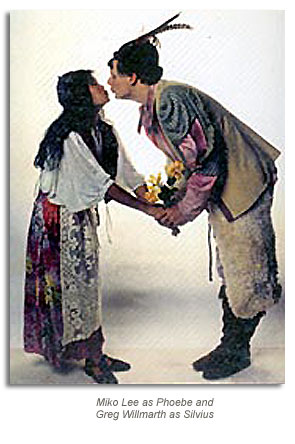 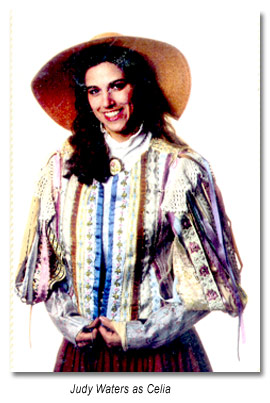 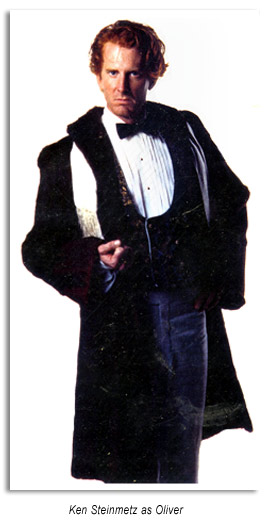