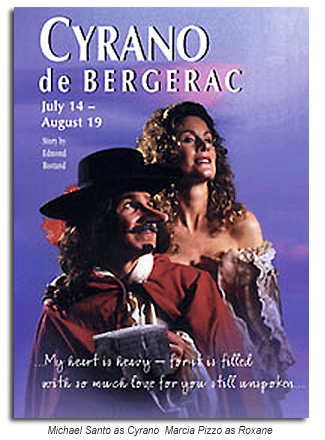 This was one of those shows that really clicked. Michael Santo – the first actor we ever cast without an audition – was exceptional in the title role. Marcia Pizzo was both stunningly romantic as the young Roxanne, and gorgeously nuanced as the aging and aged woman. Jason Heil was a perfect Christian, with his boyish charm and handsome good looks. Ken Rowland added just the right touch of maliciousness as the bad guy, de Guiche. The chemistry was great. Some of the supporting cast were excellent – Robert Currier played (what else?) the theatre manager; Jonathan Gonzalez was a wonderful poetic baker; Anne Ripley was just right.

One major criticism we have suffered over the years is that the main characters are fantastic and the rest of our cast is “uneven.” There were a few uneven performances from inexperienced actors in minor roles. But as those characters quickly left the stage as the evening progressed, the production became delicious, moving, and longingly romantic.

A lovely note, and one that mirrors the nostalgia with which this story is infused, was that Marcia Pizzo’s first role directed by Jim Dunn was as a teenager with braces at the College of Marin. She played the Orange Girl (a minor role played in this production by Sara Betts.) A couple decades later, Marcia was Jim’s leading lady in this stunning production. 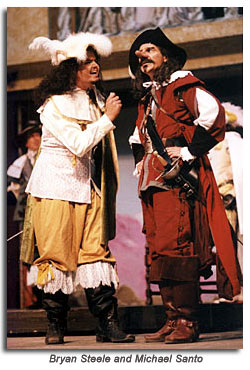 Another fun story from this show involves the night a large forest fire broke out on the hill to the north of the theatre. As volunteer firemen fled the audience and grey ash rained down over audience and actors, Marcia delivered a wonderfully ironic line: “There’s something in the air tonight.” That was the first and last night that line got a huge laugh.

Overall, this was a gorgeous production with fantastic sets, costumes, lights, music and tremendous acting. 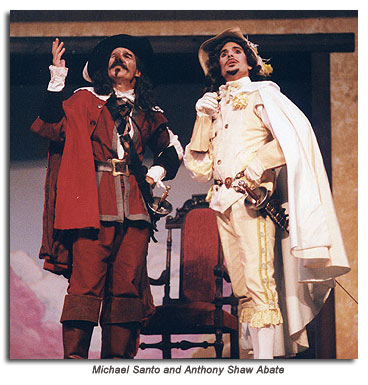 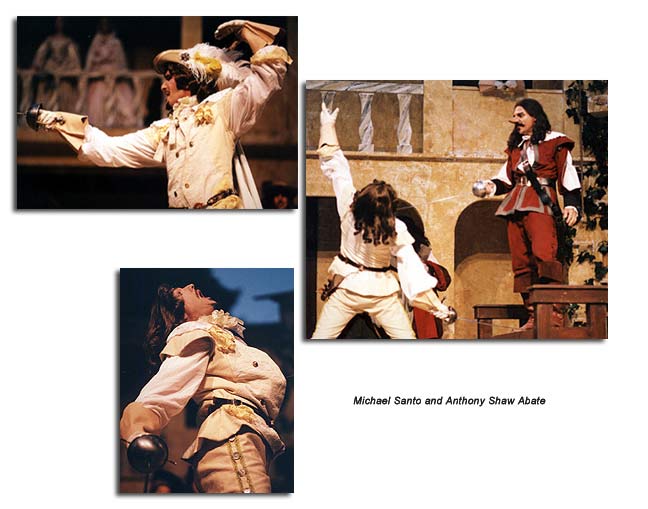 I have worn glasses from the time I was in fourth grade and in those days – the early 1940’s – it was considered a weakness by my peers and made me easy prey for bullies. I felt there was something wrong with me and like Cyrano I would never be attractive to a beautiful ‘Roxanne.’ So as Cyrano does, I put on a mask of bravado and fought back like our hero with ‘wit and panache.’ I suffered many pairs of broken glasses but my ‘white plume’ was never trampled although I had many bruises and my parents got tired of buying new glasses.
– James Dunn 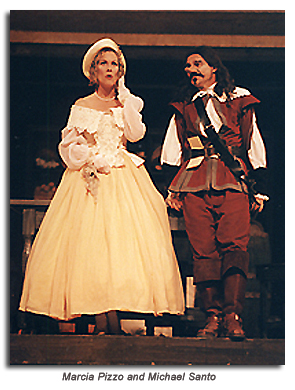 ” the effect is pure magic….the production takes on a rapturous quality that is irresistible. Santo has the voice, physical agility, and panache required to create a brilliant Cyrano.”
– Charles Brousse, Marin I.J. 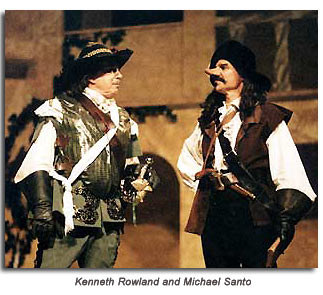 “How sweet it is to find romance under a full moon on a summer evening in Marin…A rowdy group of cadets, a very bad actor, a drunken poet, a baker who writes verse about his buns, a group of nuns, and two foppish noblemen are all played boldly by a well-chosen cast that never falters.”
– Lee Brady, Pacific Sun

“As a piece, this production is very well done. It’s fast. The cast is made up of some of Marin’s favorite actors… The sword fights are powerful, the women are lovely, the men heroic, the structure a solid chronological path between events full of humor and danger and wit.”
– Chrisanne Beckner, Commuter Times 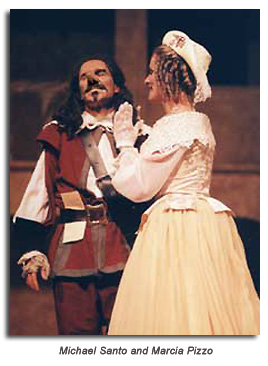 “‘Cyrano‘ Takes Audiences to the Moon and Back….a theatrical thrill is practically guaranteed….Santo draws out a perfect blend of emotion and swashbuckling pride, and received a standing ovation from many members of a recent audience.”
– Olga Azar, Marin Scope 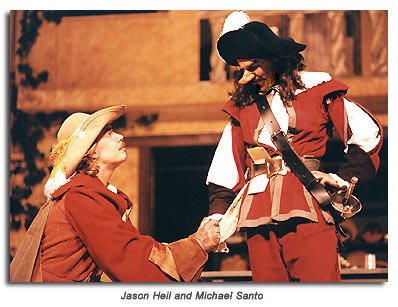 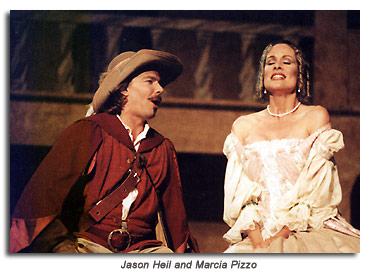 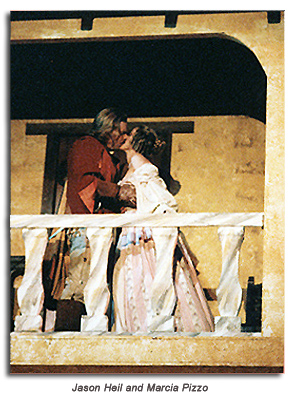 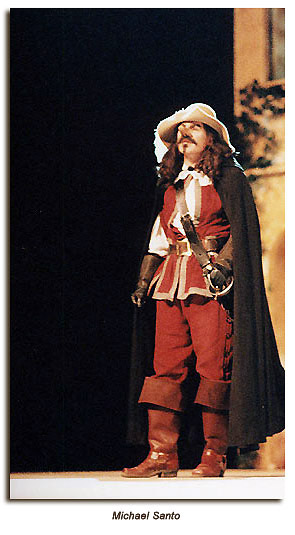 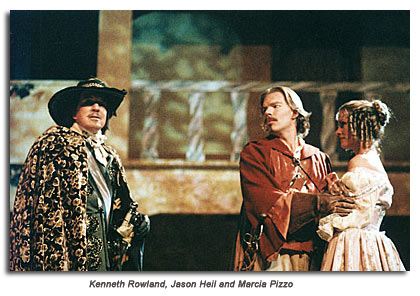 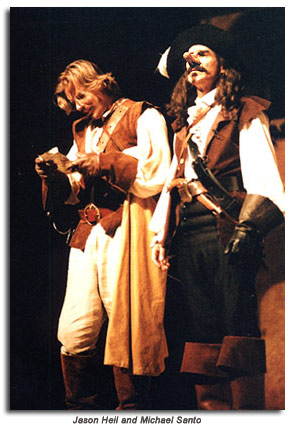 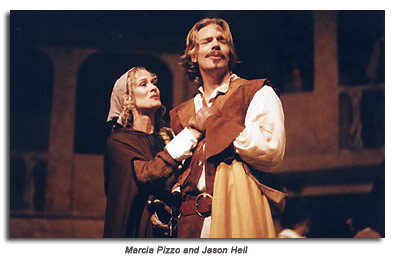 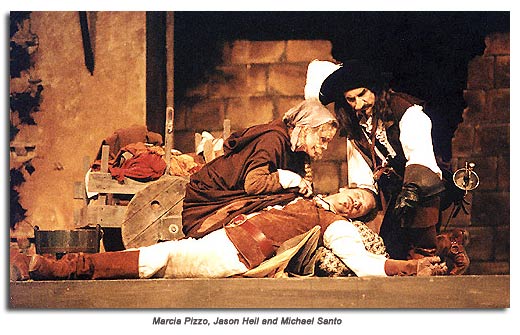