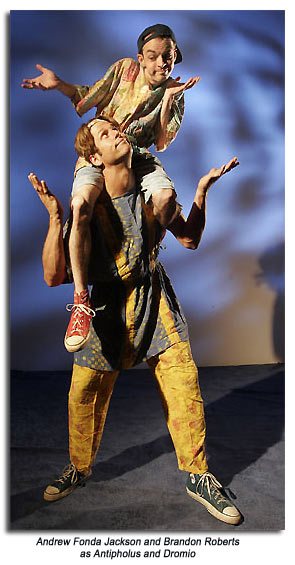 Our “Comedy” almost started out as a tragedy. Shortly before we were set to hold auditions for the summer, we learned that our long-time friend and colleague Jim Dunn would need to have brain surgery. Jim told us he would be fine with us selecting a different director for the production; our choice was to wait and see how Jim felt.

Jim came through his surgery with flying colors and we moved ahead somewhat tentatively with the casting and production planning. Fortunately, we were able to find an astonishingly talented group of comedians who took the script and ran with it, making Jim’s job a little easier. We were delighted to have Mary Knoll and LeAnne Rumbel, two of the funniest ladies to grace any North Bay stage, as our Ephesian sisters. The versatile Andrew Jackson returned from the previous summer to play both Antipholuses – or Antipholi? Yet we had some trouble finding the perfect Dromio, an exceptionally key role. 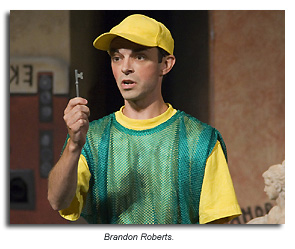 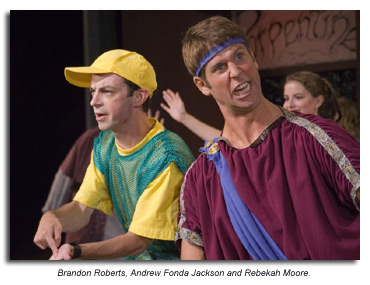 We needed someone really funny, really physical, and really fun to play with – and we couldn’t find anyone we thought was right. But here’s where networking paid off. One of our former company members – Patrick Flick – had gone to the Orlando Shakespeare Festival, where he is now an Associate Artistic Director. He had hired both Darren Bridgett and Mary Knoll to work in Orlando. When Darren told us there was a perfect actor in Orlando, and Mary and Pat confirmed it, we hired Brandon Roberts sight unseen for this make-or-break role. 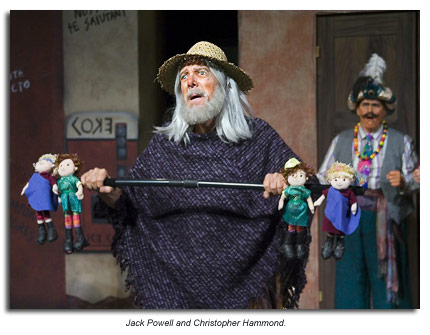 Actors sometimes practice trusting one another. We do exercises; we take risks. We were thrilled to put our trust in Darren, Mary and Pat, in Jim’s health, in Brandon’s talent – and to have it pay off so richly. Brandon gave a superlative performance and was a joy to have around. What started off as a production process full of uncertainty, turned out – with a lot of leaps of faith and patience all around – to be a sure fire hit. 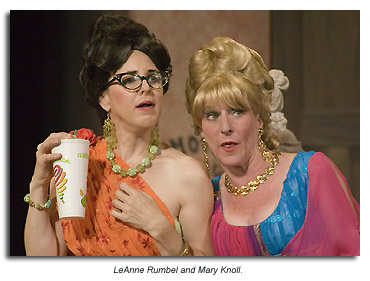 As the great English actor Edmund Keene lay on his death bed, some visitors inquired as to how he was feeling. He is said to have replied, “Dying is easy. Comedy is hard!” This story has been repeated by actors through many generations. We don’t really know if Keane said this or not, but it certainly rings true with those of us in this mysterious profession called the theatre. A joke that will bring down a house with gales of laughter may elicit not a peep at another performance. 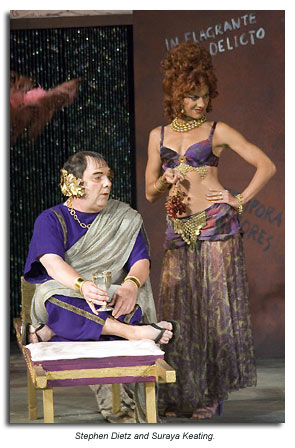 I have found, however, that the best physical “bits” of comic business and comic delivery of lines always comes from the actor. My job really comes down to steering actors within the bounds of what I think the playwright might have had in mind, and to work with the entire company to create an ensemble style in playing that seems easy, but in reality is very difficult.

Because comedies rely on coincidences and unrealistic plot devices, some tend to dismiss them as slight confections, inferior in depth and substance to that of tragedy. Yet Shakespearean comedy explores some of the same issues as tragedy, but in a different key, and of course with a different conclusion. 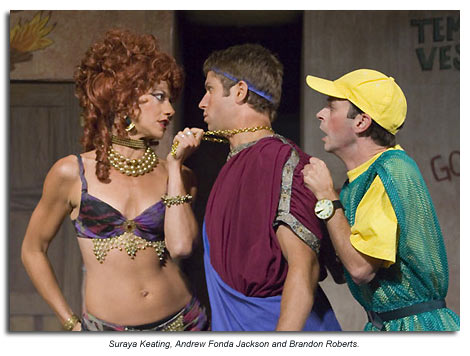 The tragedy of Romeo and Juliet becomes a comedy in A Midsummer Night’s Dreamwhen the local workmen put on the play they have written about “star-crossed lovers” separated by a parental feud.

The structure of King Lear mirrors that ofAs You Like It: a ruler disinherits his daughter, a brother betrays his brother, people discover things about themselves wandering around in the woods with a Fool, and there is a return to court in the end. 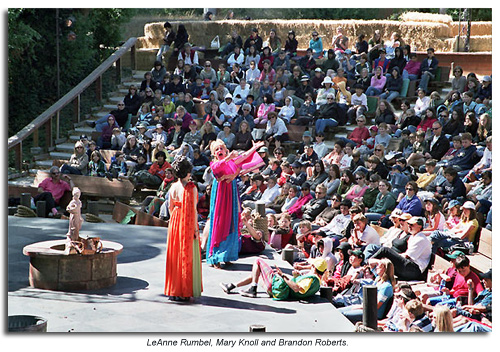 Enjoyment of comedy depends on the audiences’ willingness to enter the comic world and accept its artifice, no matter how improbable.The Comedy of Errors starts with a huge improbability, two sets of identical twins end up in a city where they are mistaken for each other, leading to complete chaos and suggestions of madness and witchcraft, until eventually everything is improbably solved and we have the mandatory happy ending. 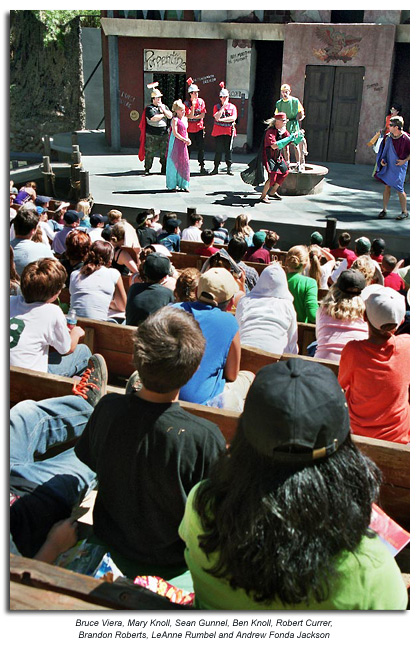 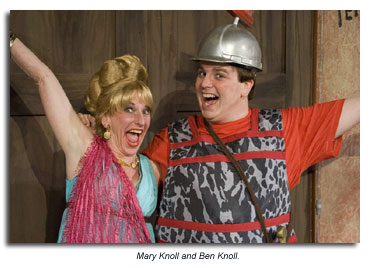 “Marin Shakes’ Comedy of Errors is fast-paced, veteran director mixes ancient and pop culture in hilarious production… With his return to MSC, veteran director Jim Dunn is back in fine, high-handed form with his best comedy in recent memory…” 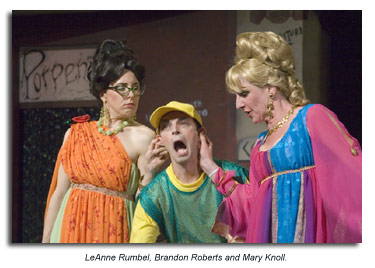 “ ‘Error’ is divine….” Marin Shakespeare’s company of actors warmed up by earlier summer productions of Learand Alice are hot… But Brandon Roberts, new to Marin audiences, is the actor you will remember from this‘Comedy.’ He is constantly in motion; his pratfalls and cartwheels amaze and he bites off Shakespeare’s quips as if they were his own. Roberts will no doubt – one hopes – become an active player on Bay Area stages.” 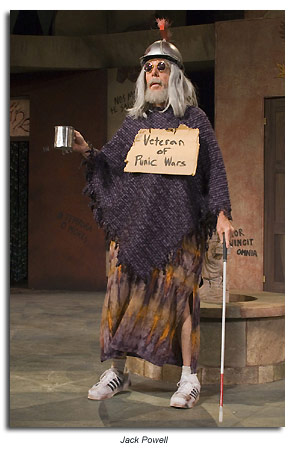 “…overall this is a fun, fast-paced and colorful show. Sets, costumes, and talent come together in this ‘Errors’, making for a good reason to see Dunn’s vision of this familiar, and now refreshed, comedy.” 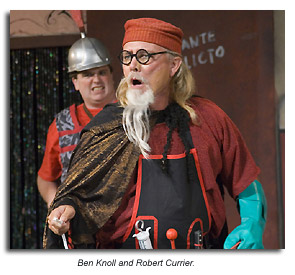 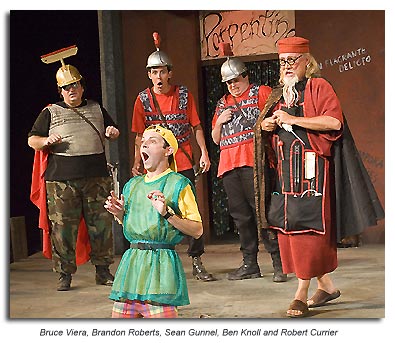 “…this production of ‘Comedy’ is not only the best production of the play I’ve ever seen, but the best Shakespeare production I’ve seen so far this summer….Mel Brooks would have approved of othe way anachronisms (7-11 cups, Coke machines) collide with pseudo-historical costumes (turbans, helmets, unraveling togas.) Everyone speaks in funny voices. Pratfalls abound, and even the actors in the smallest roles get a chance to give hilarious performances.” 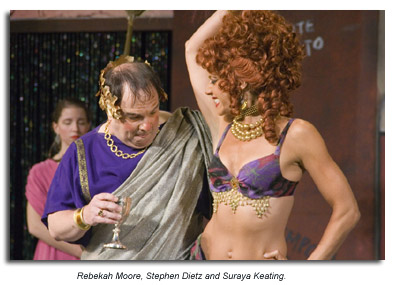 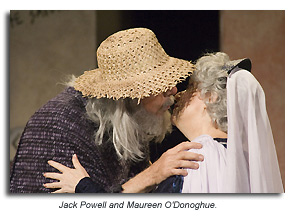 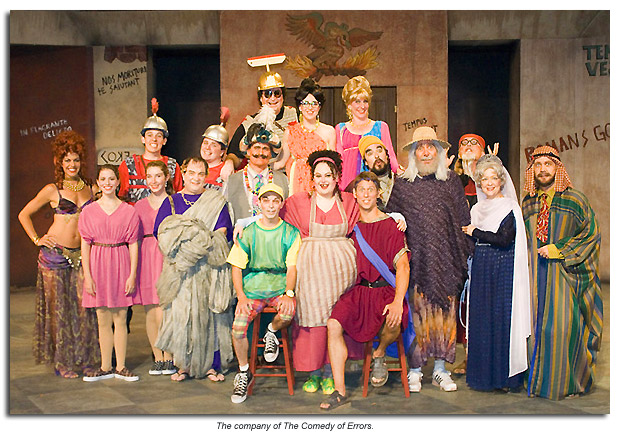 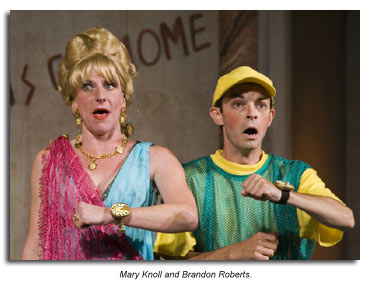 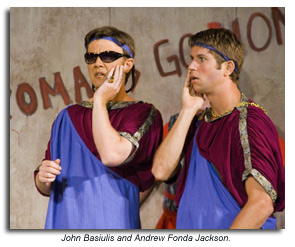 “MSC’s ‘Comedy of Errors’ is a comic triumpth for director Dunn… The whole ensemble pulls through in an uproar… This is Dunn’s comic triumph… getting the best out of each performer, the whole ensemble a Rube Goldberg contraption of funny walks, crazy takes, over the top slapstick- and an audience in the aisles with laughter at a general celebration of silliness under the skies at Forest Meadows.” 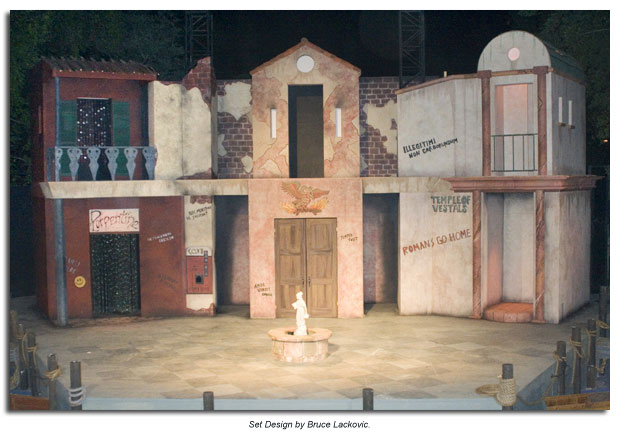