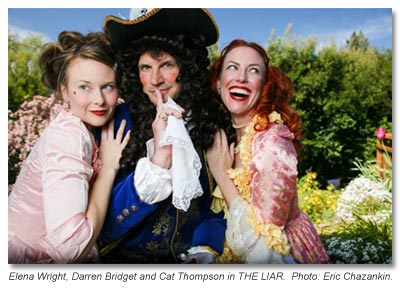 What a joy to introduce the Bay Area to David Ives’ brilliantly witty play, adapted from Pierre Corneille. The language is an ice cream sundae topped with whipped cream, chocolate and caramel sauces, slivered almonds and a big red cherry. It’s as delicious as can be. The characters are broadly comedic, the situations are farcical, and the physical humor clever and copious. Yet, there is also a deep philosophical heart to this play, gorgeously delivered by the incomparable Darren Bridgett, whose character — an inveterate liar — having led everyone astray and confused us all, teaches us that the world is an absurd fiction in which we can’t really know the truth about anything; therefore a liar is more honest than the majority of the world which is just in denial.

With a stellar cast of eight — tiny by our standards — the production was perfection from start to finish, and greatly deserved its nomination by the Bay Area Critic Circle for “Best Play of the Year.”

So here we are again, Director’s Notes!
Filled with wise saws and clever, famous quotes,
A rambling essay meant to inform and amuse
Which you may read or not, as you so choose.

Now if the thought of couplets gives you hives,
You haven’t yet experienced David Ives
Who has an ear unparalleled in our time
For modernizing classical French rhyme.

Why resurrect the moribund Corneille? 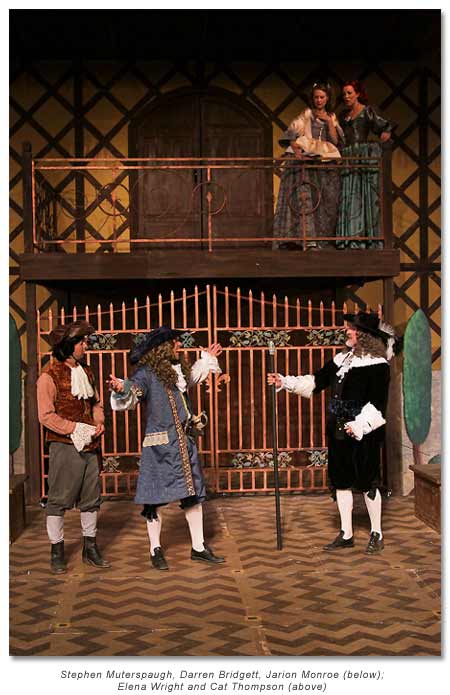 It’s fun! It’s witty! (And a tad risque).
A sweet confection best enjoyed perchance
While in pursuit of your divine romance.

As for the subject matter of our play
Mendacity has never gone away.
Sit back, relax beneath the starry sky.
This Liar will delight, and that’s no lie. 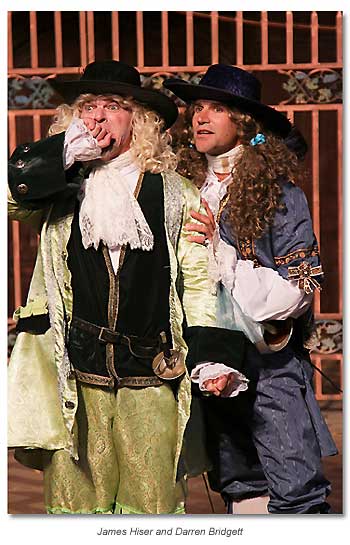 “MSC’s production of ‘The Liar’ is a treasure—wildly entertaining from start to finish and a showcase for some of the finest comic acting I’ve ever witnessed in Bay Area theaters. Go….Under the inspired leadership of artistic director Robert Currier, MSC’s production does full justice to Ives’ rich material.

From sound designer Billie Cox’s musical surround of songs by Piaf and others to Abra Berman’s extravagant period costumes and Ellen Brooks’ subtle lighting design, it has a distinct French flavor that reminds us of its link (however distant) to Corneille. 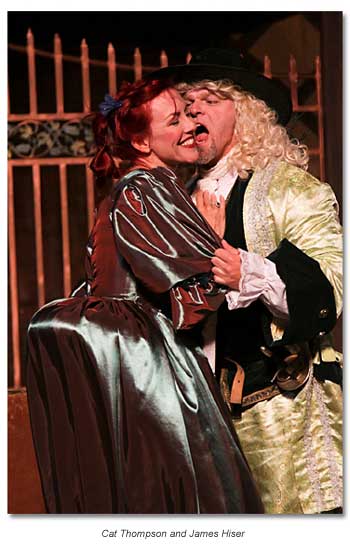 As strong as these production values are, they must defer to the superb performances turned in by Currier’s entire cast. MSC favorite Darren Bridgett manages to hit all of the script’s comic notes—and then some—in his personification of Dorante, the slippery-tongued young country lawyer who comes to Paris in search of adventure, especially with the ladies.

Bridgett is a master dissembler, bowing and preening when his outlandish assertions are taken at face value, displaying a puckish disbelief when the truth is exposed.

As his reluctant servant Cliton, Stephen Muterspaugh is an adept straight man and would-be conscience; the scene between them, in which Dorante instructs Cliton in the art of lying, is one of the evening’s highlights.

Jarion Monroe provides strong support as Geronte, Dorante’s confused and fumbling father, as does Scott Coopwood in the underwritten role of Philiste, friend to Alcippe, Dorante’s bulldog-like rival in the game of seduction. The latter is played with enormous energy and flair by James Hiser. (Their weapon-less duel is something to behold!)…

All in all, thanks to Corneille, Ives, Currier and company, The Liarshould go into the record books as one of MSC’s best—a treat for every lover of great theater.” 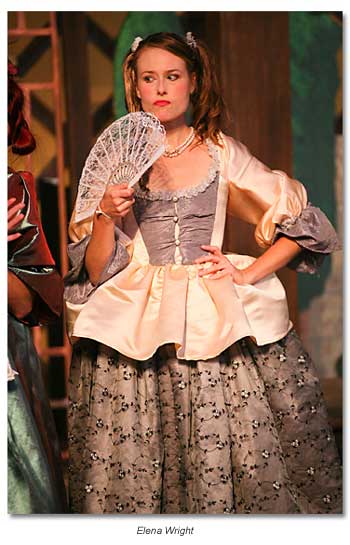 “Artistic director Robert Currier gives the play a remarkably solid staging with a refreshing lack of pandering; for once, no one climbs down into the audience to mooch people’s wine. Currier seems to trust the laugh-a-minute antics of the play itself to entertain the audience, and it pays off beautifully….‘The Liar’ is clearly a trifle, but one that embraces its own triviality as heartily as Dorante does his untrustworthiness. And just like his lies, the farce is executed with such verve that you can’t help but embrace it, too.”