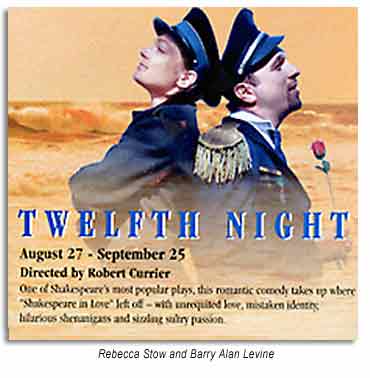 Twelfth Night is a great Shakespearean comedy. Almost all of the characters are fully realized and complex; it is full of laughs, but tinged with darkness; and it is an audience favorite. So it has been done frequently and in many different ways.

I remember when Bob got the idea for his production. We were down in Baja in a little town called El Cardonal on the Sea of Cortez in the middle of nowhere. (This was when we used to escape to Baja, before we were conscripted by the locals in Los Barriles to spend our ‘vacation’ each year producing a Shakespeare play with them as the actors.) We were pacing around the sandy, cacti-covered yard outside our Cardonal house, trying to get at what it was about Twelfth Night that spoke to us. And somehow, Bob came up with the idea that the world of Twelfth Night was much like the post-World War I era.

Many of the characters have gone through sadness and experienced death. Yet Toby and crew, like the Flappers of that era, are holding onto life, and seizing all the pleasure they can wring out of it. And then Bob found the image of Feste with a World War I gas mask. And that was eventually how we saw him when he made his first entrance. It was an eerie image, that odd fool’s mask with its overtones of senseless death.

Lucas McClure turned in his best Marin Shakespeare performance ever as Feste. He fully captured Feste’s dark humor through his acting and his music, played live on the guitar. It was a stunning creation. He was supported by a stellar cast. Matt Henerson as Toby Belch, Marie Shell as Maria, and Tom Jermain as Aguecheek couldn’t have been better. They all created complex characters with rich inner lives. 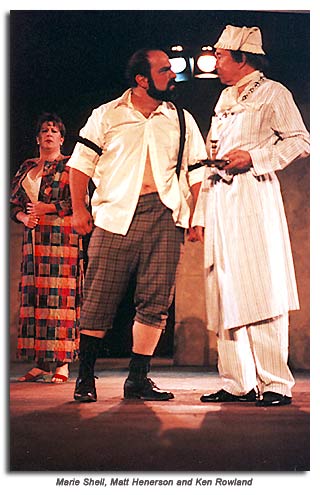 Rebecca Stow and Allyson Kulavis were a wonderful Viola and Olivia, both sweet and funny. Marin County Supervisor John Kress (then on our board of directors) turned in a very funny cameo performance as a guru-like, white cloth-clad priest.

We were very proud of the production, with its art deco-inspired sets and costumes and a director’s concept that really worked, adding both depth and humor to Shakespeare’s brilliant play.

a name=”playbillTwelfth”>From the Playbill
“Shakespeare’s Illyria is a fantastical land where extraordinary things can and do happen, not a war-torn battlefield. No one seems bent on toil or industry. The characters eat, drink, carouse, make music and love, and find elaborate ways to enjoy themselves. Not unlike Marin! 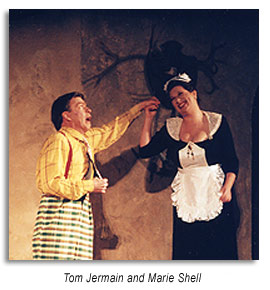 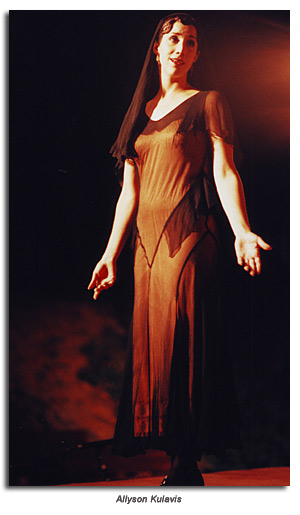 Yet in all this lyrical merriment, Feste’s tunes are a thread reminding us of the constant of death. I started thinking…what if the war had been over for some time; the younger lovers missed it completely.

It’s 1927 and they are immersed in the pleasures of the Roaring Twenties with its jazz music and frenzied pursuit of good times. Sir Toby Belch could have been an officer who witnessed and perhaps even ordered the carnage. A decade of dissipated alcoholism seems an appropriate response.

But Maria remembers and adores Toby from better, pre-war days. Is Toby too damaged to revive their youthful ardor? Sir Andrew Aguecheek, Toby’s pathetic sidekick helps underwrite his excesses but perhaps they were in the same regiment, the same band of brothers. Orsino and Olivia have inherited a light world; through Feste and Toby we glimpse the past and future darkness.”
– Robert Currier 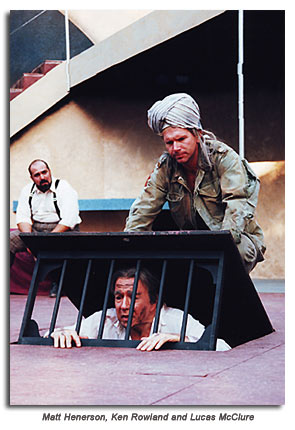 a name=”criticsTwelfth”>What the Critics Said
“There’s a moment toward the end of the Marin Shakespeare Company’s production of ‘Twelfth Night‘ that lingered in my mind well after the final curtain had been called. As hidden identities were unmasked and practical jokers were being revealed upstage, the sad clown Feste, descended to the background to drink in the shadows…With ‘Twelfth Night,’ director Robert Currier has taken one of Shakespeare’s most unsympathetic comedies, and turned it from a masque of self-idolotry into a wonderfully touching theatre of the absurd. The play’s prime success comes in Currier’s initial conception (or re-conception, if you will) of the setting for the fictitious land, Illyria, as a well-to-do 1920’s seaside state, where the memories of the Great War fade with the arrival of a new ‘It Girl’ every few weeks.”
– Jason Walsh, Marin I.J. 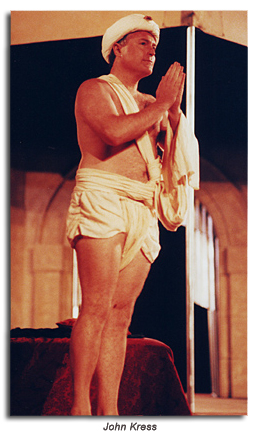 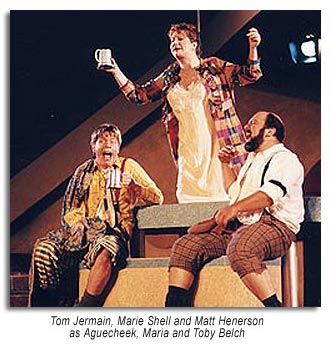 “It’s not everyday, or night for that matter, that County Supervisor John Kress prances around in his underwear. He does every weekend night through Sept. 25, however, during the Marin Shakespeare Company’s performance of ‘Twelfth Night.‘…Kress opens the show as a sea captain, and later, helps close the show as a Hindu priest-like figure, yoga poses and all. Even with Kress’s contributing comic relief, he didn’t steal the show.”
– Shoshana Hershi, Marin Scope 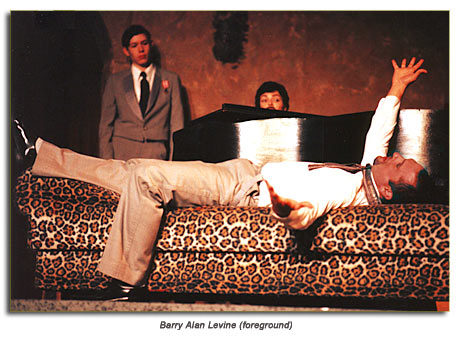 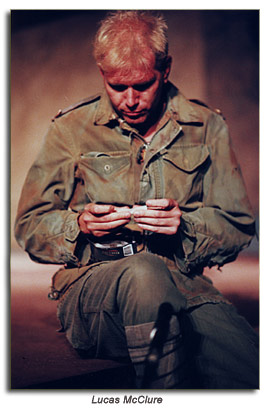 “It’s not fair to distill Marin Shakespeare Company’s production of Twelfth Night into a glowing critique of one character, and a minor character at that, but Lucas McClure’s clown, Feste, was so impressive that I’m inclined to do so anyway.”
– Chrisanne Beckner, Commuter Times 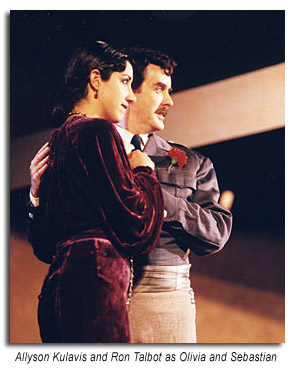 “there is passion simmering under thwarted love duets of all ages, classes and genders…Rowland deserves a full serving of praise for his perfect rendering of [Malvolio.] – Lee Brady, Pacific Sun