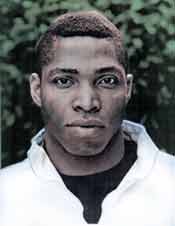 At 6′ 4″ and possessing a deep baritone voice, Aldo is an apt candidate to fill the Forest Meadows amphitheatre with the poetry and pathos of Shakespeare’s romantic tragic warrior, Othello.

Lesley Currier, Marin Shakespeare’s Managing Director, says: “I first saw Aldo at a general audition run by Theatre Bay Area. For a full day, a different actor would come onstage, perform for three minutes for the dozens of assembled casting directors, then disappear. Some actors sang, or did contemporary pieces, a few did some Shakespeare. Imagine my delight when this completely self-assured actor appeared and with a beautifully trained voice launched into a complicated monologue from Henry VI, Part III. I said to myself, ‘we want this guy to be our Othello.'”

It took three years for the Curriers to convince Aldo to accept. He had a baby. He decided to go back and do another season at Ashland. But eventually persistence won out and schedules meshed.

As it turned out, Aldo had always wanted to play Othello directed by a friend, Cynthia White, who had also studied at SMU and also gone on to Ashland, where she worked as an Associate Director for six seasons. Cynthia knew the Curriers and was on their short list of directors they were eager to work with some day.

Says Artistic Director Robert Currier: “One of the great things we’re able to do at a theatre this size is to craft a production around key artists. To allow a lead actor to help choose a director is rare in professional theatre. In this case, since the project took so many years to coalesce, we lucked out and were able to put together a dream team of key artists. It’s really fun when you can do something like that.”

The stars are aligned for this production. As it turns out, 2004 is the 400th anniversary of the first performance of Othello. What a great way to open the 15th season of “Shakespeare Under the Stars.” (More about 2004’s Othello production)

Oliver Goldsmith was not an overnight success. He was born in 1728 and had an unremarkable career as a student at Trinity College, Dublin where his life was miserable and poverty-ridden. Upon graduation in 1749 which was also the year in which his father died, he attempted to work as a tutor but lost his position due to a quarrel and he made plans to emigrate to America where he could make a fresh start. He failed, however, to carry out this plan and missed his ship, which sailed without him.

He was given a helping hand (and some ready cash) and determined to enroll as a student of law. However, upon returning to Dublin the money was lost in gambling and Goldsmith changed his plans once again when two years later a backer gave him an endowment to pursue the study of medicine. For a year and half, he attempted to succeed in this new endeavor, but eventually — without completing his courses — he gave up anatomy and became a continental tramp, supporting himself as a busker by playing his flute.

Finances demanded that he return to London, and in 1756 he offered up  his services as a writer and took on any assignment including  translations, histories, and children’s books that allowed his  brilliant but somewhat superficial wit to gain an income to support his lifestyle which included too much drink and gambling to allow either peace of mind or good health. His writing did, however, gain him a reputation and considerable popularity.

Goldsmith claimed that She Stoops To Conquer was based on a biographical experience. As a student, having been given a small amount of money, he chose to celebrate the closing of the school term by spending the night at an inn, which was for him at that time a novel experience. He stopped off at a town and asked directions of a local, who directed him — as a joke — to the home of a prosperous squire. The squire’s family kept up the joke and Goldsmith spent the night at their house, apparently with considerable swagger and a resulting shame upon learning in the morning of the trick that had been played upon him.

The play itself was considered quite modern and naturalistic when it opened and enjoyed an immediate success. It has since been recognized by no less than Samuel Johnson as the best play of its era and it has been delighting audiences for almost 200 years. Goldsmith is also the author of the well-know novel, The Vicar of Wakefield. He died in 1774.
(More about 2004’s Production of She Stoops to Conguer) 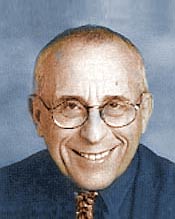 Jim Dunn has been up in the saddle as the director of more Shakespeare plays in Marin County than any other theatre artist. But by far his most successful Shakespeare production is his Wild West Taming of the Shrew. Jim got the notion for it when he was a young teacher at the College of Marin (some say he was out riding the hills on his horse, others swear the idea struck him at the local saloon.) Jim decided to mount the show with his students (which included an equally young Robin Williams) and then, because it turned out to be a darned good show and Jim had just as much gumption as the next fellow, he decided to take it on over to the Edinburg Festival in Scotland. Well, those Scotch play-goers had never seen the likes of Shakespearean lasses with lassos and Shakespearean signors with spurs. The production was such a hit at the Festival that it had sold-out houses and Princess Margaret, hearing of a group of American students putting on a Shakespeare play in cowboy boots, requested a private command performance.

Upon returning to the states, The Taming of the Shrew continued to charm the petticoats off even the prettiest gals and tickle the funny bones of the dandiest dandies. Jim and some of the actors just off and went to mount a commercial production in San Francisco where the play — a Shakespeare play — ran for six months straight. Well, Jim was about ready to pack up his saddlebags and mosey on off to put on some other plays at the College and up on old Mount Tam, but this darn Taming of the Shrew kept turning up like a bad penny.

He took it to P.C.P.A. He took it to the Denver Theatre Center. He rode it all the way on down to San Diego’s Old Globe Theatre. Well, that Jim, you know, he never could shake it. And when he started hemmin’ and hawin’ and finally brung up the ideer of doing it one more time right back here in little old Marin County where the whole thing started, well, you know it just had to be.

So mosey on over to Forest Meadows later on this summer and catch yourself some good old whoop-de-doo fun. This one’s a good one, folks.  Saddle ’em up. (More about 2004’s The Taming of the Shrew)