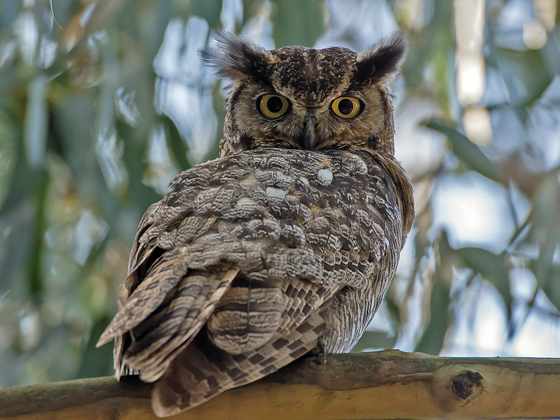 Shakespeare’s Birds Walk & Talk   Linda Swanson and Mary Ann Koory lead a free Bird Walk each year at the Forest Meadows Amphitheatre.  Here’s how it all got started…… 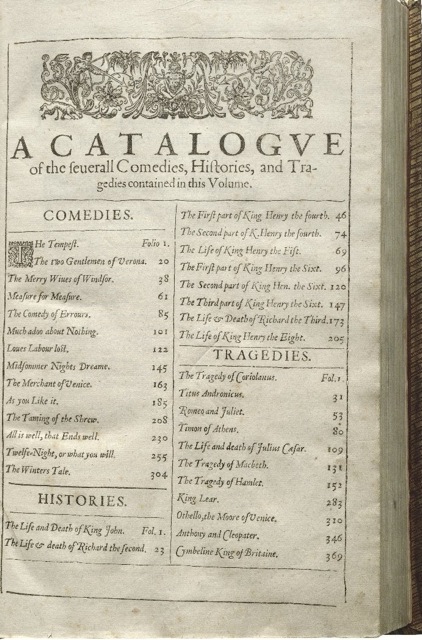 By Dr. Mary Ann Koory Cymbeline poses category problems. The editors of the First Folio in 1623 listed it under “Tragedies,” which, when you consider that the play ends with: joyful reunions between husband and wife and father and daughter; the return of two sons and heirs to their father and king; the deaths of… 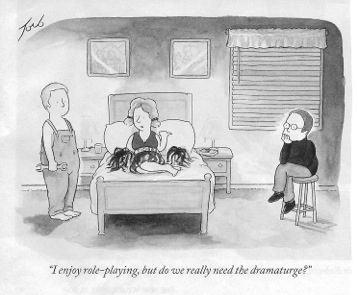 By Dramaturg(e) Dr. Mary Ann Koory This cartoon appeared in the April 13 issue of the New Yorker.  I feel fortunate (though perhaps also a little disappointed) that no one has ever asked me to critique their personal role-playing, though it is probably just as well.  The role of a dramaturg (“dramaturge” is the alternate… 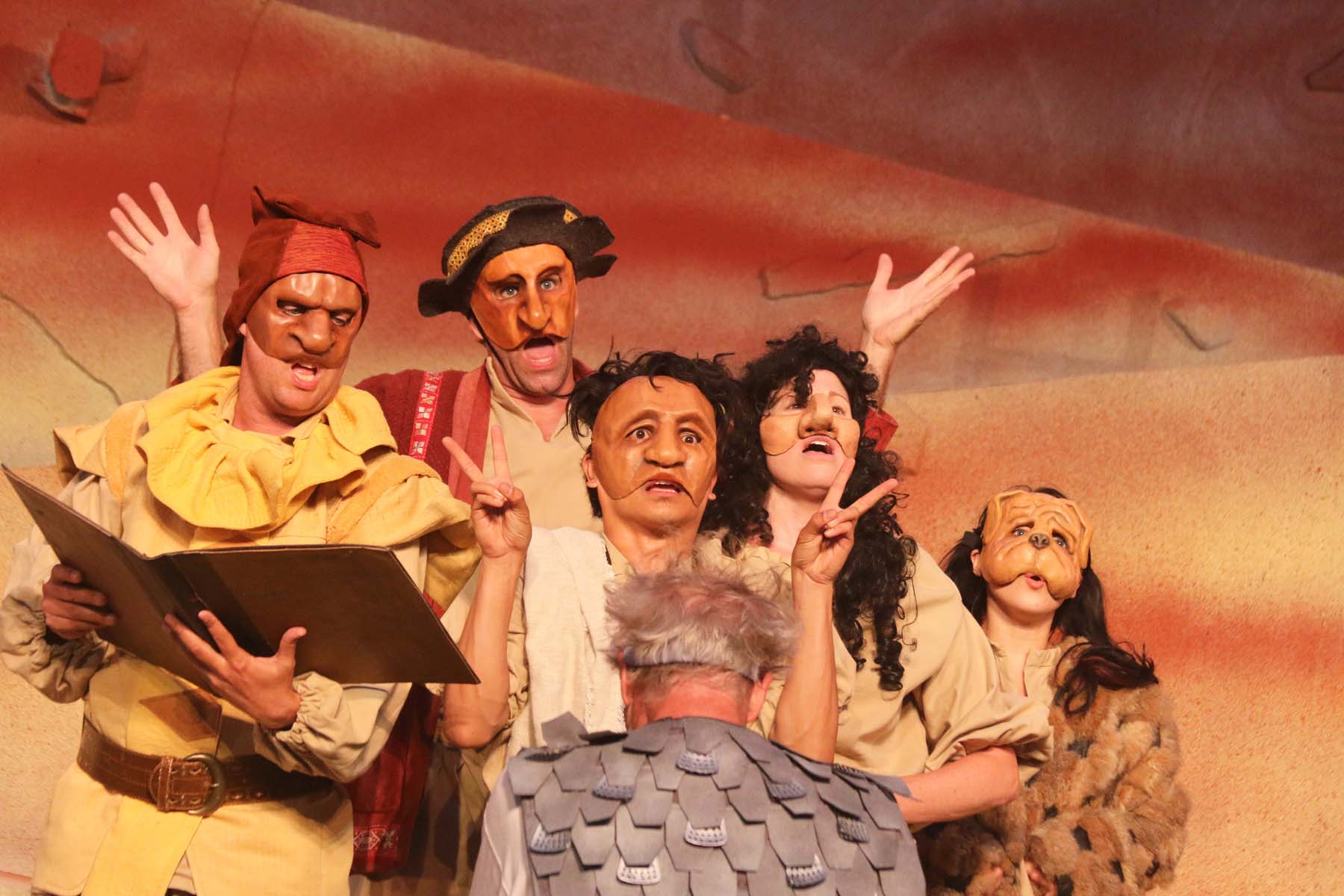 By Mary Ann Koory, Ph.D. Marin Shakespeare Company’s production of Don Quixote, on a stage that usually features the works of Cervantes’ fellow writer, Shakespeare, in the style of the Italian Renaissance theater, the Commedia dell’Arte, gives us an opportunity to watch the intersection of stories and performance traditions usually kept apart by various kinds… 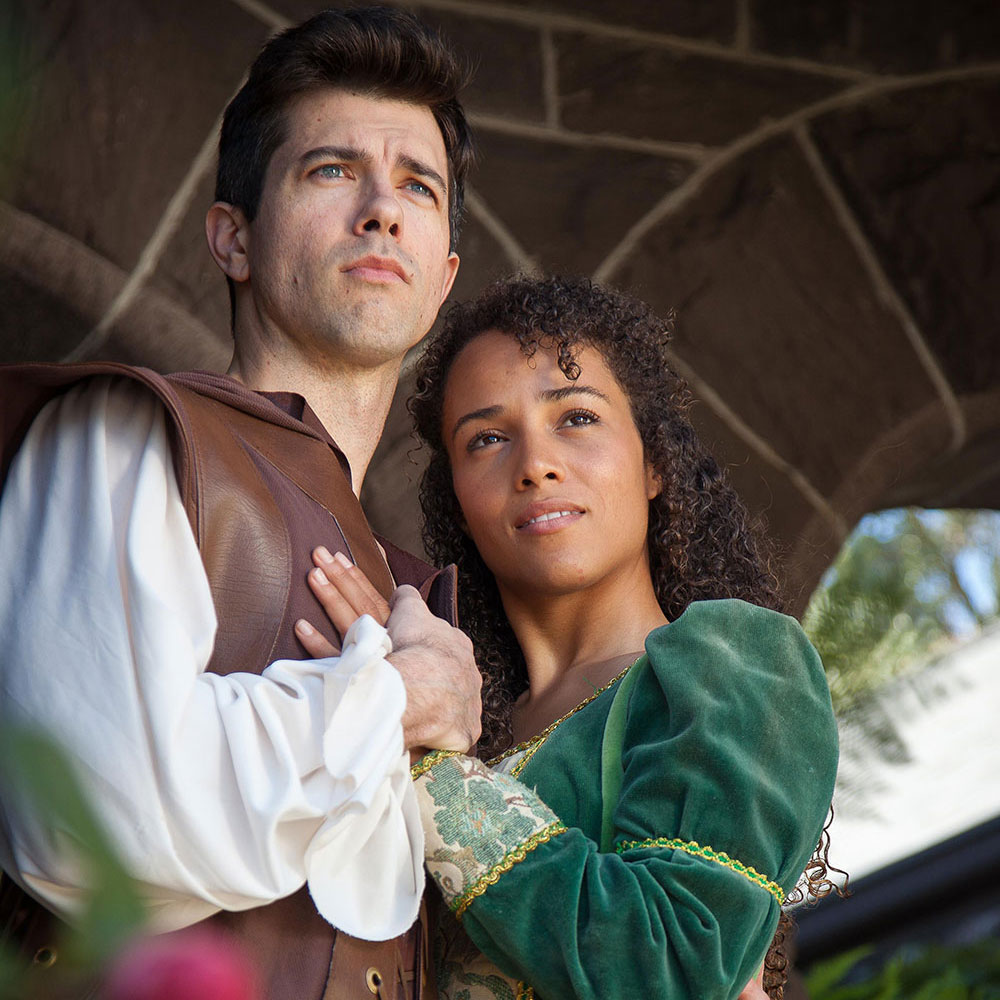 I think Shakespeare loved lingos; he used them dramatically to show us who characters think they are, and he loved them in themselves for their strange and beautiful words.

If he were still around, he would surely have appreciated one unexpectedly entertaining consequence of the trial of the venture capital firm Kleiner Perkins Caufield & Byers for discrimination against plaintiff Ellen Pao: the chance to scrutinize the specialized language that the tech industry uses.

At one point, a member of the jury posed a question to a witness, a senior partner in the firm, about his lingo. What is the difference, the juror asked, between a “thought leader” and an “expert”?

The answer? There is no significant difference between a “thought leader” and an “expert,” except for the need for a glamorous, self-involved industry to set itself apart. Geoffrey Nunberg, a linguist who teaches at UC Berkeley’s School of Information, explained why the tech industry tends to have its own words for perfectly ordinary concepts like “expert.” They prefer jargon, Nunberg said, with words that sound like “something grander than the things that everyone else is doing.”

Whether or not being a techie is grander than being everyone else, creating a “lingo,” specialized language or jargon unintelligible to those outside a group, is a common — one might even say ordinary — way for a group to signal its exclusivity. Think of teenagers. Or the military. Or lawyers.

The practice is probably as old as language is: I can easily imagine the hunter-gatherers speaking loftily and obscurely about Wooly Mammoths to stay-at-home cave men and women.

Luckily for them, there were no Neanderthal lawyers. Yet.

One lingo-using target of Shakespeare’s satire was the courtier and his flowery, hyperbolic speech.

In Twelfth Night, for instance, Cesario greets Olivia with this nonsensical flourish: “Most excellent accomplished lady, the heavens rain odours on you.” Sir Andrew Aguecheek, a social-climbing dolt, is impressed: “That youth’s a rare courtier; ‘rain odours’ – well.” (TN, 3.1.76-79)

In As You Like It, the jester Touchstone asserts his higher status as a courtier to the rustics in the Forest of Arden. You might remember the speech below from last summer’s production, delivered with hilarious intensity by Adam Roy as Touchstone:

Therefore you clown, abandon – which is in the vulgar, “leave” – the society – which in the boorish is “company” – of this female — which in the common is “woman”; which together is, abandon the society of this female, or, clown, thou perishes; or, to thy better understanding, diest; or, to wit, I kill thee, make thee away, translate thy life into death, thy liberty into bondage. I will deal in poison with thee, or in bastinado, or in steel. I will bandy with thee in faction, I will o’errun thee with policy. I will kill you thee a hundred and fifty ways. Therefore, tremble and depart. (AYLI, 5.1.43-52)

Touchstone’s rhetoric is designed to defeat poor illiterate William without actual violence. The speech contains ten different synonyms for murder and ends with a threat to kill him in a hundred and fifty different ways. It is an example of linguistic — forgive me — overkill.

In Cymbeline, as you’ll see this summer at the Forest Meadows Amphitheatre [https://www.marinshakespeare.org/pages/ticketorder.php], Iachimo, an egotist, uses courtier-speak for self-display, even when the occasion calls for simple communication. At a tense moment in the action, Cymbeline asks him to explain what happened between Posthumous and him. Iachimo begins:

Upon a time – unhappy was the clock
That struck the hour – it was in Rome — accursed
The mansion where – ‘twas at a feast – O, would
Our viands had been poisoned, or at least
Those which I heaved to head! – the good Posthumous –
What should I say?
(Cym, 5.6.153-58)

Six lines and he hasn’t even finished a sentence yet. You can imagine our juror later asking Iachimo, “What is the difference between ‘viands’ and ‘food’? Is ‘heaving’ them to your ‘head’ the same as ‘eating’?”

16th-century European courtiers spoke in a style that was designed to demonstrate, with every extended metaphor and fancy synonym, that its speaker was extraordinary, a superior sort of person who doesn’t indulge in mundane activities like eating dinner. Courtly lingo asserts the same social and intellectual superiority that techspeak signals for its hoodie-wearing 21st-century practitioners.

When Shakespeare is not using lingo to skewer the self-aggrandizement of its speakers, he seems to delight in the strange and lovely terms specific to a microcosm. In Henry IV, Part I, Prince Hal announces that he has just spent a few hours with bartenders and, as we would call them in our politically correct terminology, “food service workers” at the Boar’s Head Tavern. The Prince gleefully shows off the colorful jargon of professional drinkers he has learned:

“They call drinking ‘deep dying scarlet,’ and when you breathe in your watering they cry ‘Hem!’ and bid you ‘Play it off!’ To conclude, I am so good a proficient in one quarter of an hour that I can drink with any tinker in his own language during my life.” (1Hen4, 2.5.14-17)

There doesn’t seem to be any regal condescension in this moment: Hal genuinely likes the feel of the new words in his mouth.

I think Shakespeare, poet, actor and playwright, speaks momentarily here through Hal, the consummate role-player. Shakespeare must have taken professional pride in picking up various lingos – of tinkers, bartenders, lawyers, sailors, doctors, and courtiers – and poetic pleasure in putting them in the mouths of his characters.

Sunday night was Closing Night for Marin Shakespeare’s 2014 production of As You Like It. I was there with about a dozen friends and students. Part of my responsibility as dramaturg, I have decided, is to bring as many people to the shows as I can, especially those who have never attended a Shakespeare play. I…

Banquo asks this of the Three Witches at the beginning of Macbeth: “If you can look into the seeds of time, And say which grain will grow and which will not, then speak to me . . .” (1.3.152) If today we were to run into Weird Sisters, say in the parking lot of Whole Foods,…

“The Arden Forest is like all Shakespeare forests, except that it is possibly more amazing, as if it contained, repeated or foretold them all. Shakespearean forests are real and enchanted, tragic and grotesque; pathetic and lyrical scenes are performed in them . . . The Forest of Arden [is] the most English of all Shakespearean…

Before we spend time in the green and pleasant place that is the Forest of Arden in As You Like It, I – like Jaques, perversely insisting on the bitter in the midst of sweet – would like to make a case for the literary forest as a study in chiaroscuro, a place where shade contrasts…